Obviously being mini-ITX, this is a pretty compact motherboard. However, Super Micro has worked hard to pack in plenty of high-end features despite the compact form factor. It’s a fairly tidy looking board too, with a black PCB, and all other hardware finished with metallic brightwork. 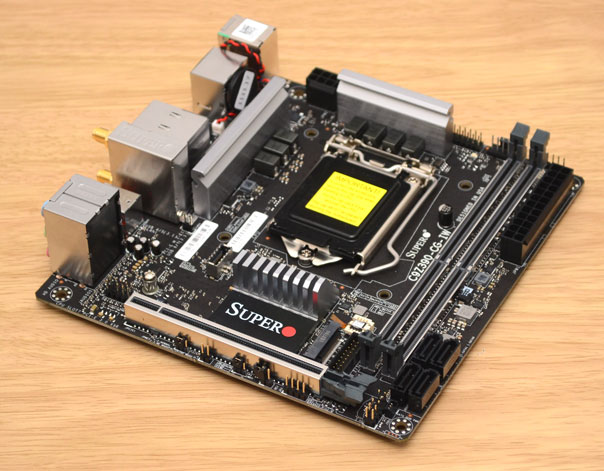 On the bottom row, there’s a single full-size PCIe slot, with reinforcing armour. Supporting the weight of a huge GPU shouldn’t be any issues here. 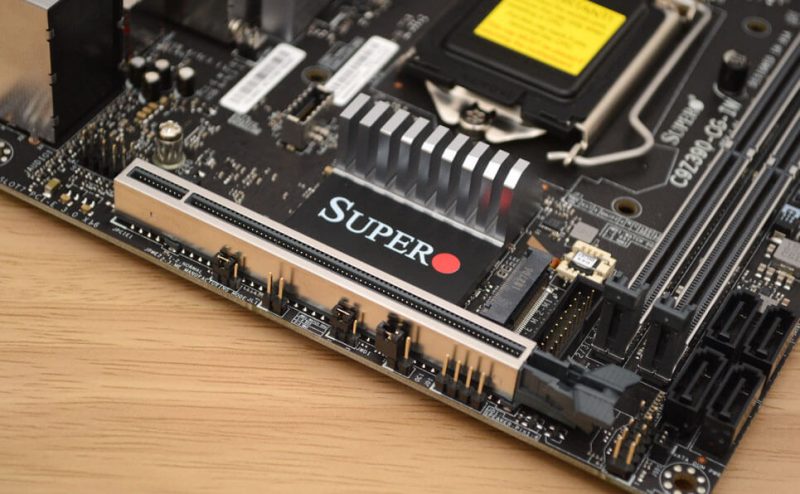 Just above that, you’ll find a small chipset heatsink, with a cutaway that allows room for an M.2 drive to squeeze in there while providing some under support for the drives PCB. There are USB 3.0 and Type-C front panel headers tucked in either side of it also. 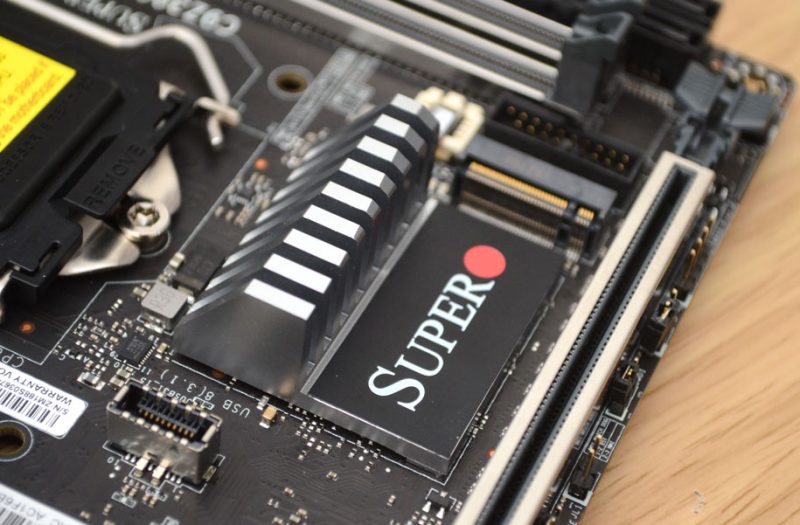 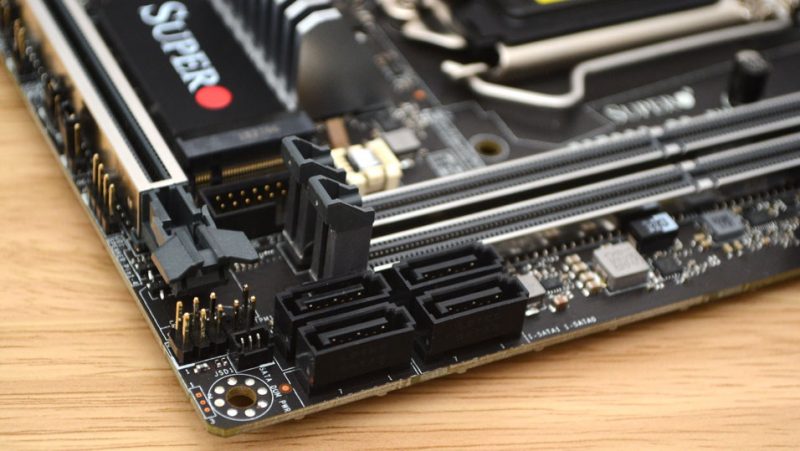 There are two DIMM slots on the motherboard, and just like the PCIe, they’re reinforced to prevent the motherboard from flexing. Plus, they add to the aesthetics, as well as improve the build quality. 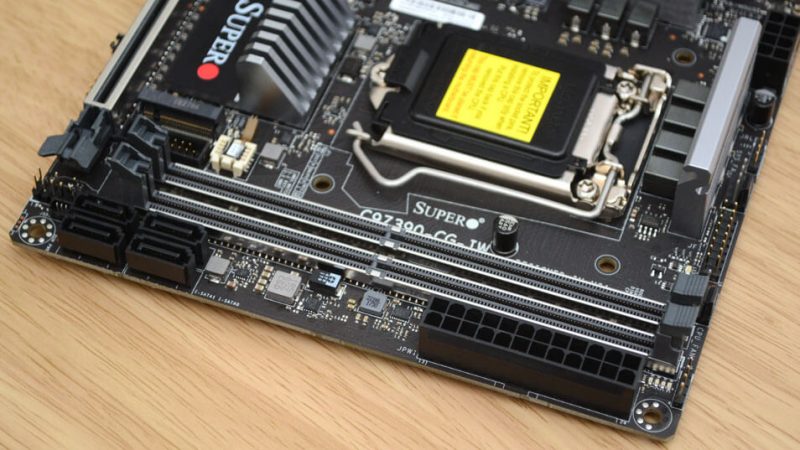 The CPU draws its power from a single 8-pin CPU connector on the top of the motherboard. This is a lot less than most other Z390 which have either 8+4 or 8+8, limiting the motherboard to 120W TDP CPUs. This is likely more limiting in that the board isn’t going to push a flagship CPU beyond 5 GHz, but that shouldn’t be a big deal for the intended customer. 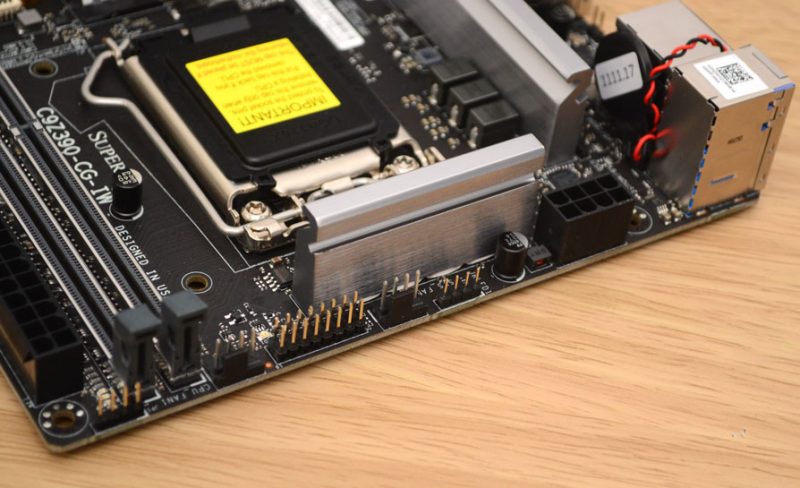 The CPU features a less robust power delivery than its big brothers. However, it’s still decent enough for the size of the motherboard. There are still two large heatsinks here too, which should help keep things in order with the i9-9900Ks max boost of 5 GHz, which we know to run quite hot. It uses a 3+2 Phase regulator. 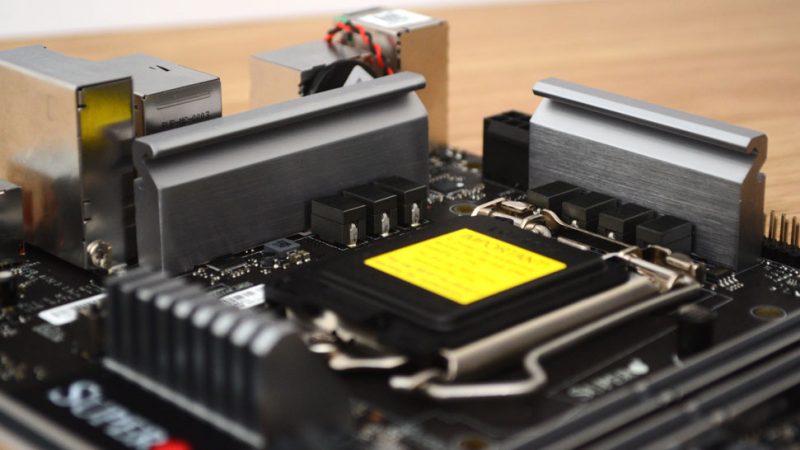 The rear I/O is pretty well equipped, with six USB ports, including two Gen 1 ports, three Gen 2 ports, and a type-C connector. Of course, you also have DP and HDMI, LAN and WiFi here also.

Finally, on the reverse of the motherboard, you’ll find they’ve snuck in one more M.2 drive mount, giving us two in total. 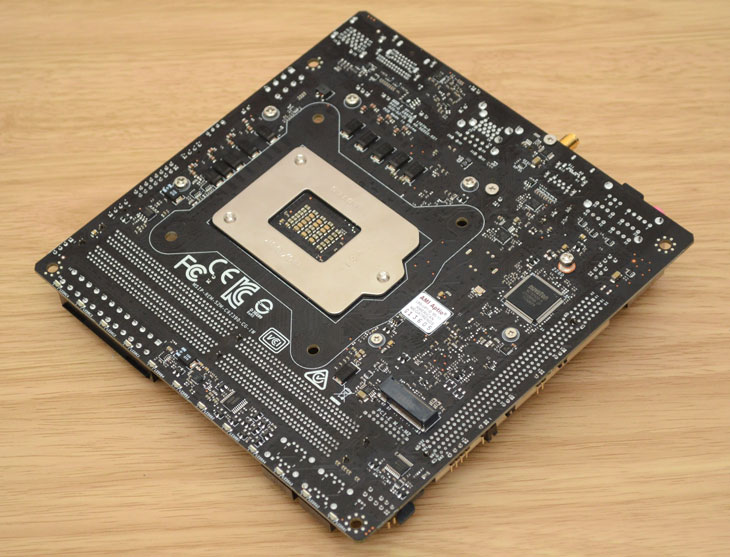