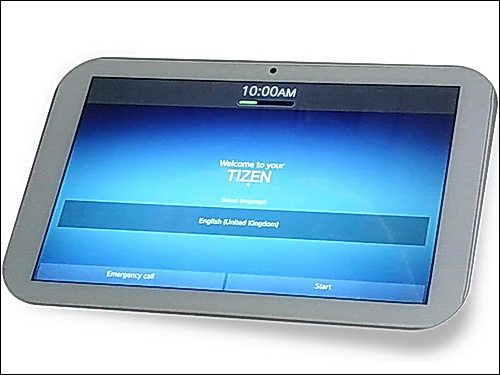 The Tizen operating system is essentially a WebKit runtime running on top of the open source Linux Kernel and it was developed with some key players like Intel, Samsung and the Linux Foundation. The Source Developer Kit (SDK) of Tizen 2.0, the latest incarnation, is entirely licensed to Samsung so despite the open-source nature of Tizen 1 the newly released Tizen 2 “Magnolia” is proprietary. Yet we are now seeing the first tablet on the market running this Tizen OS courtesy of Japanese company Systena according to a report by NotebookCheck.com. If we ignore Android tablets for a second this is probably one of very few Linux powered tablets in existence.

The hardware of this Tizen powered tablet is impressive as it boasts a 10.1 inch 1920 by 1200 WUXGA display, a quad core 1.4GHz ARM Cortex A9 processor, 2GB of DDR3 RAM, 32GB of storage, N WiFi,  dual cameras and a microSD card slot for storage expansion. As we’ve mention the device runs the Tizen 2.0 “Magnolia” operating system but is expected to get Tizen 2.1 when that is released for general usage.

While the tablet market is currently crowded out by Android and iOS, and Windows based operating systems to a much lesser extent, we could see Tizen take off if it is successful. Furthmermore with Ubuntu currently being worked on for tablets and smartphones and Mozilla developing their FireFox OS as a rival to Android it could be an exciting new year for fresh tablet innovations.