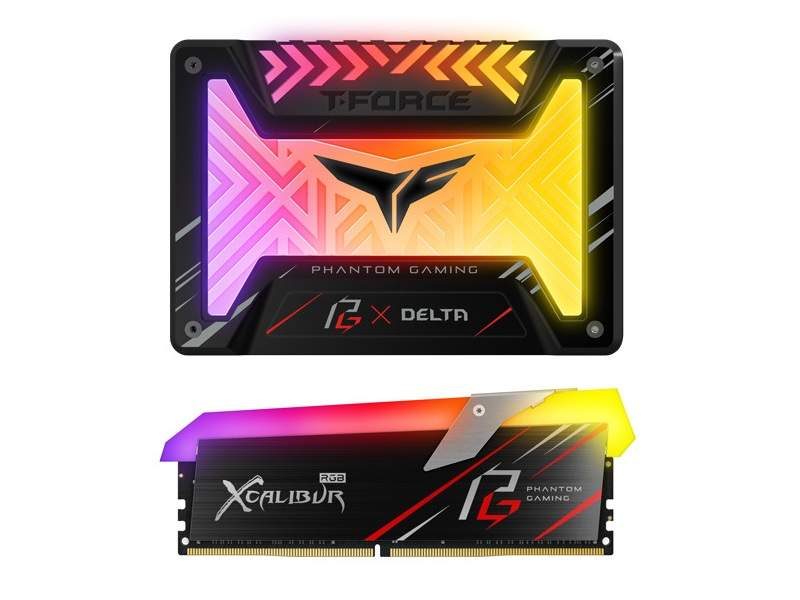 Taking a cue from ASUS‘ playbook with their TUF brand, it appears that ASRock is also following suit with co-branding their Phantom Gaming line. This time ASRock is teaming up with storage and memory manufacturer Team Group. The result is the new T-Force XCalibur RGB DDR4 and T-Force Delta RGB SSD. 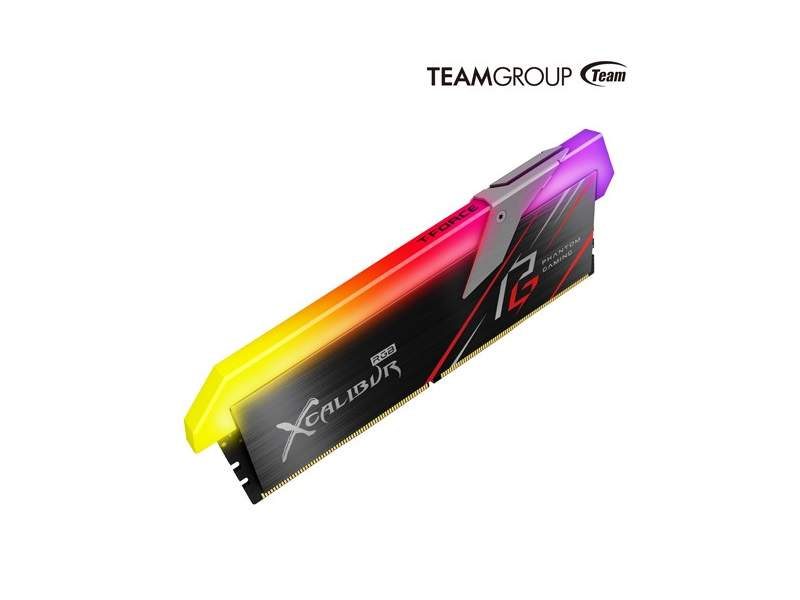 As you might have gathered from the name, both these products feature RGB LED lighting prominently. In addition, they also sport aesthetic styles which go well when paired with ASRock Phantom Gaming video cards and motherboards.

The XCalibur RGB for instance has a brushed metal aluminium heatspreader with the Phantom Gaming logo. At the top, it has a built-in LED diffuser and requires no wires to run. It draws power directly from the DIMM slot. 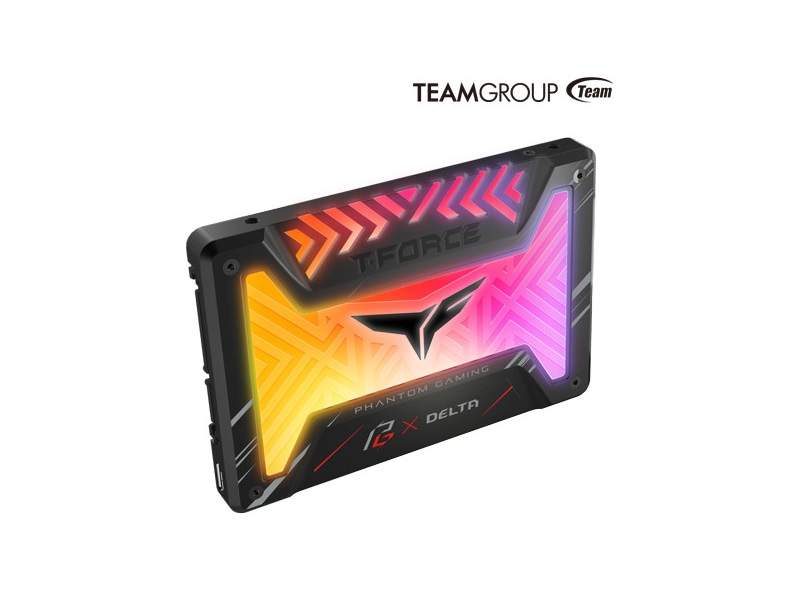 The T-Force Delta SSD on the other hand has RGB LED lighting where the paper label normally is. It uses the standard SATA connector and requires an additional connector for the ARGB LED. Due to the additional RGB functionality, it is slightly thicker than the 7mm SSD standard at 9.5mm.

Inside, the T-Force Delta SSD leverages 3D NAND and has read speeds up to 560 MB/s. Team Group offers these in 250GB, 500GB and 1TB capacities.

How Much are These T-Force Phantom Gaming Products?