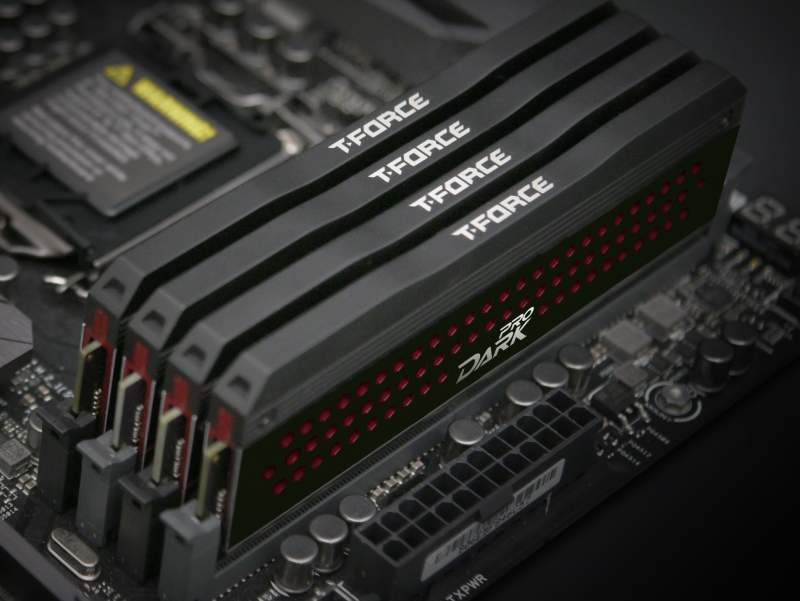 TeamGroup is announcing a faster memory option from their T-Force Dark PRO DDR4 series. The series is initially available in 3000, 3200, and 3333MHz kits. Now it is also available in faster 3466MHz modules. This gives those with a second generation AMD Ryzen CPU the advantage of better performance.

The Ryzen architecture benefits greatly from faster RAM through its Infinity Fabric technology. Users can clearly see a distinct difference between a 2133MHz or 2666MHz RAM on this platform unlike with Intel. Especially moreso with clock speeds reaching 3200MHz or higher. The new 3466MHz kit comes with CL16-18-18-38 timings.

As usual, the TeamGroup T-Force Dark PRO DDR4 series is available in gray with either black or red trim. The “trench design” heatspreader itself is CNC machined clean, and is elegant looking compared to most RAM coolers.

Is the TeamGroup T-Force Dark PRO Compatible With Intel Motherboards?

Yes. All TeamGroup T-Force Dark PRO series DDR4 memory is XMP 2.0 compatible. Which means users can easily load the overclocked timings and values easily without manually setting them. Most motherboards have a single button or single click option for that these days.

So even if you do not have an AMD Ryzen 2000 system, you can still use the T-Force Dark PRO DDR4 on any motherboard which accepts full size DDR4 memory modules.