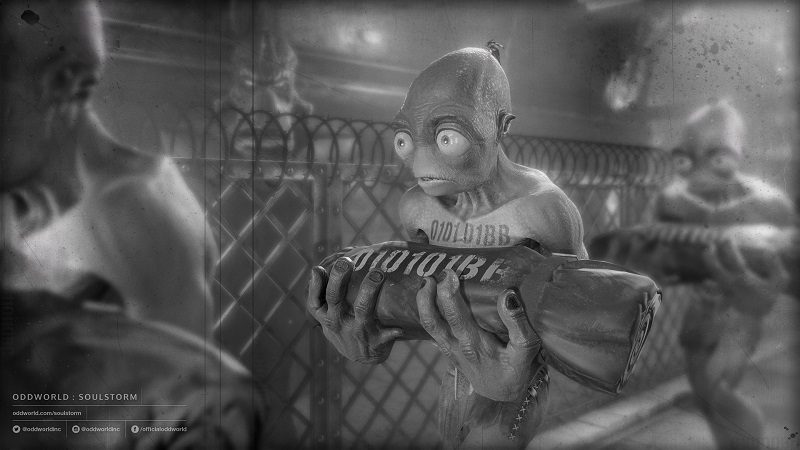 Are you a fan of the Oddworld series? Do you find yourself reading the following in Abe’s voice? “Hey, wait, follow me, OK!” and are you eager to play more games from the iconic series? That’s a triple yes from me!

The first image for the sequel to Oddworld: New ‘n’ Tasty has been released, Oddworld: Soulstorm. Unfortunately, the developers haven’t released any more information at this time, so there isn’t really a lot to go on, but at least with this being a direct sequel to New ‘n’ Tasty, we can expect similar themes and gameplay going forward.

No word on release format either, but given the last game made great use of the Unity Engine, it would be safe to assume the same is true for this release. It’s also logical to assume the game will get released on consoles and PC just like the last one, we hope.

Fortunately, we shouldn’t have long to wait, with the game expected to release in the second half of 2017!