Recently, I’ve had a look at a few portable wireless storage devices, which as a concept are fantastic in my mind and they have taken to the markets like a storm and as a result, everyone wants to hop on the same bandwagon. Whilst these small devices are great for what they do, it goes to show that mobile products that offer the functionality of their static counterparts are a lot more handy than we may think and this leads us to the product that I have to write about today.

When travelling, having a means of connecting to the internet is vital for many people and when In most hotels, the cost of WiFi can be expensive, or where there is a wired connection available, there is only once connection at that. The idea of carrying around a wireless router for some is a good idea, but they are inherently bulky and consequently are not the most convenient of items to carry around.

Tenda are a Shenzhen based company that have been producing networking products since 1999 for the consumer, SOHO and SMB markets and just recently they have been developing a line of portable wireless routers like I have to look at today – ideal for on the go networking. With a single LAN port and powered via USB, the W150M offers up a multitude of wireless routing functions including an access point, bridge, router, WISP amongst others and with a large number of the features that you generally expect to see on a desktop router as well. 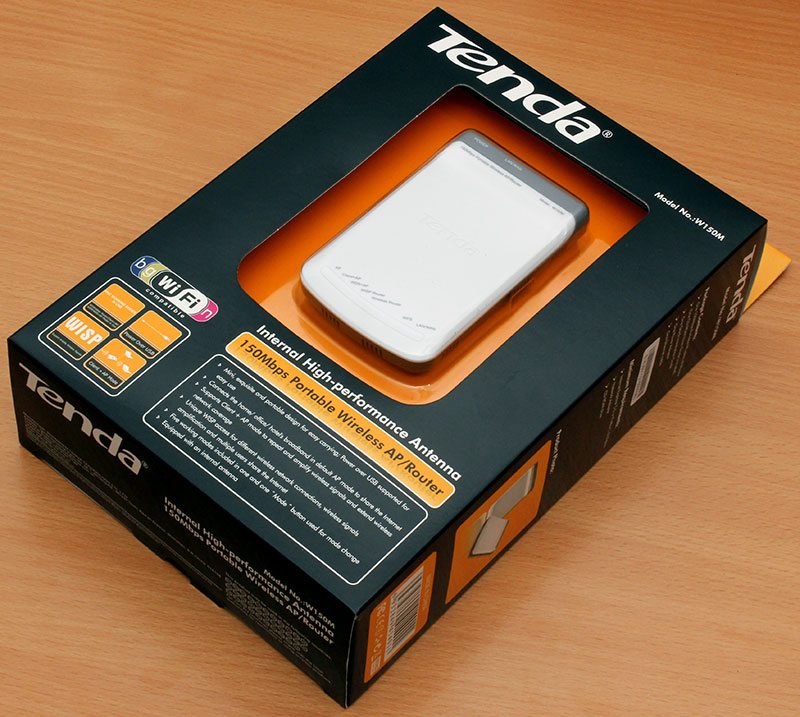