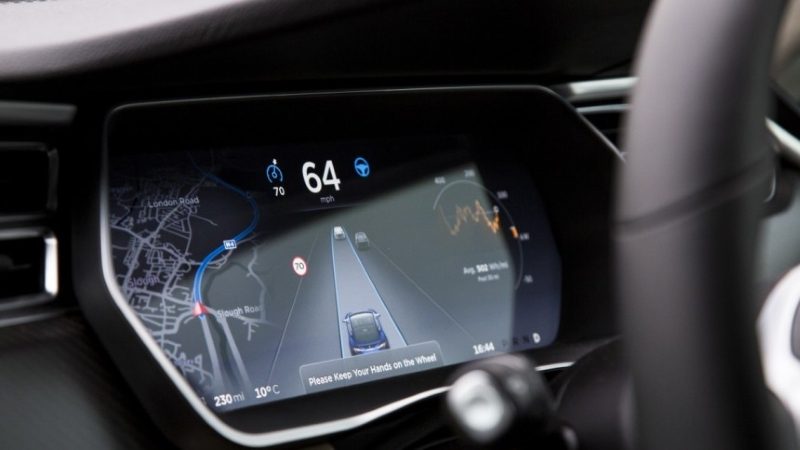 Earlier this month, Elon Musk, Tesla’s founder, teased an upcoming update to the autonomous driving assist system, Autopilot. Musk noted that the 8.0 update to the software would provide more advanced processing of radar signals, but now the visionary entrepreneur has detailed just what this will mean for Autopilot.

All Autopilot equipped cars since October 2014 have had an onboard radar system included in the Autopilot hardware suite, but prior to the newest update, this system has served only in a supplementary role to the vehicle’s primary camera imaging systems. Now, Tesla believes that the radar systems could be used in place of the cameras as the primary control sensor for Autopilot. During weather conditions where vision is impaired, such as fog, snow, rain and dust, radar suffers no difficulties, however, due to how radar sees other physical objects. Humans are almost translucent on radar, other materials such as wood and plastic are almost invisible and metal objects such as a discarded tin can could provide the system with a major false positive.

In order to tackle this, Autopilot 8.0 has a number of improvements to the radar system, despite having unchanged hardware. The updated radar suite will be capable of tracking six times as many objects, which will be combined with a way to assemble a number of these radar snapshots into a 3D “picture” of the world around the vehicle and allow it to tell whether objects around it are real from changing angles and if they are moving or stationary.

The most difficult challenge is the risk of false positives from the system, whether from features on the road surface or overhanging objects when the road dips beneath them and the onboard GPS height systems are not enough to confirm whether they are safely overhead or a real danger. In order to counter this, Autopilot 8.0 will include fleet learning features, where the system will take note of the stationary physical objects around the car and map them and then compare that picture and suggested action to the driver’s real action and upload it to Tesla’s database. When a number of cars successfully make it past the same object, it will be added to a whitelist and allow the system to begin using the radar to brake when the chance of a false positive is low enough.

With the amount of companies competing with their own self-driving offerings, Tesla’s fleet of cars already on the road already provide the company with significant real world data from cars operated to the general public. Now, combined with the fleet learning radar system Tesla will be armed with even more data and a system better poised for the real world than any others. For those with an Autopilot enabled Tesla, the update is expected to be rolled out within the next two weeks.