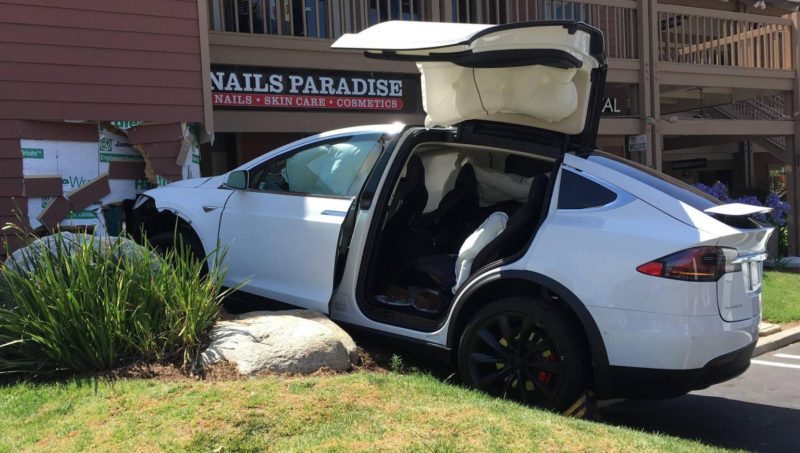 A Tesla Model X owner who, with his wife, was involved in a crash, has blamed the car’s autopilot feature for the accident. Puzant Ozbag crashed his Tesla into a building in Irvine, California at high-speed, and the driver accused the car itself of causing the crash after it accelerated on its own.

“Our 5 day old Tesla X today while entering a parking stall suddenly and unexpectedly accelerated at high speed [sic] on its own climbing over 39 feet of planters and crashing into a building,” Ozbag wrote on the Tesla Motors forum. “The airbags deployed and my wife’s arms have burn marks as a consequence.”

“This could have easily been a fatal accident if the car’s wheels were not turned slightly to the left,” he added. “If they were straight, it would have gone over the planters and crashed into the store in front of the parking stall and injured or killed the patrons.”

“The acceleration was uncontrollable, seemed maximum and the car only stopped because it hit the building and caused massive damage to the building,” Ozbag continued. ”This is a major problem and Tesla should stop deliveries and investigate the cause of this serious accident.”

Ozbag posted the following photos of the accident: 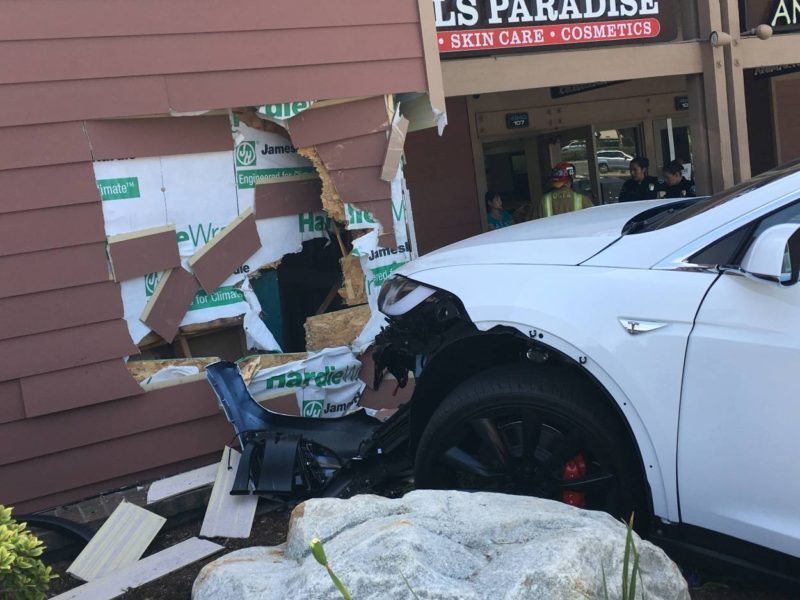 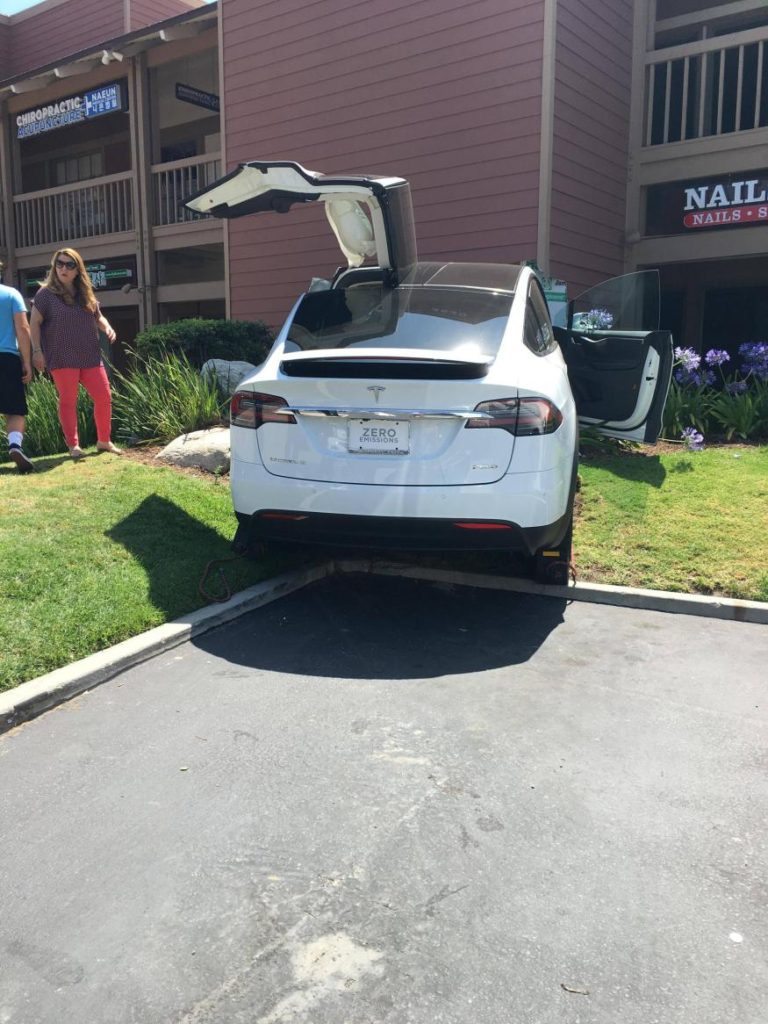 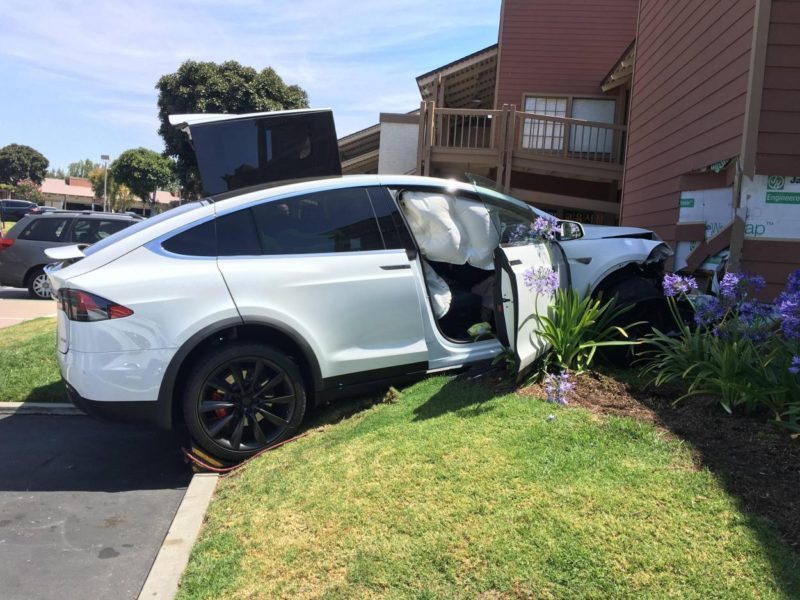 Tesla, however, has denied Ozbag’s accusations, blaming the crash on him alone.

“We analyzed the vehicle logs which confirm that this Model X was operating correctly under manual control and was never in Autopilot or cruise control at the time of the incident or in the minutes before,” a Tesla spokesperson told Electrek. “Data shows that the vehicle was traveling at 6 mph when the accelerator pedal was abruptly increased to 100%. Consistent with the driver’s actions, the vehicle applied torque and accelerated as instructed. Safety is the top priority at Tesla and we engineer and build our cars with this foremost in mind. We are pleased that the driver is ok and ask our customers to exercise safe behavior when using our vehicles.”