Tesla Model S Burns to the Ground on Test Drive! 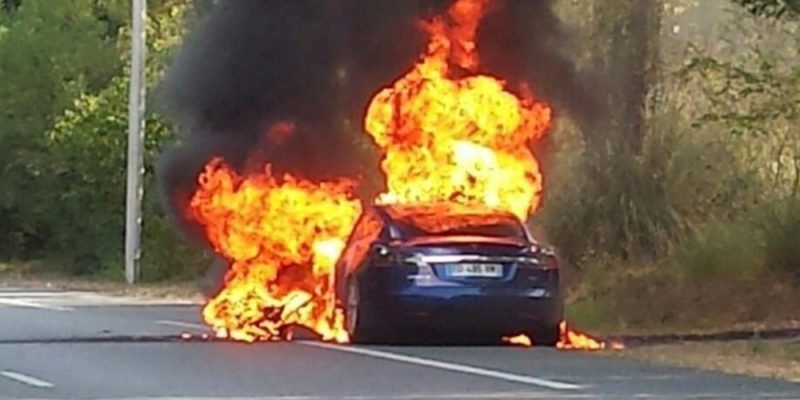 You know how they always say try before you buy? Sounds like a good decision on the best of days and even better for one group who decided to take a Model S for a test drive in the southwest of France when the Model S burst into flames.

In the car at the time were four people, at least one of which was a Tesla employee. Luckily the group all escaped the car before it was “totally destroyed” within five minutes of the car starting to catch on fire.

A tweet from Cedric Faiche shows the Model S engulfed in flames, with not much left to identify the vehicle.

The driver of the vehicle is reported to have said that they were accelerating along the main road when they heard a loud noise. The car then displayed a warning message, upon which the Tesla employee asked them to stop and leave the vehicle. The driver has been quoted as saying “in less than a minute, the car was in flames and, in five minutes, it was totally destroyed”.

While this is not the first time a Model S has burst into flames, the traditional cause of the incident is a puncture to the lithium-ion battery pack. The alternative is that something happened with the cars power system. Either way, Tesla are working with French authorities to investigate and track down the cause of the incident.