Tesla’s Bioweapon Defense Mode Could Add Years to Your Life 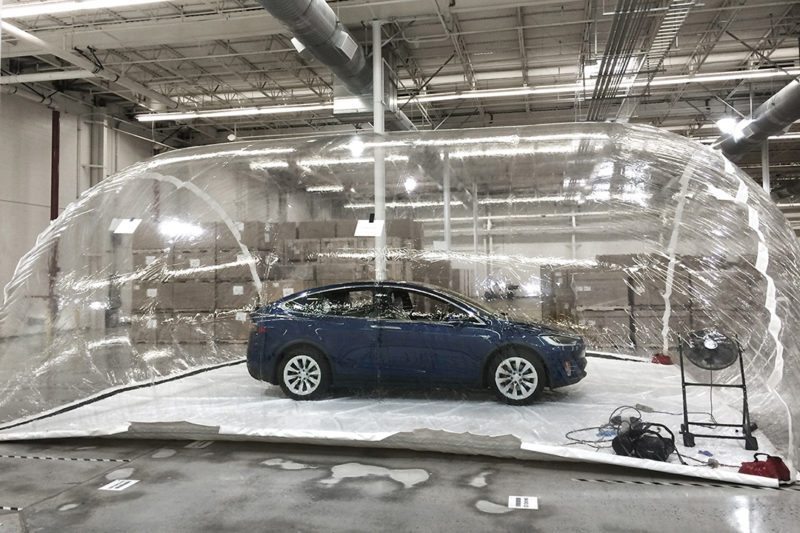 Yes, Tesla Motors really has introduced a feature in its cars called “Bioweapon Defense Mode”, because founder and CEO Elon Musk is apparently terrified that, should the plot of Mad Max come to pass, motorists will be left with dilapidated buggies rather than his premium electric cars. “This is a real button,” Musk said during the unveiling of the Tesla Model X back in October 2015, “a Bioweapon Defense Mode [button] […] We’re trying to be a leader in apocalyptic defense scenarios. [The protection is] on the levels of a hospital room.”

The Bioweapon Defense Mode, though, isn’t only designed for use during the apocalypse – despite its specific name – and includes a HEPA filter, which can prevent pollen, bacteria, and pollution from entering the vehicle’s interior via the air conditioning system. To show its effectiveness, Tesla has put the function through its paces, and results could have a positive impact on the life of motorists.

“We developed a HEPA filtration system capable of stripping the outside air of pollen, bacteria, and pollution before they enter the cabin and systematically scrubbing the air inside the cabin to eliminate any trace of these particles,” the Tesla blog reads. “The end result is a filtration system hundreds of times more efficient than standard automotive filters, capable of providing the driver and her passengers with the best possible cabin air quality no matter what is happening in the environment around them.” 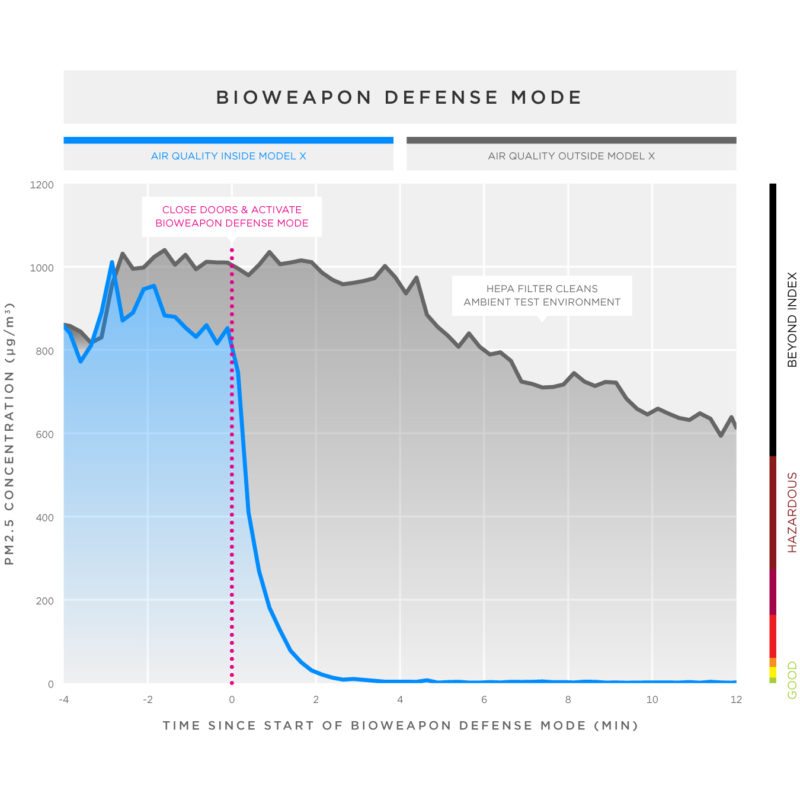 Granted, the severe levels of pollution seen in this experiment are only experienced in, say, industrial regions of Beijing, but even low-level pollution can have a detrimental effect on people’s health, so anything that can help protect against that can only be a good thing.