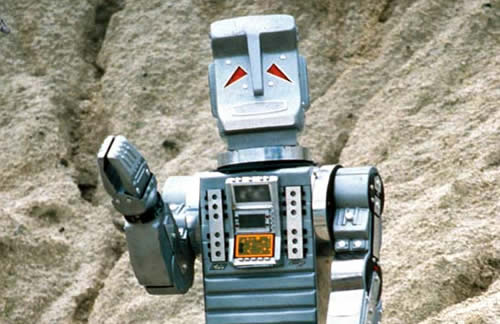 Don’t Panic! In a special celebration of all things “Hitchhiker’s”, BBC Radio 4 Extra is bringing listeners the brand new 30th Anniversary Edition of the Hitchhiker’s Guide to the Galaxy Game online and broadcasting series one and two, ‘The Primary and Secondary Phase”, on the radio.

This is great news for fans of the series, the book and of course the original game, full of the whit and humour that the has kept fans hooked for decades and bringing it back it’s original text based adventure for some retro-tastic fooling around it going to be a great excuse to play some classic games and enjoy a classic series when you’re really supposed to be working.

Both will launch on Saturday 8th March 2014, thirty-six years to the day since Hitchhiker’s first ever radio broadcast and thirty years since the invention of the award winning game. Although in fairness they should have waited until 42 years, although I suspect a “42” edition may already be planned for 2020 release, who knows.

The global multi-media success story that is “Hitchhiker’s” started life as a BBC Radio 4 series in March 1978. The original scripts by the late Douglas Adams went on to spawn a series of novels, a feature film, at least three stage shows, a TV series, a collection of comic books – and various towels, you shouldn’t ever forget a towel.

The game was originally devised in 1984 by the book’s author Douglas Adams and Steve Meretzky from Infocom. Notoriously difficult and full of oddities it was one of the best-selling games of its era . The 20th anniversary edition of the game launched on Radio 4’s website in 2004. Over 3 million moves were made in the game in its first 3 days of launch and over 50 million moves had been played within six months. It went on to win a BAFTA for ‘Best Online Entertainment’ and to this day some fans of the game can still be found playing this ageing version online.

The 30th Anniversary specially updated version of the game will allow users to share their achievements with friends over social media via the official twitter feed @h2g2game. Personally I’m not fussed about social media features, but it seems everything needs to have this as a feature these days.

The world’s most devious game will now be in High Definition thanks to refreshed illustrations and graphics. It is a web-based game and will be accessible via Radio 4 Extra’s website. Players can take the game on the move as it will be compatible with tablets and other internet enabled devices, so you’ve no excuse for not giving it a try once it is available.

BBC Radio 4 Extra also proudly presents series one and two of The Hitchhiker’s Guide to the Galaxy on air. It has been over 10 years since these programmes were last heard on BBC Radio and they perfectly accompany the game. Actions within the game follow the plot of the radio series and some puzzles are only solvable by players with knowledge of the programmes and story, one of the main reasons the game was so devilishly difficult.

Caroline Raphael, Commissioning Editor for Radio 4 Extra, says: “Douglas was a true visionary and in his own glorious way foresaw all the technology we now take for granted. Radio 4 Extra is delighted to host this game alongside the first two series. Hitchhiker’s fans will be rewarded for their loyalty over the years and newer fans have a real, but fiendish, treat in store. March 8th is a special day for the Galaxy so help us celebrate it in the unique way that only BBC Radio 4 Extra can.”

So go forth and enjoy, but remember to pack a towel.