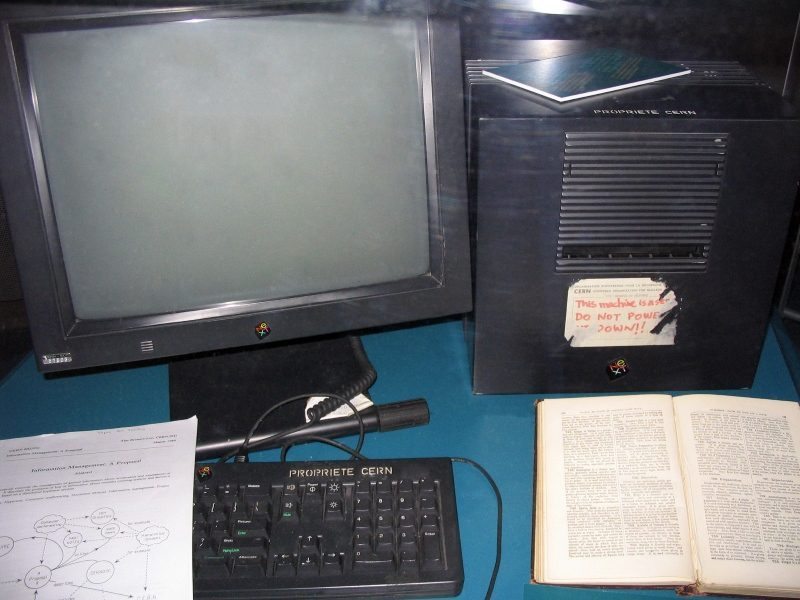 Yesterday, we reached a big landmark in the history of the world wide web, the 25th birthday of the first public website to appear online. The site first came online on the 6th of August 1991, and unlike many websites which have come and gone, this one can still be viewed today!

For many younger users of the net, the website will seem very strange, bereft of fancy layouts, animations or social media buttons, instead being a simple page containing text and hyperlinks on a plain white background. The site itself is very straightforward and works as an explanation of the brand new websites, how they can be accessed and how those interested in the project could provide their own contributions. In effect, it was a proof of concept for websites.

The concept of the web dates back to 1989 when Tim Berners-Lee began development on an idea that the fledgling global internet could be used to contain pages of information accessible by all. By late 1990, Berners-Lee had finished setting the groundwork for his idea, having developed now everyday technologies such as HTML (HyperText Markup Language), which is the language that websites are built on, HTTP (HyperText Transfer Protocol), one of the main standards for transmitting data across the net and URI (Uniform Resource Identifier) addresses that allow each site to have its own URL. The first site based on these technologies went live by the end of the year, but it took until the 6th of August a year later that Berners-Lee’s creation was shared outside of the European Organisation for Nuclear Research (CERN).

The rest, as they say, is history, but we should all look back and celebrate one of the creations that made our online world what it is today.