The Hilarious Relationship Movies and TV Have With Technology 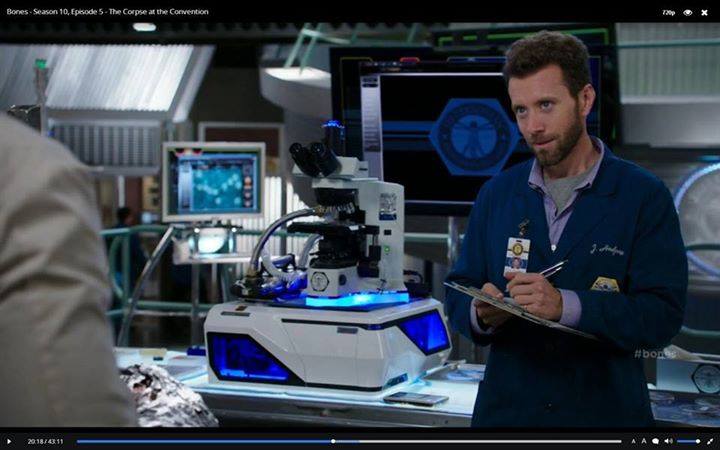 We live in a world full of technology, that much is obvious, but when it comes to movies and TV, the actors live in a completely different dimension to conventional technology, one where almost none of it makes any sense. Obviously, sitting and clicking a mouse is a little boring to watch, so movie and TV producers, writers, directors, etc, come up with more and more imaginative ways to make it more involving, often with hilarious consequences. Just look at the image above, flip a PC chassis on its side, stick a microscope on top, instant science equipment!

Take this iconic scene from NCIS for example, and wow are there are lot of NCIS examples I could pick from. There’s so much wrong with this scene it’s hard to even quantify. Two people sharing a single keyboard, windows flying all over on the screen and let’s not forget that they stopped the hacker by pulling the plug… like the entire database that was being hacked was only on that one PC? Effectively they cut themselves off and left the hacker to carry on, or at least that’s what would have been the case in real life.

Why bother to get appropriate props to fit the scene when you can pull a power supply out of your bag and call it a hard drive. This one really makes my brain hurt, but it’s also one that makes me laugh my ass off every time I see it.

Why use a keyboard when you can use VR and gloves. This is futuristic as hell, but imagine holding your arms out and about 1-foot above your desk for extended periods of time just to use a computer! That’s a future I don’t want to live in.

The whole “zoom and enhance” thing has been played out a lot, but CSI really pushed things to ridiculous levels. Zooming into insane levels of detail from some crappy security camera footage. OH COME ON! And pay close attention to the sound effects, computers don’t do that? It would be incredibly irritating after about… five minutes?

It seems to be a fascination of TV and movies to make everything a computer does “beep”, from typing, moving a cursor, copying a file, deleting something, you get that constant *beep boop beep boop* and I have yet to see a real PC that does anything like this, with the exception of a kids V-Tech toy.

Need to hack something? Don’t worry, all it takes is some dancing, a lot of screens, furious typing and the smarts to solve a digital Rubix cube. Hacking is boring in real life, it’s just code and commands, so movies add visuals to make it look interesting, but it’s still completely absurd.

Don’t even get me started on the whole Hackers movie. I loved it, but this scene is far more interesting than it should be, without even getting started on how they were generating cool text graphics on the TV network in real time.

There’s little I need to say here, “Is that a 12-core!?” is possibly the funniest “tech” moment in TV history. One that I feel won’t be topped for a long time, or until the next season of NCIS.

Not even the mighty Batman can escape the absurdity, using mobile phones to feed vast amounts of information like this. I’ve no idea why they need so many odd looking displays with huge gaps, even a 1cm bezel is distracting on multi-monitor setups, so this is a terrible configuration. Also, how did they stream so much data to his HUD? I don’t recall seeing a super-power Wi-Fi antenna sticking out his butt.

Buzz words are a great way of making it sound like you did something technical, or really anything at all.

Then again, we’re saved by the IT Crowd who know how silly tech can be on TV, but embrace it to give us comedy gold such as this.

Got a favorite movie or TV tech moment you want to share with us? Feel free to leave it in the comments section below.