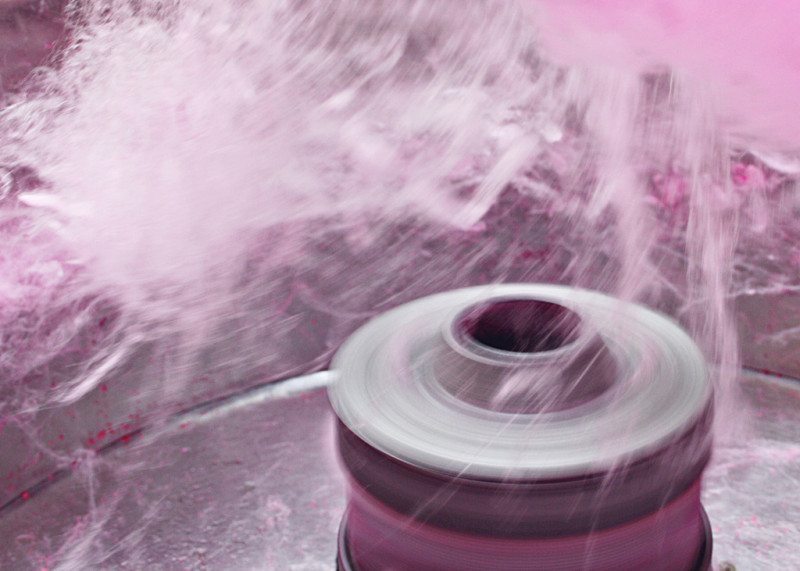 Technology and science help people do amazing things. From letting people walk again to letting dogs enjoy a game of fetch with their owner, technology has come a long way in its quest to help everyone. One of the key focuses for science and technology to expand on is its ability to replace damaged or malfunctioning organs like a heart or even your skin. The problem with creating organs is it’s expensive, often costing hundreds and thousands just to get the technology you need to make them, so imagine our surprise when people started creating organs like cotton candy.

Using a $40 cotton candy machine from Target, Leon Bellan reports that he was able to create a cube of artificial capillaries. While this may seem like a weird way of creating something, the results speak for themselves, lasting for over a week. In contrast, other methods rarely last as long, meaning that the technique not only is cheaper but has so far produced surprisingly positive results.

Bellan got the idea from the saying that electrospun fibers, the technique that is often used to create artificial capillaries, “look like silly string, or Cheese Whiz, or cotton candy”. The more impressive result is the size of the threads that the cotton candy machine creates, averaging at about three microns while an average capillary is 10 microns. Compared to electrospun fibers, which are often ten times larger too big, the size meant that it was already a success before the week was over.