Thecus announced their soon to be released N6850PLUS, an epic NAS that brings rackmount performance in a tower design. The N6850PLUS is an upgraded version of the N6850 and it comes equipped with 4 GB of DDR3 RAM (expandable to 32GB) and the Intel Xeon E3-1225 processor. This 6-bay NAS would be a great choice for SMB users with data-heavy business environments, but also for enthusiasts who want the best.

It is a really nice upgrade compared to the predecessor which only ran on an Intel Pentium G620 processor and came with 2GB ram. The upgrade to double the memory and the clearly superior Xeon processor takes this new N6850PLUS to a new level with significant performance improvements. While the new NAS doesn’t come with built-in 10GbE connections, it is expandable with two PCIe slots that easily will allow you to install up to four SFP or RJ45-based ports into this NAS for the best connection options. 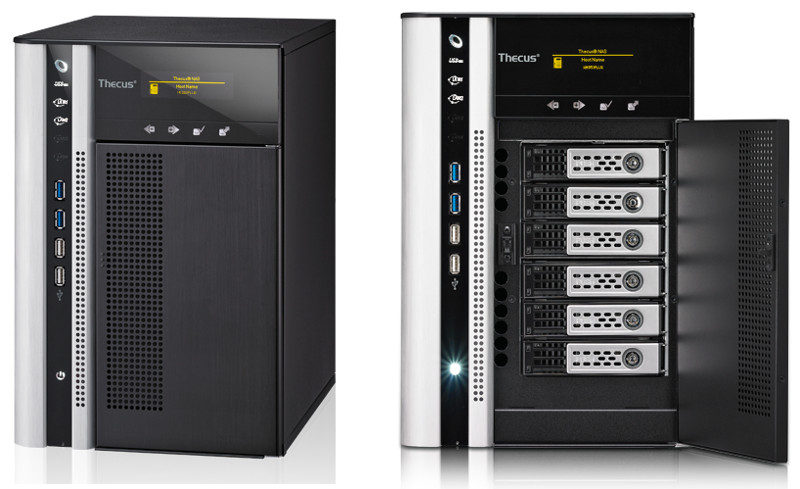 Thecus did however add plenty of USB 2.0 and USB 3.0 ports for external storage, peripherals, printers, dongles, and much more. There is also an HDMI port for direct usage and MIC input, Line input, and Audio output. There’s even a legacy D-Sub connector and eSATA.

This upgraded 6-bay NAS has the maximum storage capacity of 60TB, it supports seven modes of link aggregation including fault tolerance for resilience and port-trunking modes for increased performance. It guarantees data integrity with an array of backup features including Data Guard for local and remote backups, Data Burn, Snapshot Backup using the Btrfs file system and bundled Acronis True Image. For those looking to combine cloud backup with their physical storage, the N6850PLUS supports a number of cloud services including Amazon S3, DropBox, and ElephantDrive. Users can benefit from enhanced storage functionality while simplifying storage management. In addition, there’s also the bundled Intel Security that provides the necessary software protection by scanning the files on your NAS and defending it against possible threats. 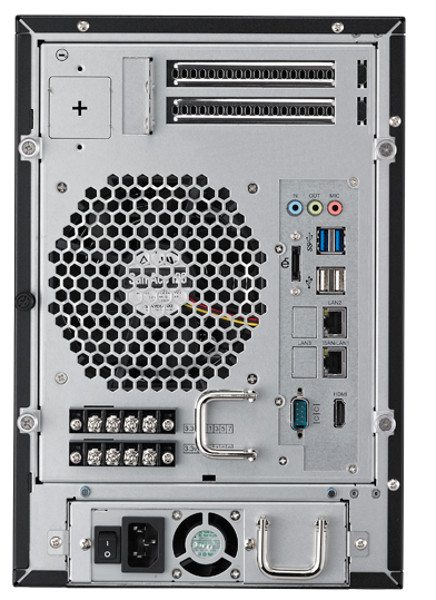 The N6850PLUS will be ready available early December for global shipping, but Thecus didn’t reveal a pricing at this time.