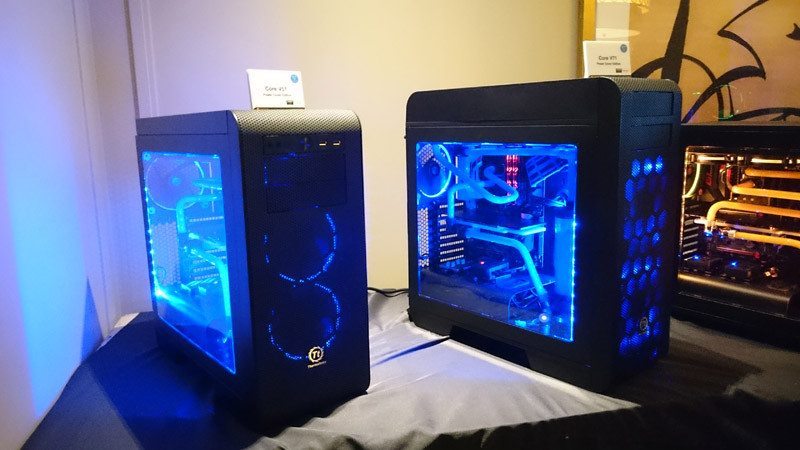 CES 2016: Thermaltake are back at CES once again and as we expect, they’re proving that they’re the masters of extreme system design. Even their more budget friendly Core series packs a huge range of features, LCS water cooling certification, huge side panels, extensive amounts of ventilation and so much more. 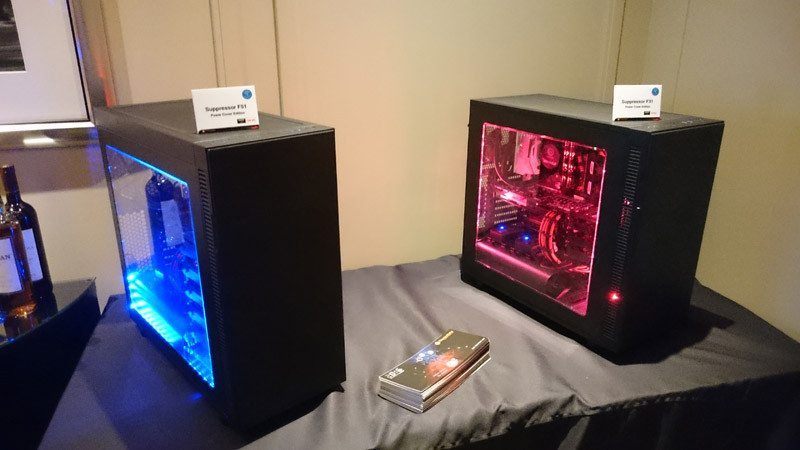 The current range of Suppressor chassis, with the side panel windows. We loved these when we reviewed them, so it’s always nice to see them getting some love and attention. 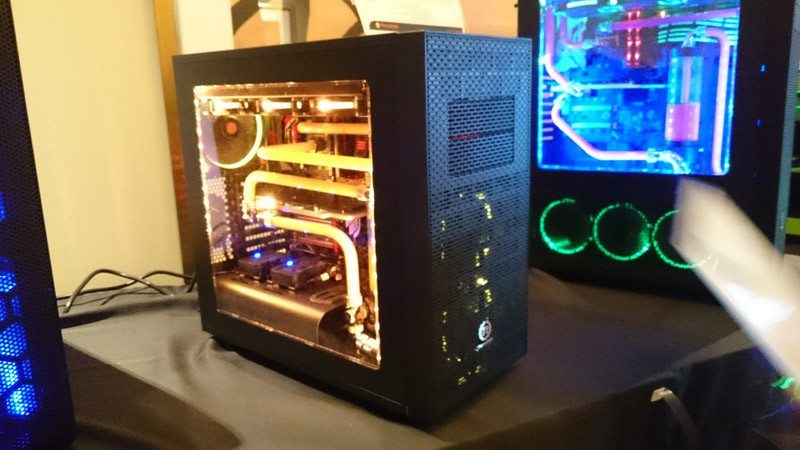 The Core X31, a very well equipped mid-tower, which can support a 360mm rad in the top, a 120mm in the back and a 240mm in the front, as well as room for a lot of high-end hardware in general, as you can see in the image above. It also comes equipped with RGB fans, making exceptional value at $129.99. 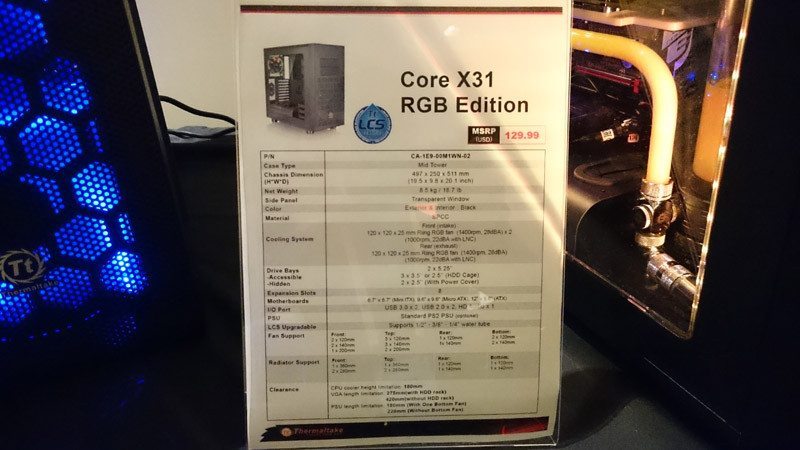 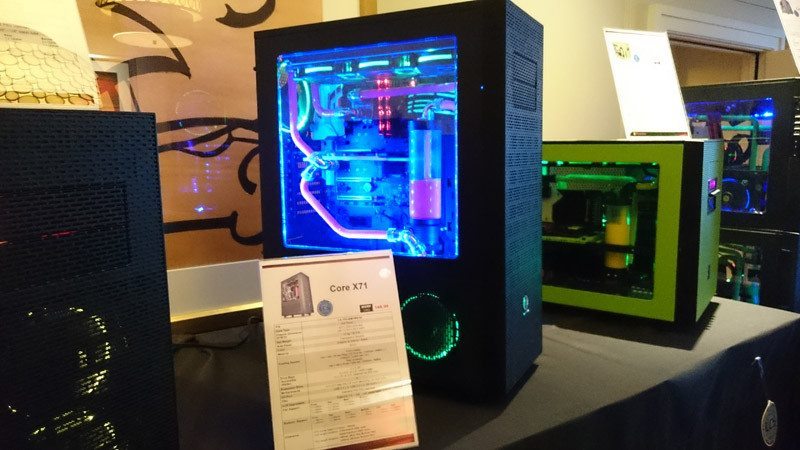 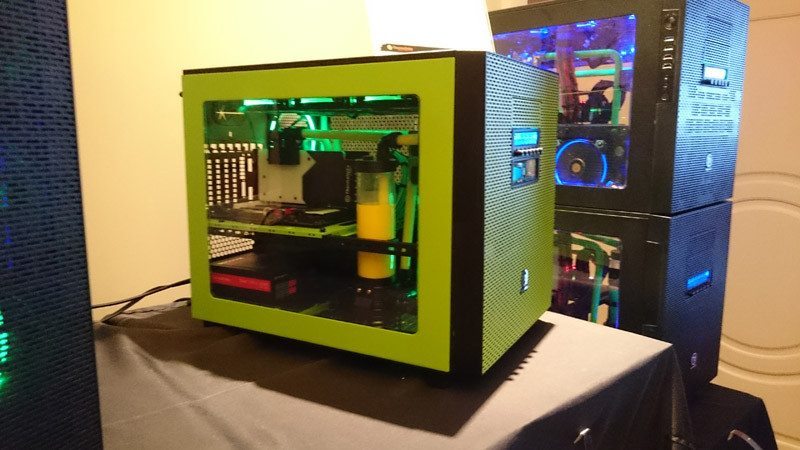 The X5 Riing edition, the smaller version of the big boy we recently reviewed, albeit now fully equipped with those lovely Riing fans. 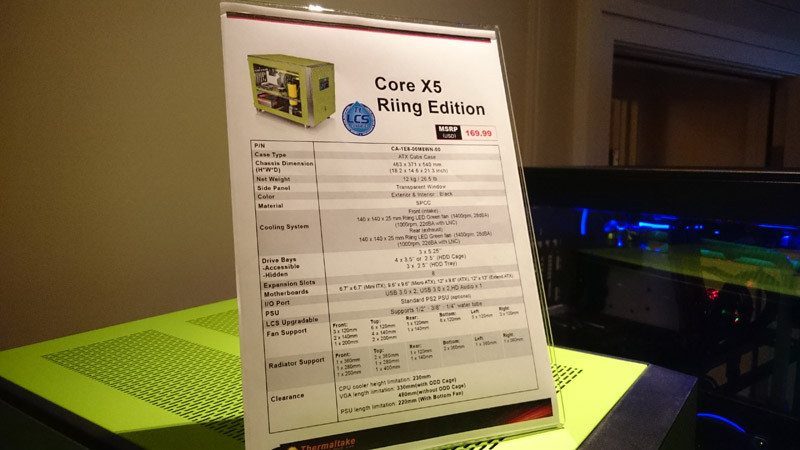 Of course, why have one X5 when you can have two, stack them as big as you need them and then impress your friends with your double height front radiator support. 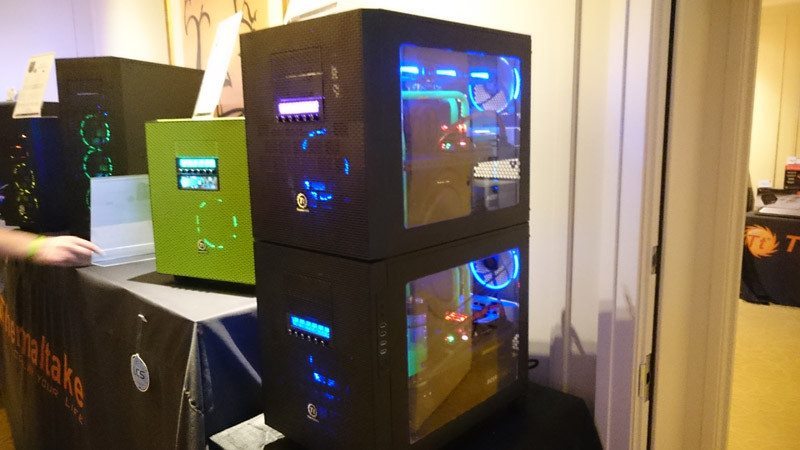 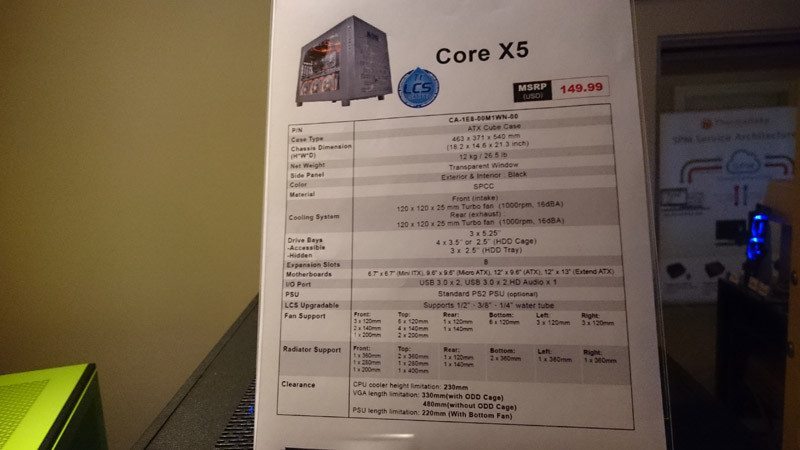 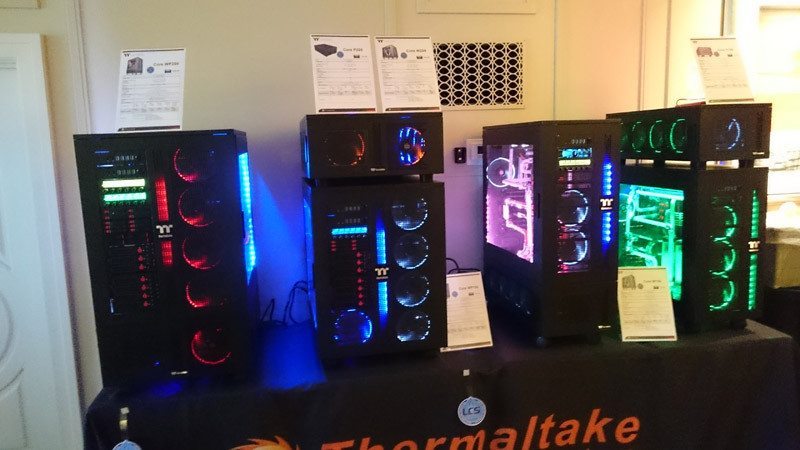 Still not big enough? OK, let’s kick things up a gear and take a look at the new Core series. 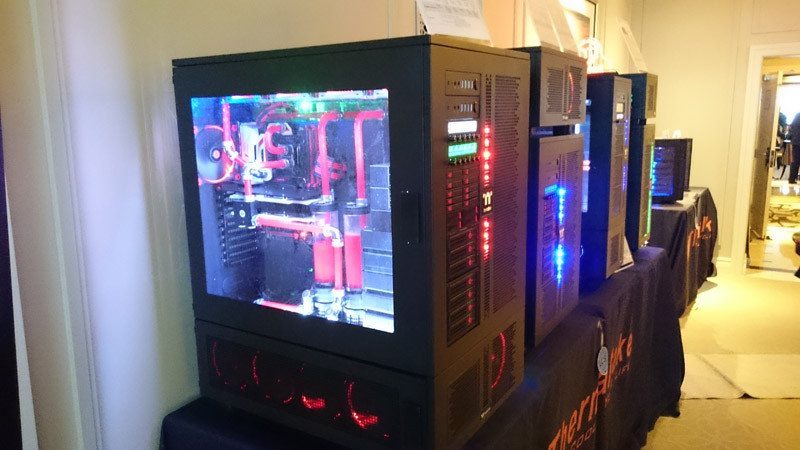 The WP200 can hold two full tower systems simultaneously, one in the left, one in the right side, it does this by being double the width, hardly surprising, but when compromise isn’t in your vocabulary, the WP200 can go right at the top of your shopping list. 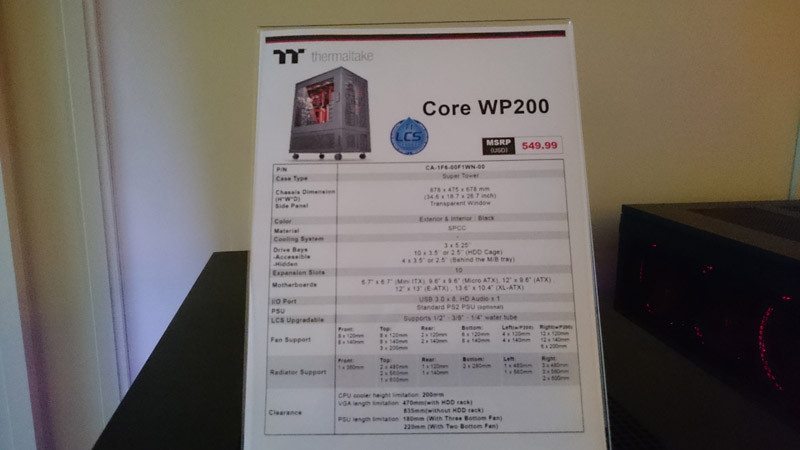 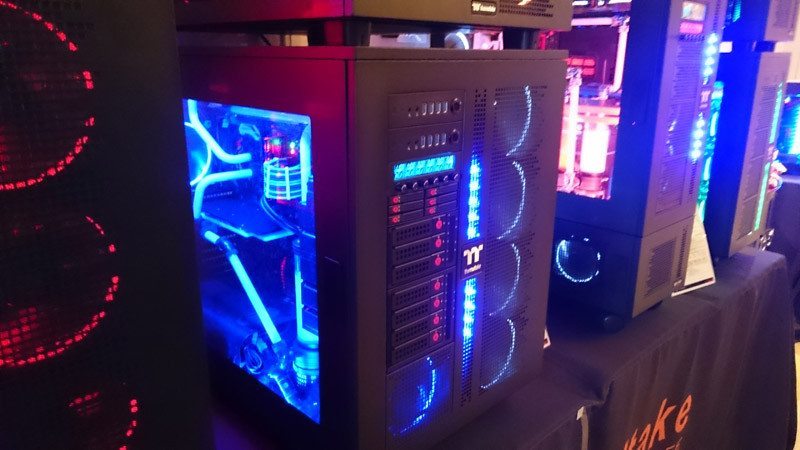 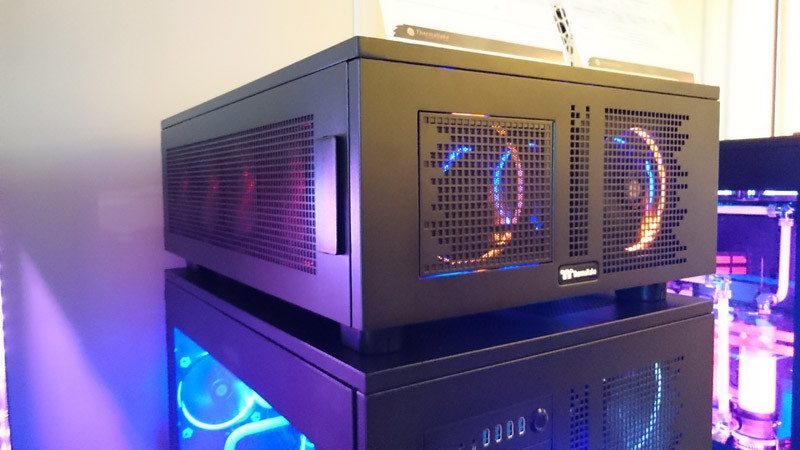 That beast you see on top is the P200, a double wide compartment for cooling, such as fans and radiators, and how you place it, top or bottom, is really up to you. 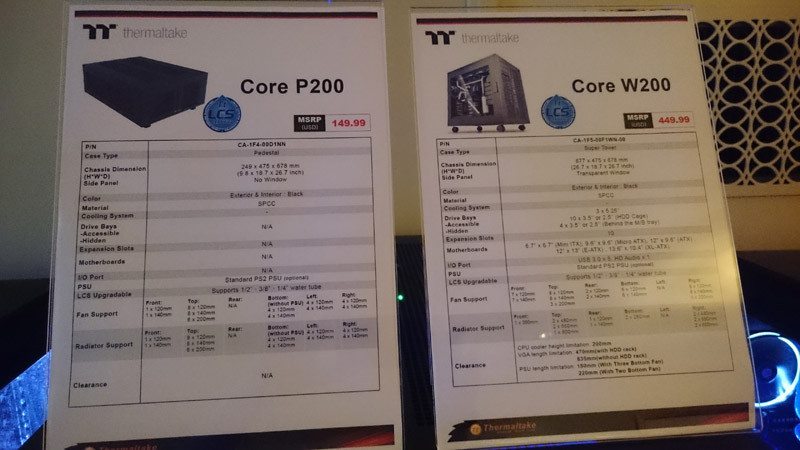 There’s no doubt that these chassis are impressive, although clearly not targeted at your average consumer, these are for extreme system builds, as little else would do them much justice. 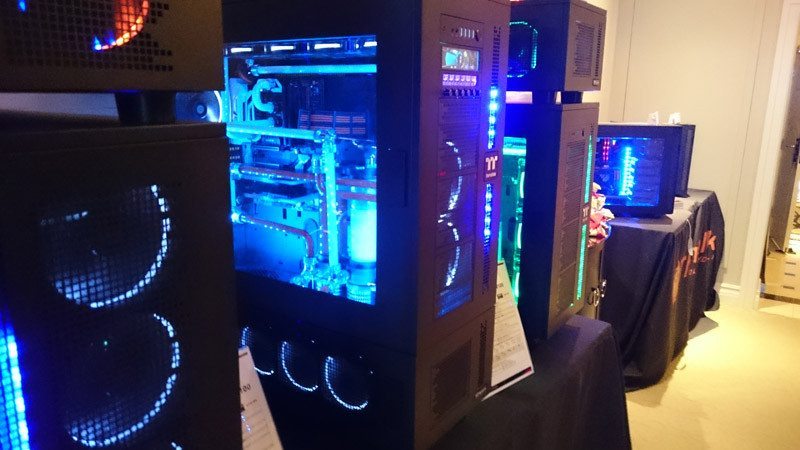 The WP100 is much the same in terms of core design, with the obvious difference being that it’s not a dual chamber chassis, but a single chamber. It’s still pretty huge and has the option to hold huge amounts of cooling hardware in the bottom chamber, as well as on the front, top and back mounts. 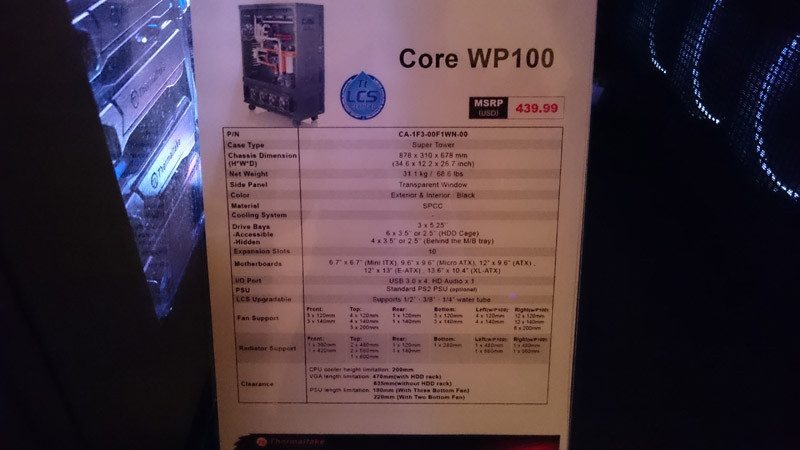 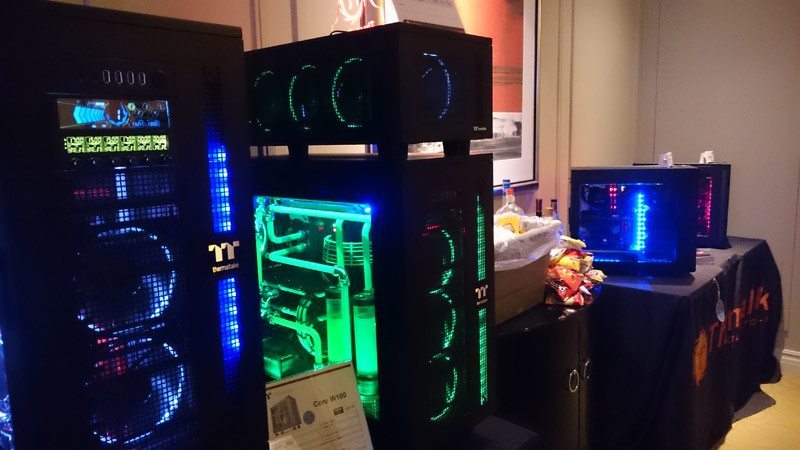 Need something a little more separated? The W100 and the P100 will allow you to stack until your happy, giving you exceptional flexibility over your build. 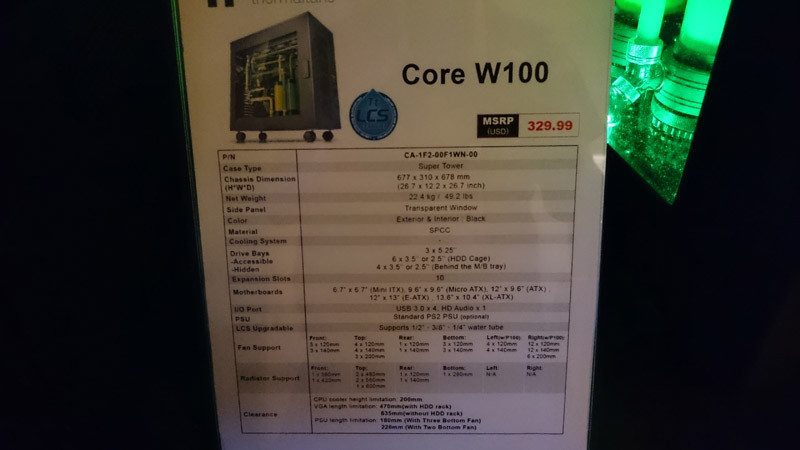 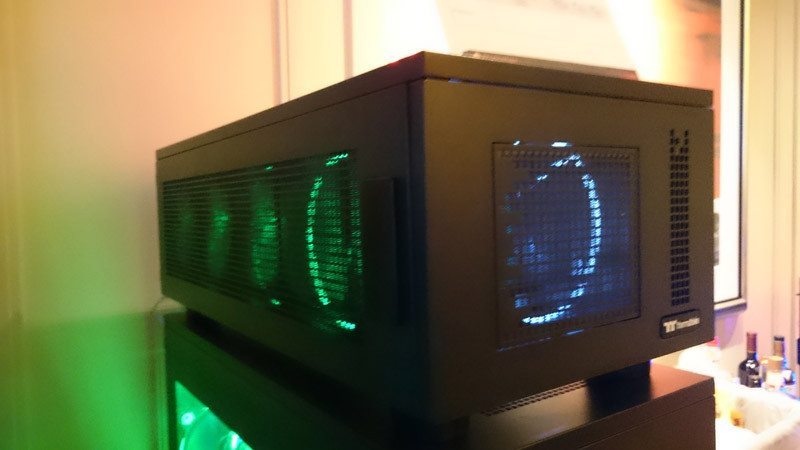 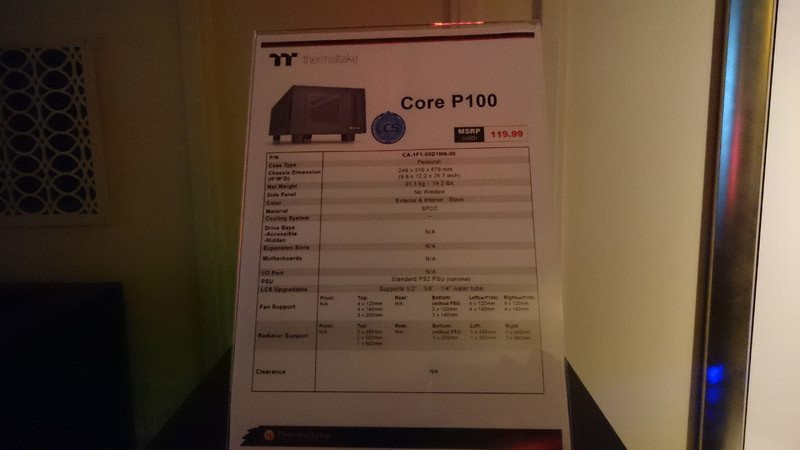 Which one of the new Thermaltake chassis would you have next to your desk?