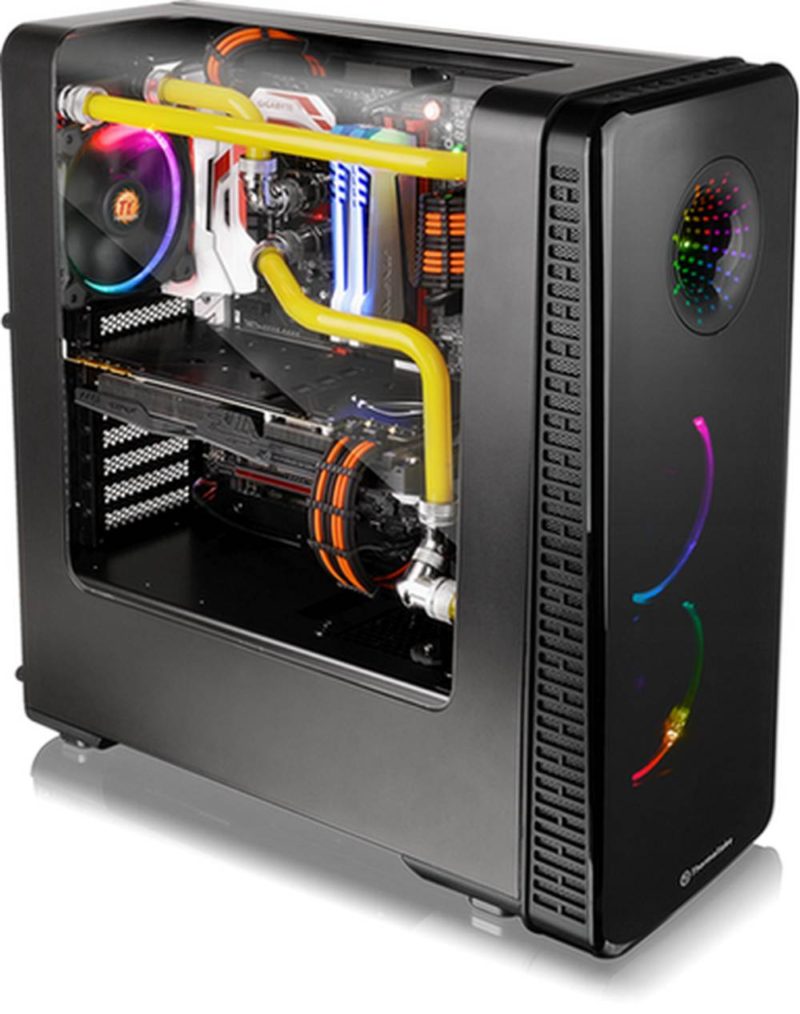 Thermaltake has announced the launch of their latest View 28 RGB Gull-wing Window chassis series which comes in a regular version as well as one pre-equipped with Thermaltake RGB Riiing Edition fans. As the name suggests, the View 28 has a Gull-wing window panel design that lifts up instead of a regular chassis panel which slides out and this window wraps around the side up to the top of the case. 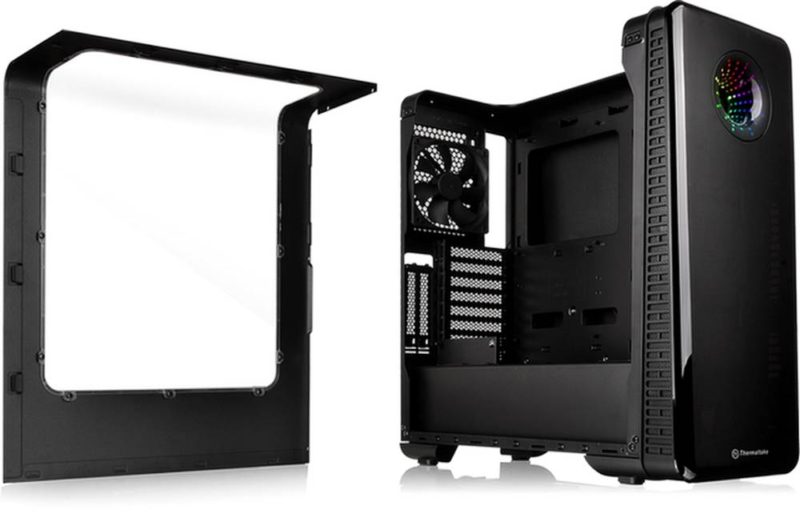 The Thermaltake View 28 RGB might be more compact than typical mid-tower cases due to the top having no room for mounting radiators or ventilation, but there is plenty of room at the front intake to mount up to three 120mm fans or a 360mm water-cooling radiator. The large gull-wing window is really for showing off the internal components so Thermaltake has also provided an integrated power supply shroud so that all unsightly cables are covered underneath, while only the necessary cables are seen through the cable grommets. Users can also choose to mount their video cards with the fan facing the window via an alternate expansion slot mounting method which uses a GPU riser cable. 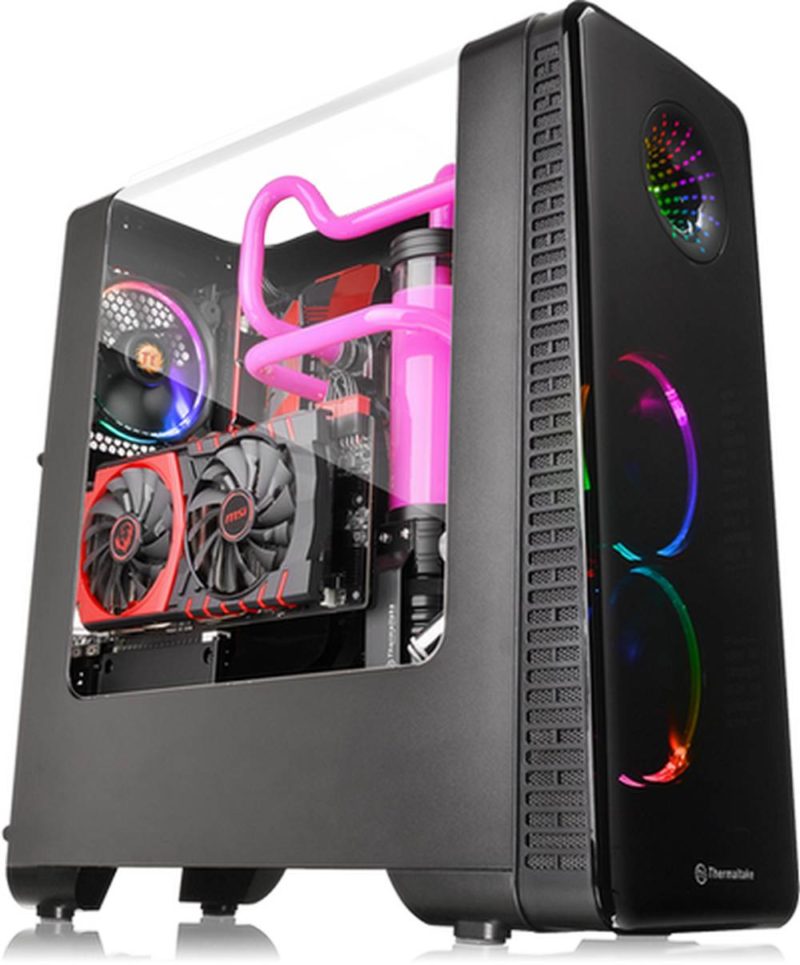 All 3.5″ and 2.5″ drive installations are tool-less to minimize hassle and leaves the user plenty of time to focus on aesthetics instead. Speaking of which, the front panel has an Infinity RGB matrix which comes with several lighting presets and can be hooked up with extra RGB LEDs and controlled with one button, including Thermaltake’s Riing 12 LED RGB fans put in sync with the case.