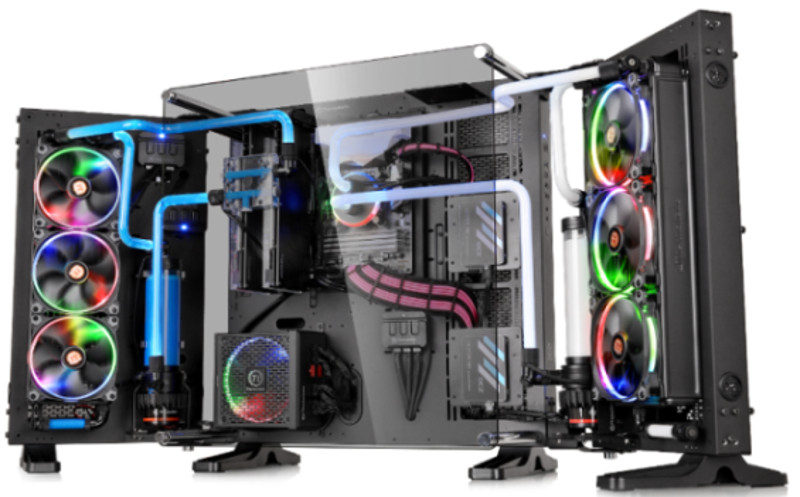 Thermaltake had a lot of success with their wall-mountable chassis, and we’ve previously seen the Core P1, Core P3, and Core P5 versions. Now the company is ready with the newest version which extends the Core P5 into the Core P7 with two adjustable extension modules. The open frame design and a number of cooling options allow users to build stunning looking systems with barely a limitation.

The Core P7 Tempered Glass Edition E-ATX Wall-Mount Chassis boasts the enlarged 5mm thick tempered glass window that gives it a sweeter and more premium look than the original plexiglass window, but it’s only for the main compartment. 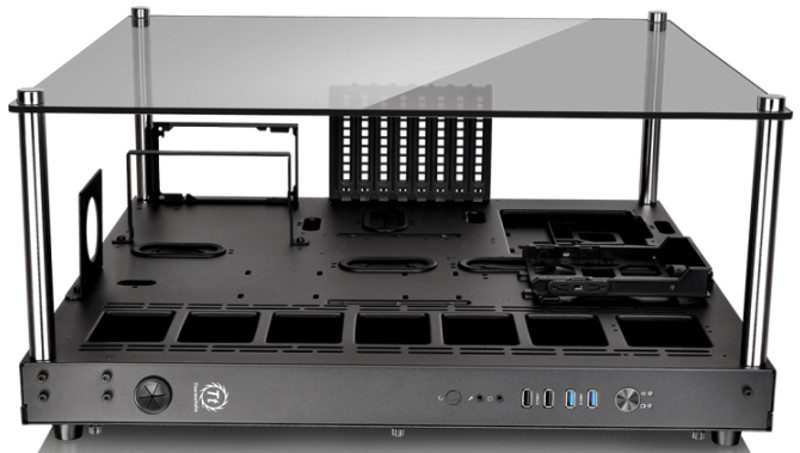 The two extensions on the sides can be angled to four installation options, allowing users to assemble the extended cases at a 45°/90°/180°/270° angle to the front/rear side of the main chassis. The Core P7 still retains the original flexibility of placement with its 3-way installation layouts. Whether you want to wall mount it, place it horizontal laying on the desk, or in a vertical standing setup, you choice is yours.

Both the main chassis and the extended chassis parts allow for the installation of up to 420mm and 480mm radiators. Whether you want to use four 120mm or three 140mm fans is also your choice, as long as it matches the radiator size.

It’s unlikely that anyone serious will install AIO cooling in the Thermaltake Core P7 due to the amount of radiator support. If that were your goal, then the Core P3 or Core P5 would be better options. Still, it is possible with the same AIO bracket here as it is on the smaller brothers. Standard AIO cooler tubing is too short to reach the radiator mounts in the main compartment, and that’s where the extra bracket comes into play. 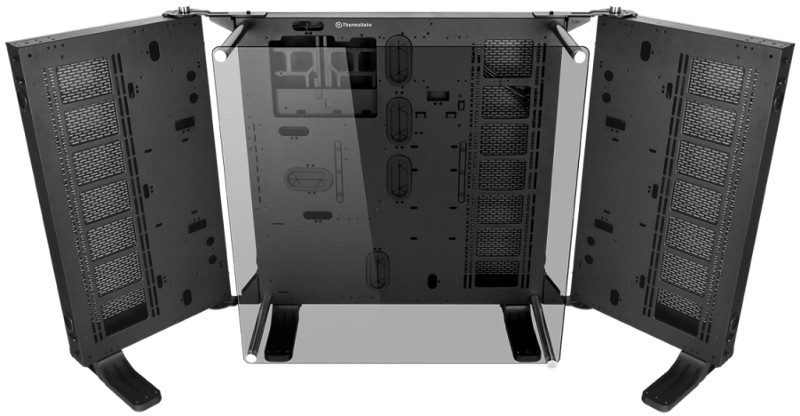 The full weight of the chassis ends up at 25.5 kg, and that is in an empty state. So it’s no lightweight option. In return, you can mount motherboards from mITX up to E-ATX and plenty of add-in cards into the eight expansion slots. Despite the slim design, there’s no shortage of drive mounting options either. You can mount one 3.5″ or 2.5″ drive in the HDD tray as well as two 3.5″ or three 2.5″ with HDD brackets. Inside, you can mount another three 3.5″ or 2.5″ drives behind the motherboard tray. 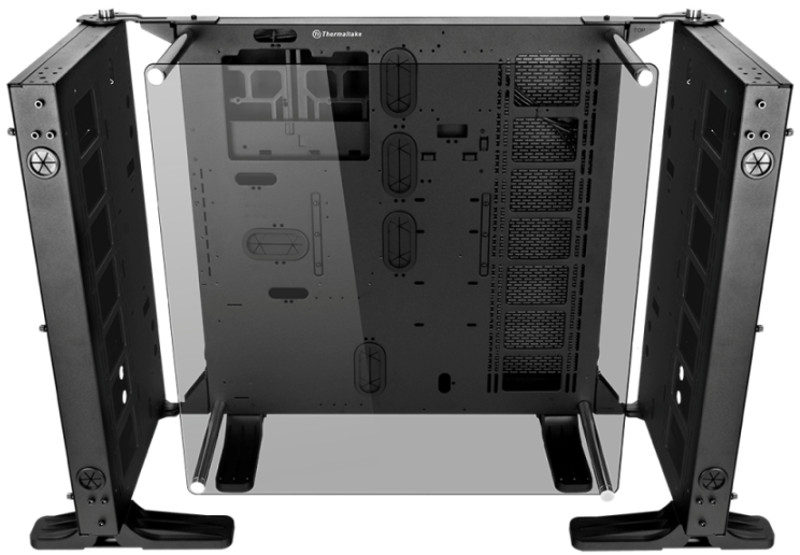 The angled mounting bracket also allows you to install add-in cards vertically when the chassis is standing up, but that also requires PCIe riser cables.

Clearance wise, you can install CPU coolers with a height up to 180mm, graphics cards with a length up to 280mm with a reservoir mounted in the main compartment and up to 570mm without, while the PSU clearance is limited to 200mm length. 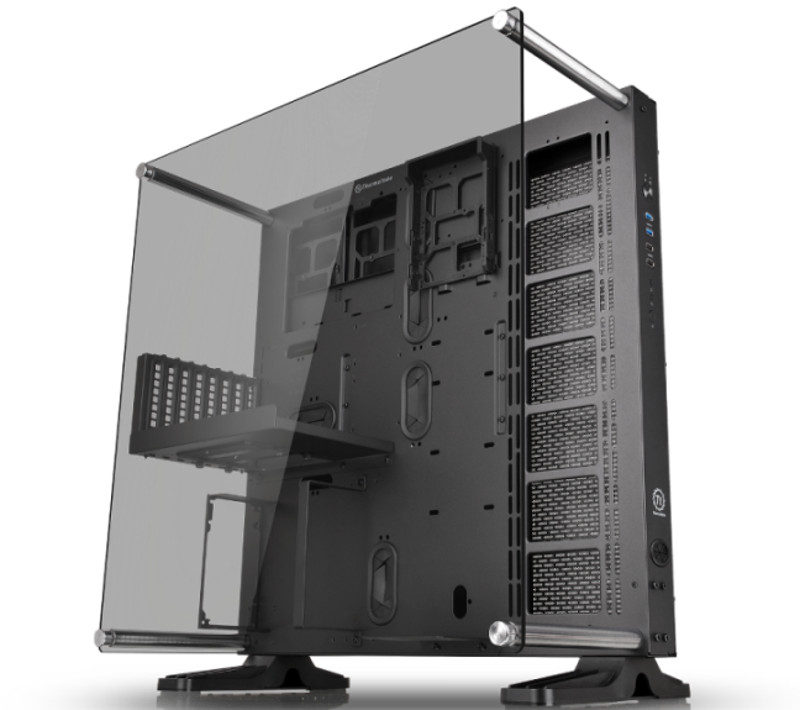 As far as price, you probably already guessed that it won’t be the cheapest chassis around. While it isn’t fully available yet, some shops already have it listed for a price between €280 and €330. 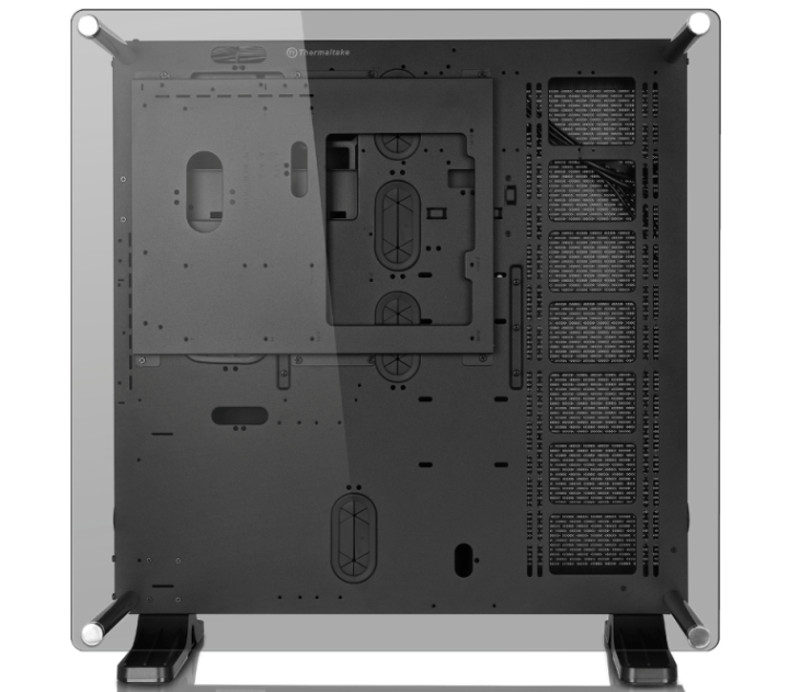 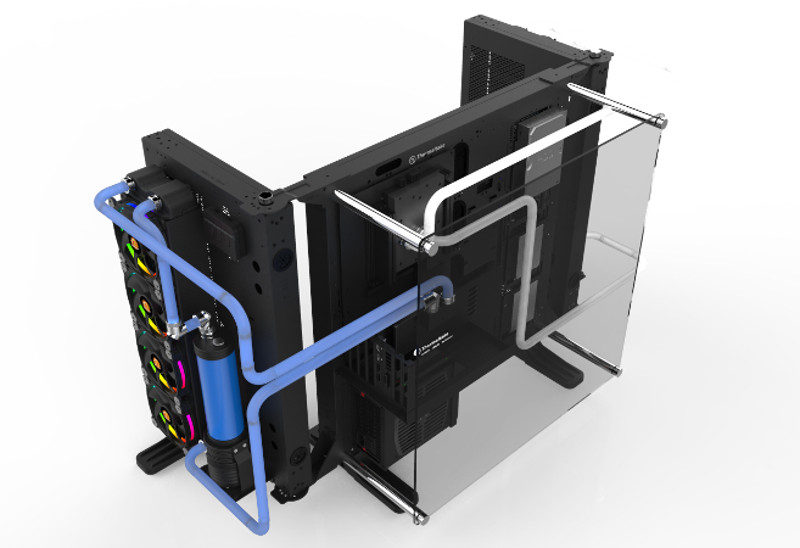 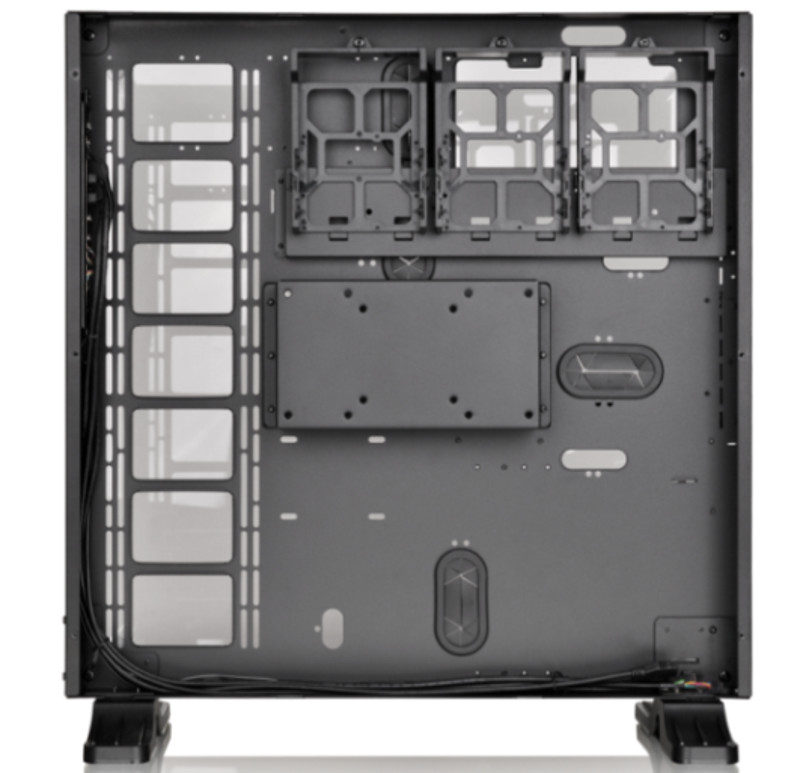