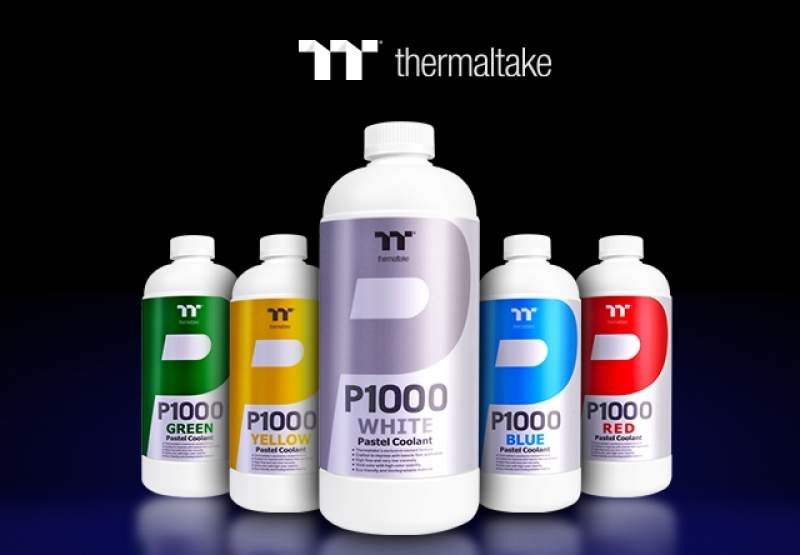 The problem is that the “Pastel” name for a coolant is a registered trademark of UK-Based Mayhems. In fact, they are very notable for their Pastel and Aurora line of colour coolants. Both of which are highly popular among modders and liquid cooling enthusiasts.

Furthermore, you can actually verify the trademark easily through the Intellectual Property Office online, which shows Mayhems’ filing that lasts up to 2025. 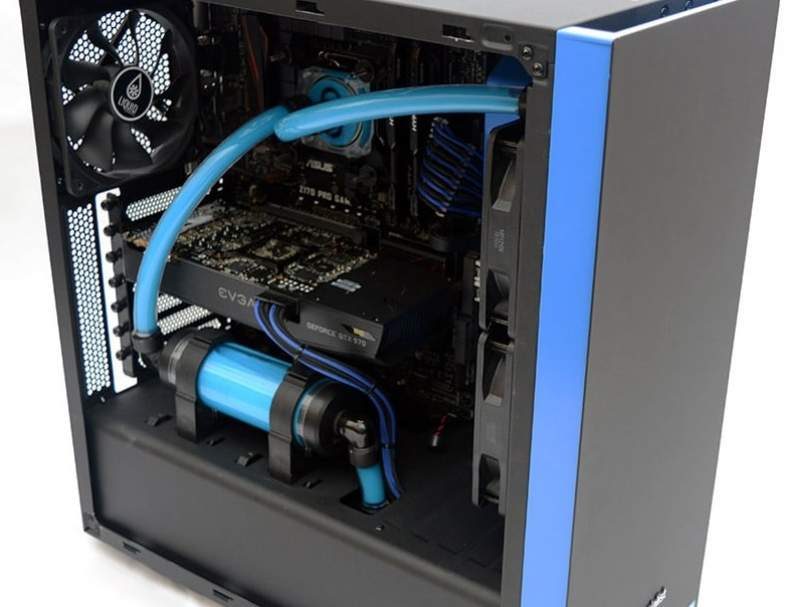 Normally, companies can use the name if some sort of deal is put in place. This was the case with EKWB‘s EK-Coolant Pastel from 2014, which are Mayhems.

EK-Ekoolant Pastel Produced by Mayhems in the UK

However, according to Michael Lee Wood, owner of Mayhems however, Thermaltake has not been co-operative with them in working out a deal. In fact, he states that they are not only ignoring his requests to remove the Pastel name from their products. They are also apparently threatening to challenge his registered trademark in court as well.

Wood’s full statement via Facebook can be seen below: 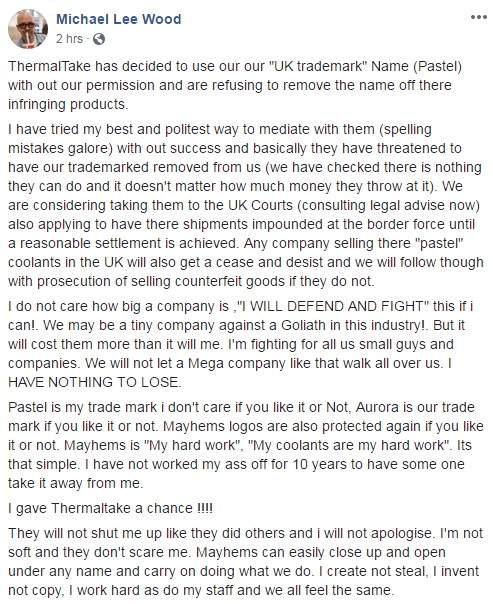 What is Going to Happen Now?

This is not the first time a smaller company has had a run-in with Thermaltake in recent years. There are accusations of copying CaseLabs cases with their Core series chassis for example. There is also the striking similarities between EKWB’s Vulture case design and Thermaltake’s View 27 Gull-wing chassis.

With both cases, Thermaltake did not exactly back down. In fact, CaseLabs’ owner had to issue an apology and retract his own public statements about the matter. Which makes Wood’s statement on Facebook about going into offense somewhat understandable. There is no better defense than a strong offense after all. Being a larger company, Thermaltake could easily mount better legal defense but it is going to cost much smaller companies like Mayhems.

Either way, hopefully both parties come into an agreement. Especially when respecting the trademark in the UK is easy enough for Thermaltake to do considering other companies like EKWB and Alphacool have done so before.