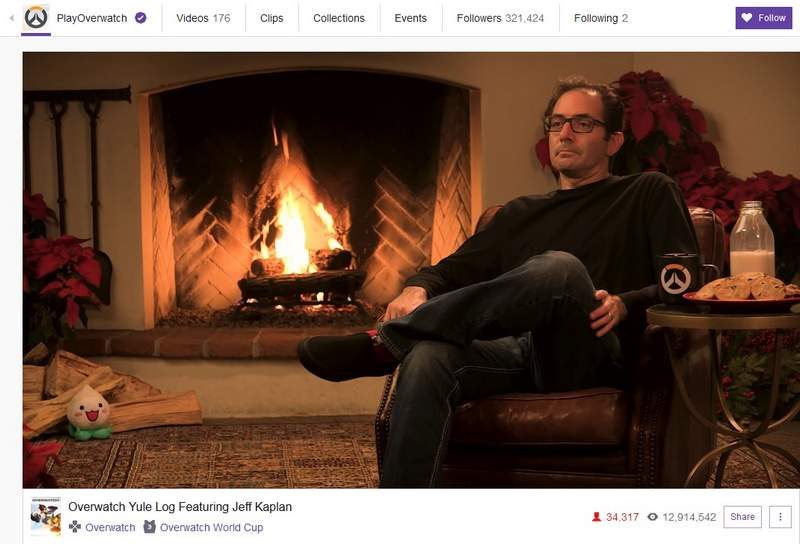 Overwatch director Jeff Kaplan seems to want to redefine the meaning of the word, perhaps taking it too literally. During Christmas eve Jeff sat beside a Yule Log for hours. Doing nothing, just sitting there. He is not even touching the cookies and the big bottle of milk beside him. All while streaming it live on the PlayOverwatch Twitch channel. There is over 100,000 total views so far by the time I checked in at 8 PM ET and he has already been at it since 11 AM ET. On average, the stream gets 33,000+ live viewers.

What is this, exactly?

Is it performance art? Is it a political statement? Is this a new holiday tradition? Did Jeff Kaplan get replaced with a tireless replicant? Who knows. He never spoke, nor talked to anyone during the stream. He simply just looked around, blinked several times, moved his legs, etc. He did finally eat a cookie around six hours after the stream began. According to PC Gamer, he also played Heartstone for a while during the stream. 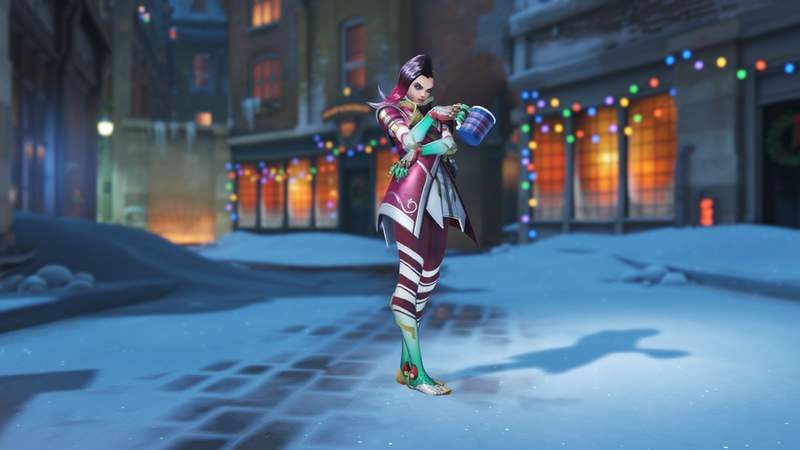 If you did load take some time to play some Overwatch while the live stream is going on, you would find 5 holiday loot boxes available for free. Plus of course, a thank you note from the Overwatch team for the support. 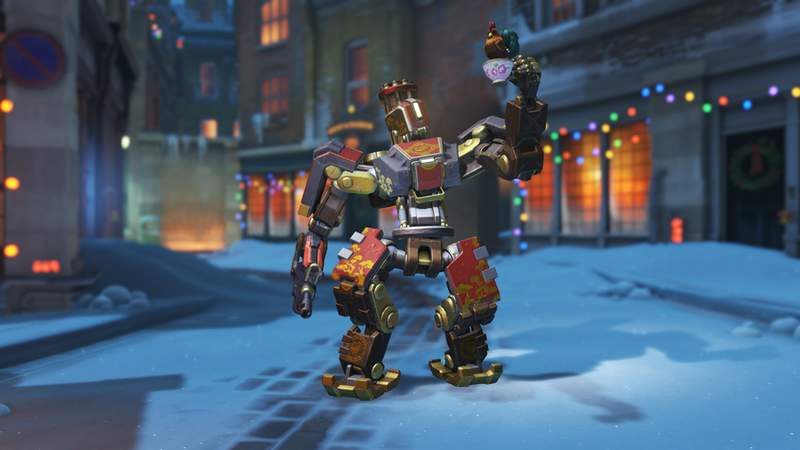 However, the extra goodies do not stop there. As Josh Engen from the Overwatch Team posted 3 days ago about two free Holiday themed toast poses for Sombra and Bastion. These do not require a lootbox to unlock and will be available directly to the gallery after a January update. They are already available in the Public Test Region server.