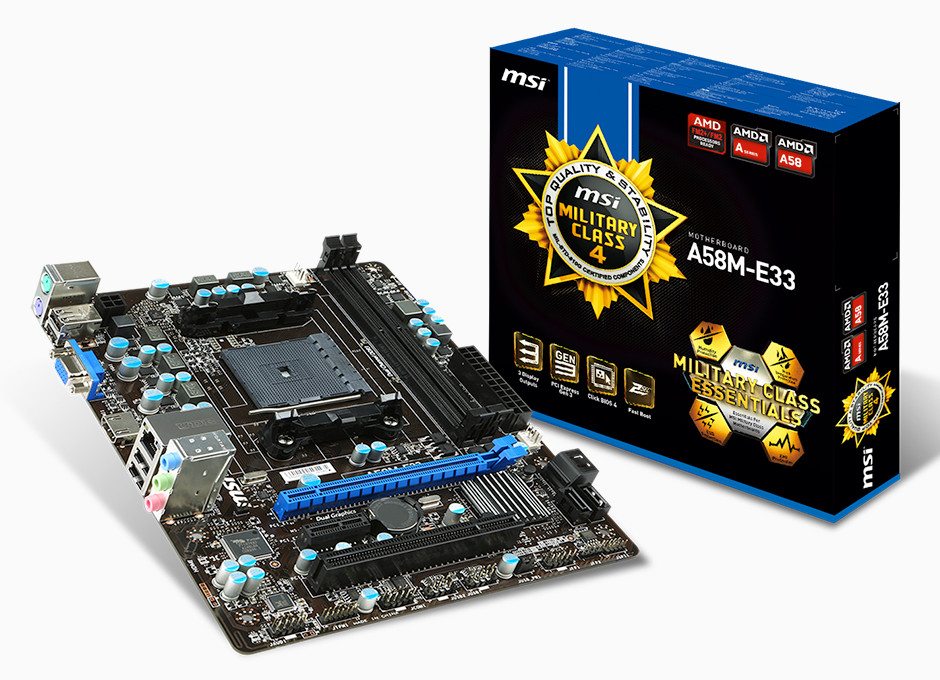 MSI launched its three additions to the AMD A58 series FM2+ motherboards, the MSI A58-G41 PC Mate, MSI A58M-E35 and MSI A58M-E33, with support for the new AMD Kaveri APU having also compatibility with AM2 socket processors such as the Richland and Trinity APUs.

The motherboards are said to be available in ATX and mATX form factors, offering a great connectivity with its Dothill RAID controller, onboard LAN, PCIe 3.0, SATA and up to 12 USB ports. It is also stated to offer a multitude of multimedia features, such as H.264 hardware decoding and encoding, support for 4K UHD video, Blu-Ray playback and 8-channel HD Audio through HDMI, all suitable for multi-purpose multimedia use. 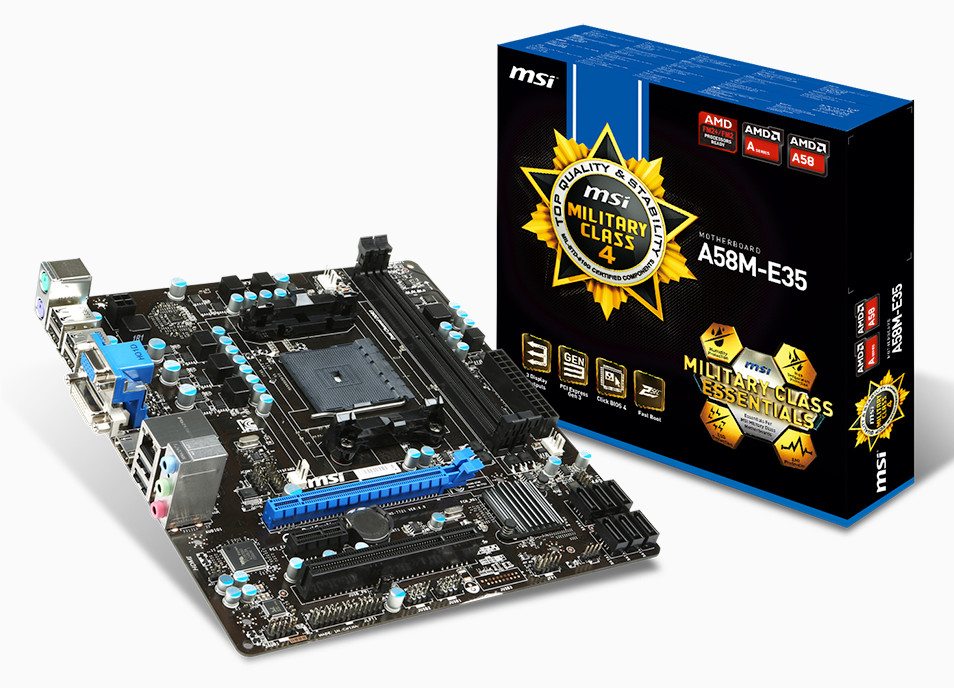 With the help of AMD’s Kaveri APU, the MSI A58 motherboards are said to support triple display 4K UHD configurations with up to 4096 x 2160 pixel resolution. Along with Military Class 4 components such as Hi-C CAPs, Solid CAPs, Dark CAPs, SFC and Dark Chokes, it ensures every PC runs stable under extreme conditions.

The MSI A58 motherboards are also equipped with a variety of new technologies, like OC Genie 4 providing easy to use overclockcing functions, the easy to use Click BIOS 4 and the Command Center software, providing the ultimate monitoring, tuning and controlling features for the hardware at hand. 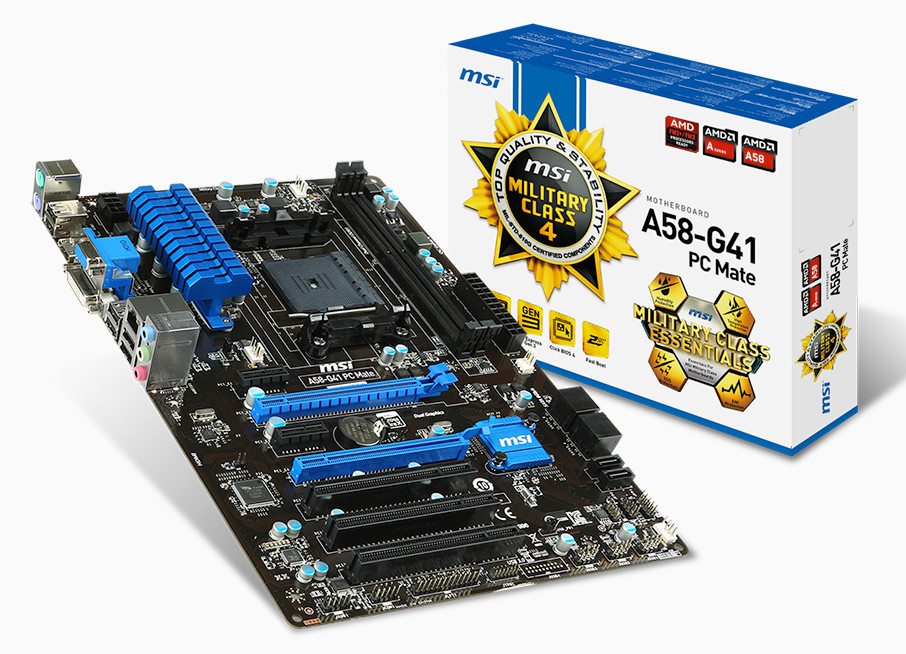