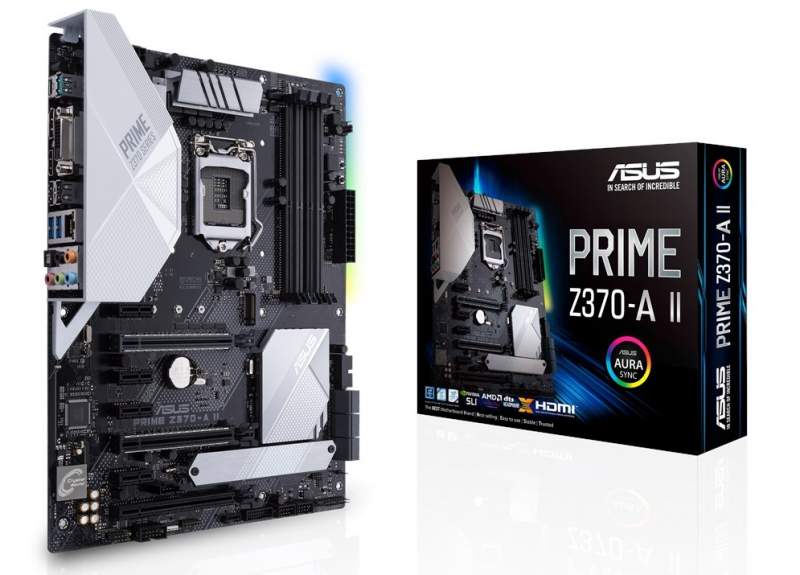 It appears that ASUS is preparing to launch three updates to their existing Prime and TUF Z370 motherboards. Specifically, the Prime Z370-A, Prime Z370-P and TUF Z370 PLUS Gaming, which are all getting an alternate “II” revision. 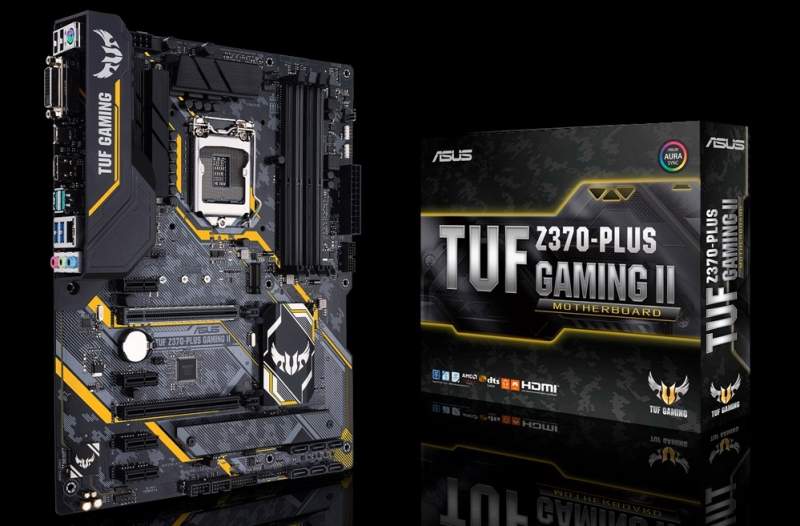 The new Prime Z370-A II, Prime Z370-P II and TUF Z370 PLUS Gaming II will not only have some minor feature differences, they also look aesthetically different from their original versions. 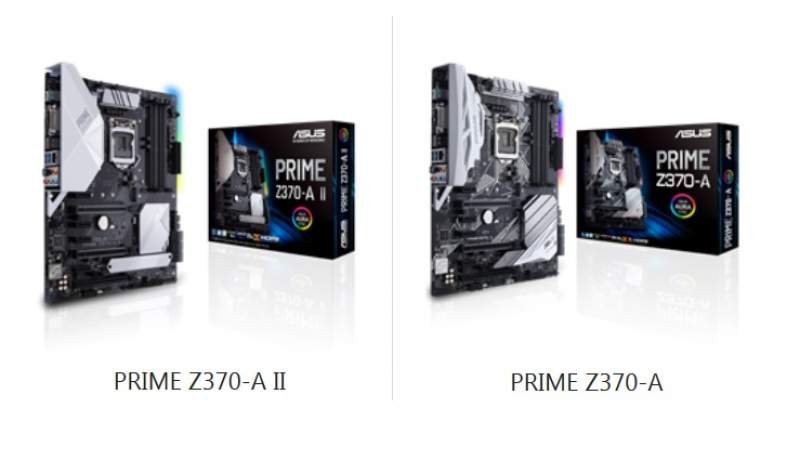 All the ports on-board and in the rear IO are identical. However, it appears that this new revision actually has less features than the original Prime Z370 motherboard. The 3D mount screw ports are gone, and the EZ XMP switch feature is gone as well.

Aesthetically, the heatsinks and IO covers are also simpler looking. ASUS also separated the M.2 heat shield from the single-piece chipset heatsink design of the original. Otherwise, the layout remains the same. 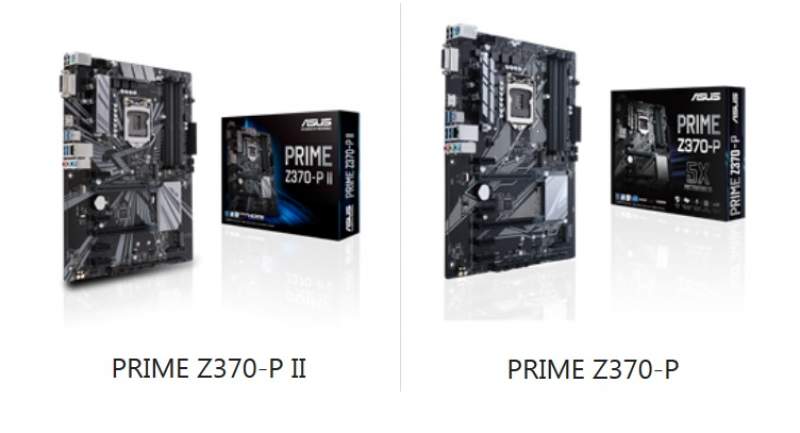 The Prime Z370-P II improves upon several features from the original. For instance, the top VRM components now have a heatsink. That is because the VRM has been improved from a 6-phase design to a 9-phase design.

Aesthetically, the PCB printing is different as well, utilizing a sunburst pattern. The new chipset heatsink actually picksup this pattern as well as the VRM heatsink as well, so the design has a unified look. 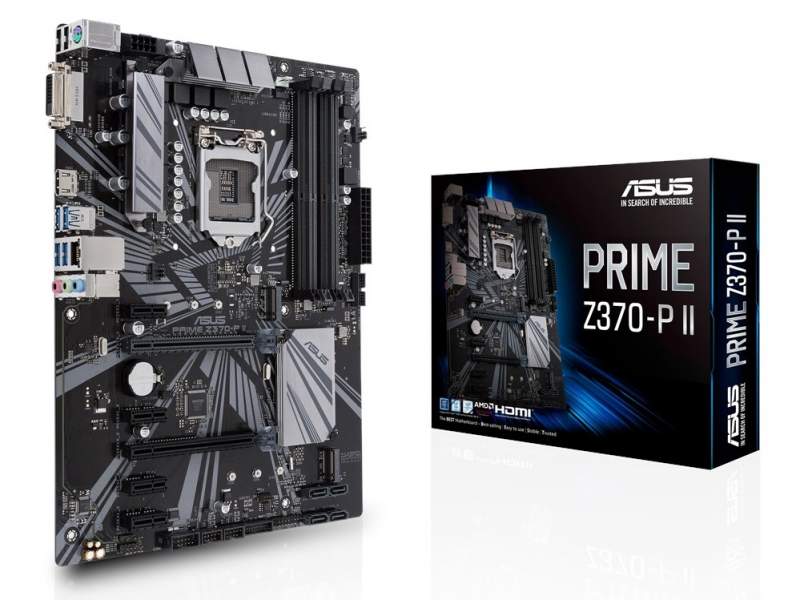 All the ports and connectors remain identical to the original. However, some ASUS exclusive features are different. ASUS Optimem (for improved DDR4 stability) is newly added, although the second version loses the ASUS C.P.R.(CPU Parameter Recall) function.

What is New With the TUF Z370-PLUS Gaming II? 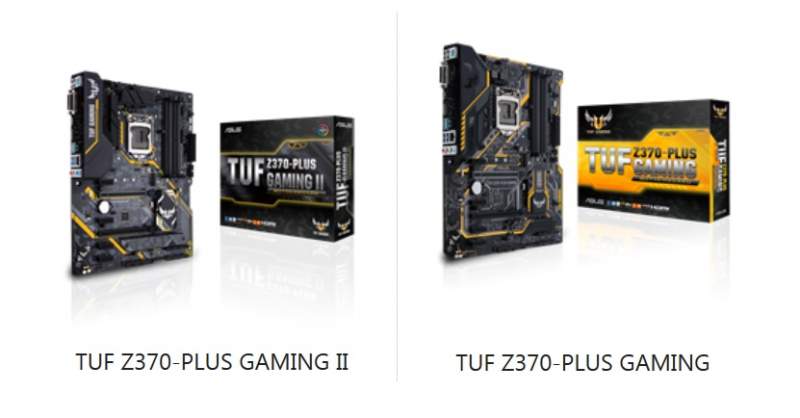 All other features remain the same, while ASUS also adds the Optimem feature for improved DDR4 stability.