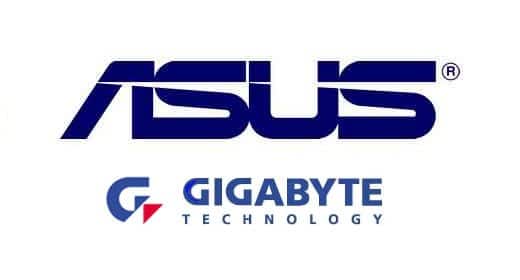 According to ‘industry sources’, CnBeta has recently reported that ASUS is now expected to move more units in 2015 and kick GIGABYTE off the top position. ASUS motherboard shipments in Q3 2014 have been bumped to over 6 million, mostly due to their aggressive price cuts and new marketing strategies – this has seen them extend their lead over Taiwanese component manufacturer and competitor GIGABYTE.

Asustek has reportedly been expecting their total shipments to be greater than GIGABYTE this calendar year, but are most likely going to experience a smaller profit growth margin thanks to the price cuts and increased marketing budgets as mentioned above.

Q4 is going to continue the well-selling nature of ASUS in 2014, providing an estimated 5.6 million (minimum) units sold, amounting to 20.7 million units total this year. Comparing this to GIGABYTE who have managed to move 9.7 million motherboards in the total second half of 2014 – sitting 11.6 million units moved behind ASUS in the same period.

Insiders have told CnBeta that they expect ASUS’ significant decline in profit to see them fall around 20% in margin from last years earnings. Comparing this to GIGABYE who posted a profit increase from $97.8 million to $107.8 million in 2013 thanks to increased sales of their high-end products.

In addition to these two giants, it is reported that MSI International and ASRock motherboard sales and profits are set to decline from now until into the second half of 2015.

Looking at these statistics, it seems that GIGABYTE are possibly the user’s choice when it comes to high-end motherboards, whereas ASUS are winning the (much larger) general consumer race.

What motherboard do you run in your system? Personally I have just picked up a GIGABYTE H97N-WIFI for my Thermaltake Core V1 Mini-ITX build, but I have no major preference either way.