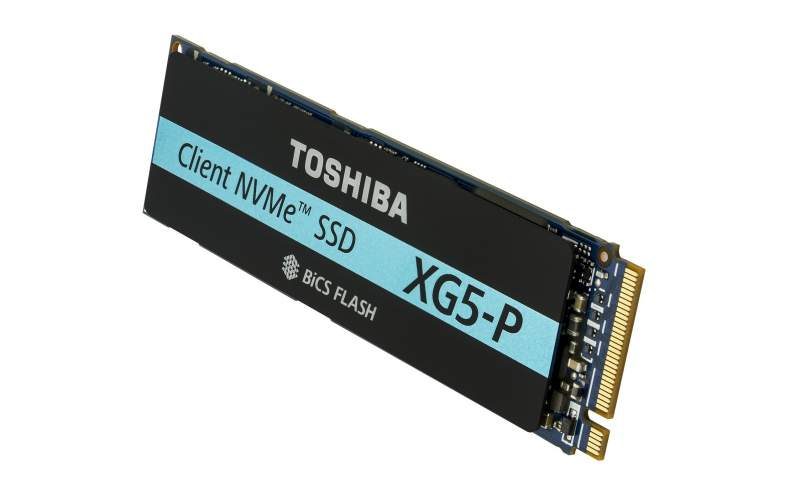 Toshiba is announcing the launch of their latest NVMe SSD called the XG5-P. This improves upon the XG5 M.2 NVMe SSD introduced six months ago, effectively doubling its capacity up to 2TB. It still uses a 2280 form factor, which is common for most M.2 drives. Plus, it is also available in 1TB capacity option. Although they are not offering it in 256GB and 512GB capacities like the XG5.

It still uses the same in-house Toshiba TC58NCP090GSD controller as the XG5, operating via PCIe Gen3.0 x4 and supports the NVMe 1.2.1 interface. Users can expect performance of up to 3000 MB/s sequential read and 2200 MB/s sequential write. As well as up to 320,000 IOPS random read and 265,000 IOPS random write. The XG5-P’s random read/write performance in full access range is 55% better than the XG5. This should provide significant performance not just in benchmarks, but in real-world heavy loads as well. Its low power consumption is also lower, maintained at less than 60 mW during operation.

The XG5-P is also available in self-encrypting drive (SED) models supporting TCG Opal Version 2.01. This makes it ideal for a wide range of applications including workstations, gaming PCs and read-intensive enterprise use.