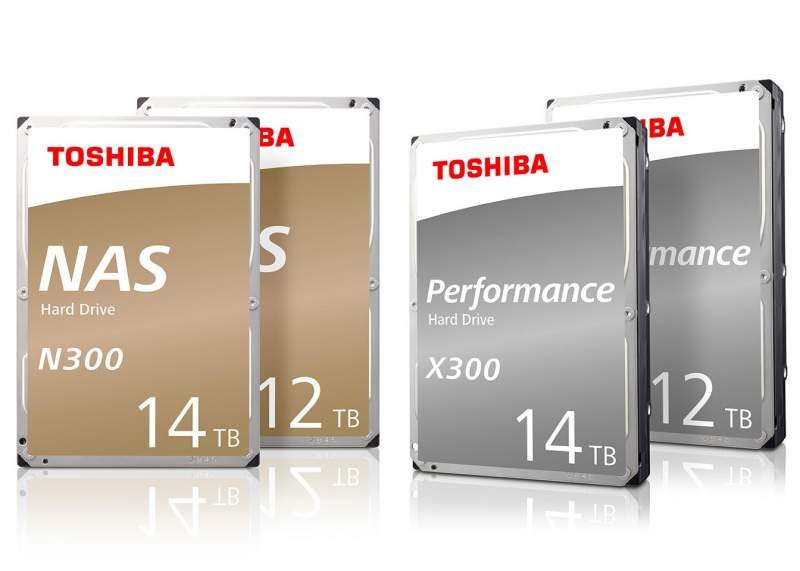 Toshiba is announcing larger capacity models for two of their hard drive product lines: The N300 and X300 series. These will now have capacity options of 12TB and 14TB each.

What is the Toshiba N300 Series For?

The N300 series is ideal for Network Attached Storage use and was a 10TB model was introduced eight months ago. It uses a 3.5″ form factor and runs at 7200rpm with a large 256MB data buffer.

In terms of reliability, the N300 drives have a high workload rating of up to 180TB-per-year. The series also has lower capacity options including 4TB, 6TB and 8TB with a 128MB cache. All drives in this series come with a 3-year warranty.

What is the Toshiba X300 Series For?

Meanwhile, the X300 series is Toshiba’s High Performance class HDD. It features Toshiba’s cache technology, optimizing cache allocation during read/write to provide high-level performance in real time. Furthermore, the X300 operates at 7200rpm with an increased cache up to 256MB like the 10TB model.

Other capacity options include 4TB, 5TB, 6TB, and 8TB capacities with a 128MB cache.

This series delivers extreme performance and robust capacity for creative and professional applications including graphic design, animation, photo and video editing, and PC gaming. Each have a 2-year warranty coverage.