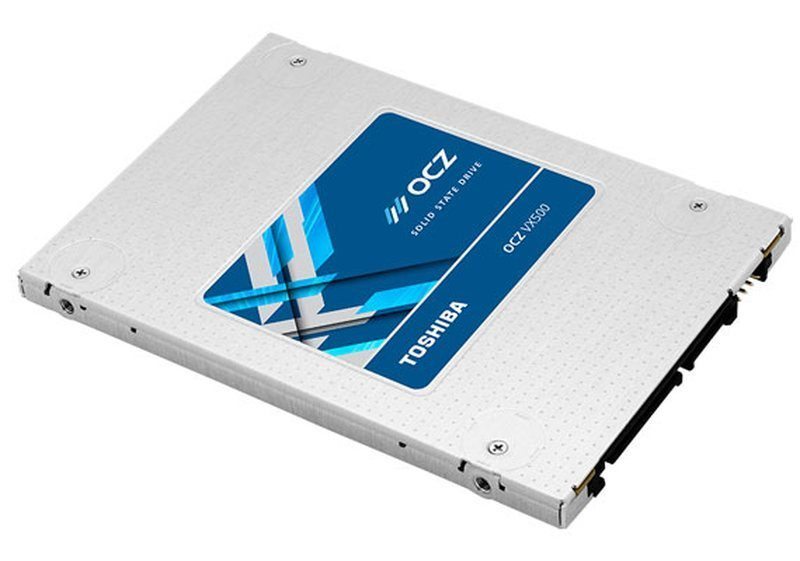 There is definitely no shortage of solid state drives on the market, but that doesn’t mean that there isn’t room for one more – especially of the kind that Toshiba just introduced. The new OCZ VX500 SATA SSD is targeting the main consumer market and is thought as a perfect replacement for the older outdated hard disk drives. And it isn’t like most other drives that we have seen lately with this market segment in mind.

Most mainstream SSDs that have been released the last year have been based on TLC NAND of some sort and while it is cheaper, it doesn’t feature the same endurance as MLC NAND does – and you might have guessed it, the VX500 is an MLC-based drive.

When it comes to transfer speeds and access times, traditional hard disk drives are no match for solid state drives, but they do still have the capacity advantage when we’re talking multi-terabyte storage. Very few need that kind of storage in their workstation or game system and SSDs are as such the perfect choice. The new VX500 SSD has a performance rating of up to 550 MB/s and 515 MB/s sequential read/write speeds and up to 92,000 and 65,000 4KiB input/output operations per second (IOPS) random read/write performance. The endurance rating depends a bit on the capacity of the drive, but the series as such comes with a TBW between 74 and 592TB. Speaking of capacity, the OCZ VX500 will be available from 128GB and up to 1TB capacity.

“Delivering over 3X the endurance of TLC-based SSDs[7], the Toshiba OCZ VX500 SSD series ensures users who need increased product longevity aren’t neglected in the wake of a value-oriented market,” said Alex Mei, VP of Marketing and GM of Etail/Retail SSDs at Toshiba America Electronic Components, Inc. “The VX500 series was designed for today’s DIYers looking to upgrade from traditional hard drives with a solid state solution that thrives in the wide spectrum of mainstream-oriented mixed workload applications.”

The VX500 is backed by the amazing, and in my opinion absolute best, Advanced Warranty Program for 5-years, giving customers total peace of mind if they ever need to replace a defective drive. Additionally, each VX500 SSD comes bundled with Acronis True Image cloning software for users to easily transfer their data to the new SSD and enjoy a smooth upgrade experience.