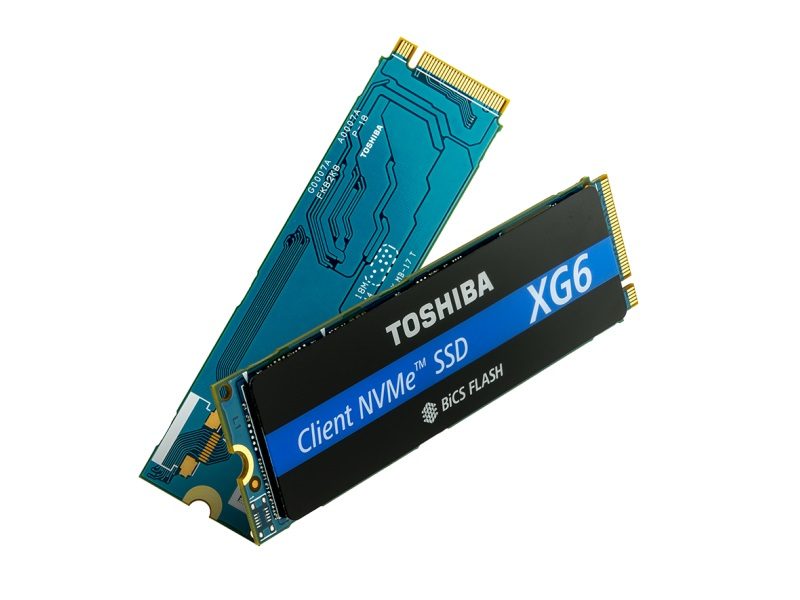 Toshiba is announcing the launch of their new XG6 NVMe SSD series, an update from their XG5 from last year. This new storage solution however, uses 96-layer 3D TLC NAND. The result is cost reduction while providing better performance over the XG5.

The Toshiba XG5 boasted excellent power efficiency similar to SATA under various workloads. For the XG6, Toshiba promises a similar level of efficiency, despite the higher performance. Although, this new drive is not replacing the XG5-P variant introduced 8 months ago. The “P” variant offers higher capacity beyond 1TB and has higher sustained speeds. The XG6 on the other hand, is available 256GB, 512GB and 1024GB capacities.

What is New in the Toshiba XG6 SSD?

The drive also features security TCG Pyrite standard and OPAL 2.01 as an option.

Expect a MTTF of 1.5 million hours. Additionally, the drive comes with a 5-year warranty.

When is the XG6 Going to Be Available?

Toshiba is currently sampling the XG6 to select customers and is now shipping out to customers. Furthermore, the drive is going to be demoed at the Flash Memory Summit on August 6th through 9th.