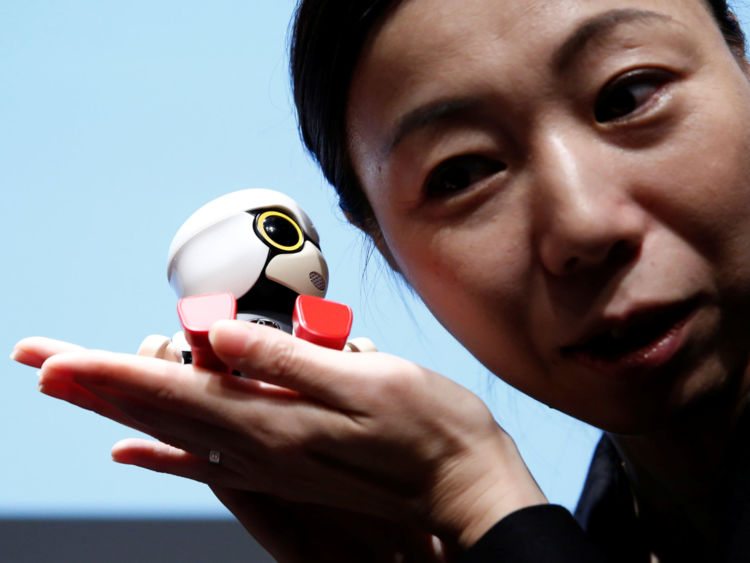 A staff member listens to Toyota Motor Corp’s Kirobo Mini robot’s voice as she poses with the robot after a news conference in Tokyo, Japan, September 27, 2016. Picture taken on September 27, 2016.REUTERS/Kim Kyung-Hoon – RTSQH3E

A new robot has been unveiled by Japanese carmaker Toyota, and while you might expect it to be for manufacturing or even something to do with autonomous vehicles, it’s actually designed to give companionship for lonely people, or perhaps just those who love the idea of owning a cute little robot.

The robot, known as Kirobo Mini, stands just four inches tall, speaks in a high-pitched baby-like voice and will be going on sale in Japan for just £300. Sure, that’s not cheap, but it sounds like a pretty fair price for a cool robot.

“Toyota has been making cars that have a lot of valuable uses,” said Fuminori Kataoka, the general manager in charge of the project. “But this time we’re just pushing emotional value.” he added.

Equipped with a camera, microphone and Bluetooth so Kirobo Mini can pair with your smartphone. It uses voice recognition, and even turns to you when you speak with it.

“This is not smart enough to be called artificial intelligence,” said Fuminori. “This is about the existence of something you can talk to.”

“He wobbles a bit, and this is meant to emulate a seated baby, which hasn’t fully developed the skills to balance itself.

“This vulnerability is meant to invoke an emotional connection.

“A stuffed animal might not answer back, but people do talk to it, like my daughter once did. But if it talked back, wouldn’t that be better? And isn’t this better than talking to a box?”

Unfortunately, the little bot is only available in Japan right now, but would you own a Kirobo Mini?