How to Train Your Dragon 3 Releases Kit Harrington Promo 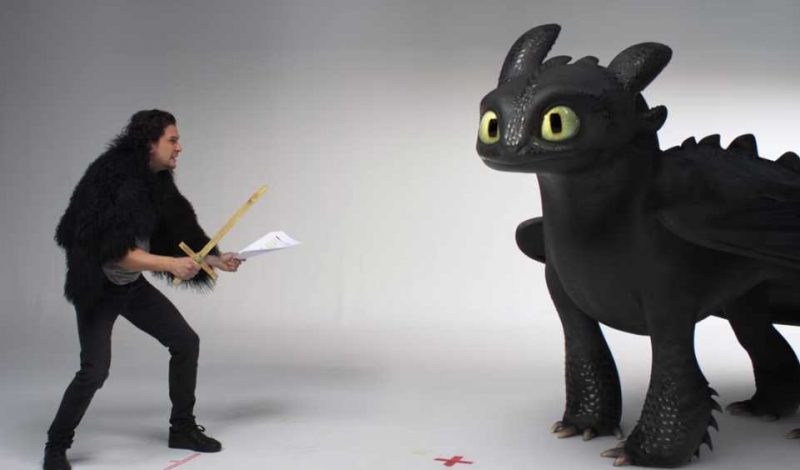 How to Train Your Dragon 3

When a new film is coming up for release, it isn’t unusual to see some trailers and promotional videos released. Additionally, it isn’t unusual to see attempts to be made to tie into other franchises and with that in mind, there are few bigger than Game of Thrones. With this in mind, Universal has released a promo trailer for How to Train Your Dragon 3. In it, Kit Harrington is sent back to 2010 as auditioning for the role of John Snow.

Rather than having a CGI screen though, he instead has Toothless as his partner.

The promo trailer has been advertised as a ‘lost audition tapes’. For those who are perhaps not aware though, Kit Harrington did have a role in the 2nd film and is expected to reprise it for the third film. As such, a How to Train Your Dragon/Game of Thrones cross-over seems inevitable sooner or later!

It is, however, hard to judge who the fans will love more in the video. Toothless does have a rather adoring public!

When Is The Film Out?

How to Train Your Dragon 3 will release in February 2019. It will release on February 1st in the UK while US audiences will (unusually) have to wait a little longer. Specifically, February 22nd. Given the popularity of the film though, this is surely going to be a pretty big hit for Universal.

What do you think? Do you plan to see the film? – Let us know in the comments!