Turris MOX is a Modular and Open-Source Router 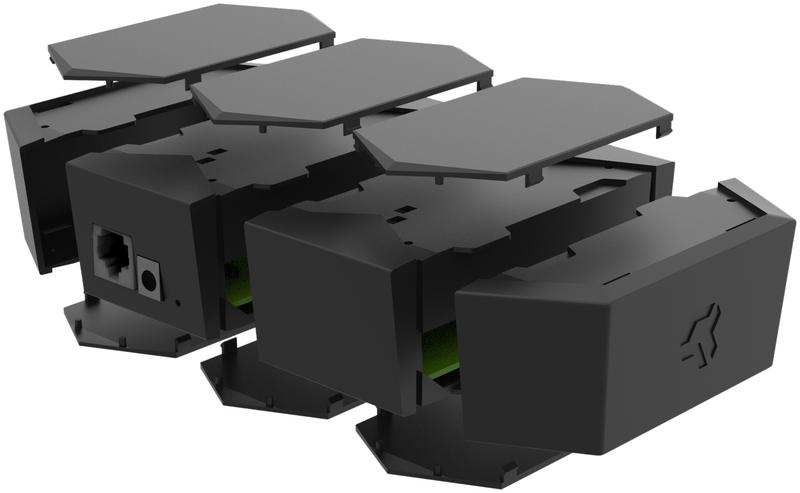 Turris MOX is a Modular and Open-Source Router

“Probably the first router configurable as easily as a sandwich. Choose the parts you actually want.” That is the official introduction to a very interesting Indiegogo campaign. The Turris MOX is both open-source and modular, which is quite unique for a router. The host for the campaign is CZ.NIC which is the official Czech domain registrar, and it is their second Indiegogo campaign. Their first campaign, also a router, was highly successful. The Turris Omnia gathering over 1.2 million USD (857% funding).

Turris MOX is the first modular router you can build according to your expectations. The router is built in modules, allowing you to build it the way you need it. Well, there are a few combination limitations, but nothing too bad.

There are five modules. The Basic module has the CPU, a USB 3.0 port, a microSD slot, and a Gigabit WAN port. The Extension module features a mPCIe slot as well as an external SIM card slot. Next is the Ethernet module, which has four Gigabit LAN ports. There’s also the Super Ethernet module with eight Gigabit LAN ports and an SFP module with, yes you guessed it, an SFP connector. This module supports up to 2.5Gbps bandwidth.

PoE+ users won’t be disappointed either. The basic Ethernet module can be augmented with a PoE dongle, allowing you to power your devices through PoE. The basic module comes with 512MB RAM, which should be plenty for most, but there’s also the option to upgrade it to 1GB. 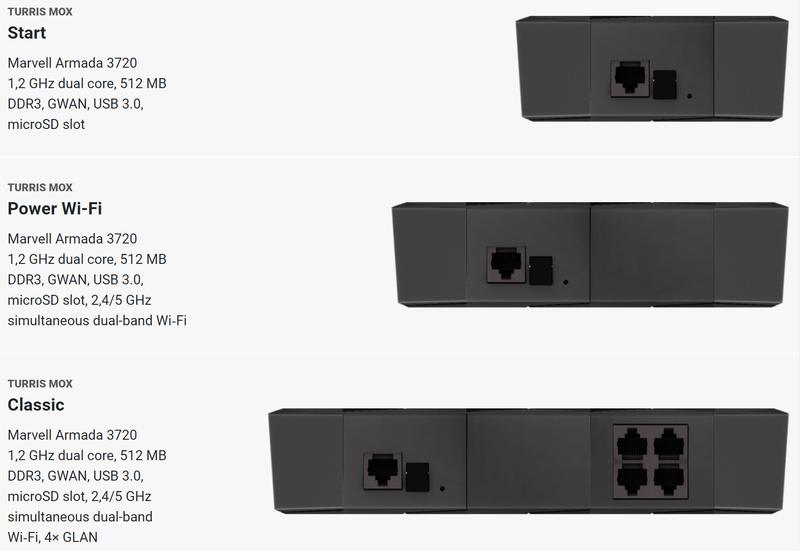 The router is powered by one of Marvell’s Armada 3720 processors. It is a 1,2 GHz dual-core, and there is 512MB DDR3 RAM to store things. Optionally, there is a 1GB RAM version for a little more. Dual-band wireless networking is possible too with an add-in to the basic module. Which module isn’t fully clear yet, but they expect to use a 3×3 wi-fi card. Probably a WLE900VX. The antennas are internal. 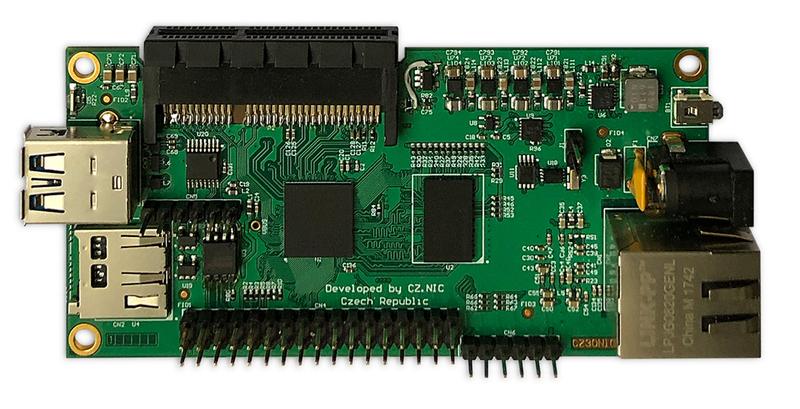 CZ.NIC is an association founded in 1998 by leading providers of Internet services in the Czech Republic. The key activities of the association include operation of the domain name registry for the .CZ domain and operation of the CZ top-level domain. They develop network software (BIRD, Knot DNS) and they are active in the Internet community (IETF, ICANN, RIPE NCC, etc.). A few years ago, they also launched the non-profit research project Turris where they created a first generation of the Turris router.

The router is powered by Turris OS, which is a custom-designed open source software based on the OpenWrt project. The OS features an automatic update system, allowing you to keep it up-to-date at all time. When a security threat is identified the Turris development team creates an update that the router immediately downloads.

Turris OS supports Quick and easy OpenVPN server, HaaS (honeypot as a service), PaKon (parental control tool), NetMetr (internet access measuring tool) and other things. The operating system is open source with full documentation available on the project website. The OpenWRT base also means that you can install hundreds of additional programs.

Where do I find the Turris MOX?

Turris MOX is currently in the funding period, and you can find it on Indiegogo by clicking here. You can mix and match to get just the right device for you, at least in theory. There are basic packs, early bird specials, and individual parts to pick from. The starter kit is currently available for $55 while the top pledge is $2500 for dinner with the team. The estimated time to receive the items varies a bit, from October to December 2018.

You can also visit the official site for the Turris Mox where you’ll find every little detail available. Will you get one? If so, will you fund the campaign or wait for the release? Let us know in the comments.