The Atlas Three is a classic Turtle Beach design, borrowing heavily from previous models such as the Stealth 300 we reviewed a while back. However, there are a few immediately noticeable design changes. All the blue of the PlayStation variant or green of the Xbox variant is blacked out now. The headset just looks more mature and stylish for it too. 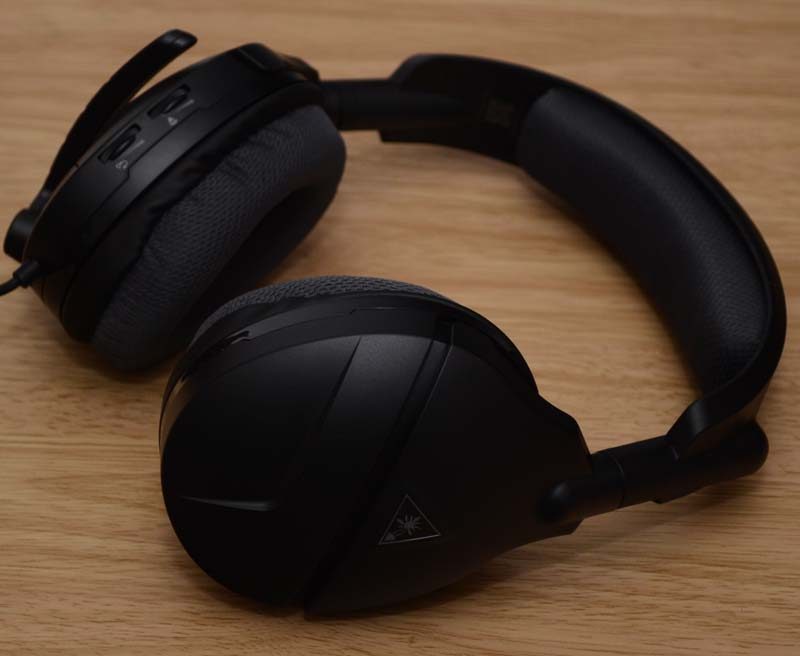 The ear cups are quite deep, allowing room for the larger drivers, lots of padding, and of course, the built-in amplifier and batteries too. Down the front side of the right ear cup, you’ll find two volume wheels; one for the microphone, one for game audio. 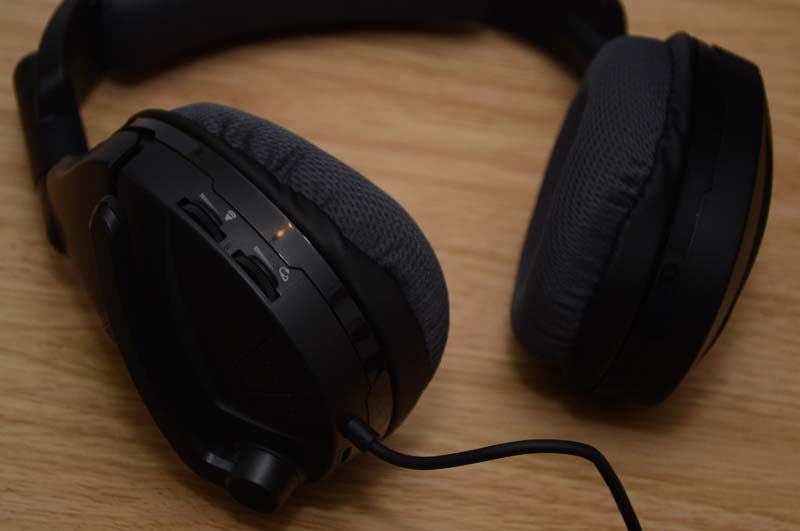 Just behind those, a mode button and master power button are within easy reach. The power button is self-explanatory, but the mode button is used for EQ. By default, the headset gives you the signature Turtle Beach sound. However, you can flick through the modes for boosted treble, bass, or both, to give your sound more detail or wow factor based on what you’re doing. 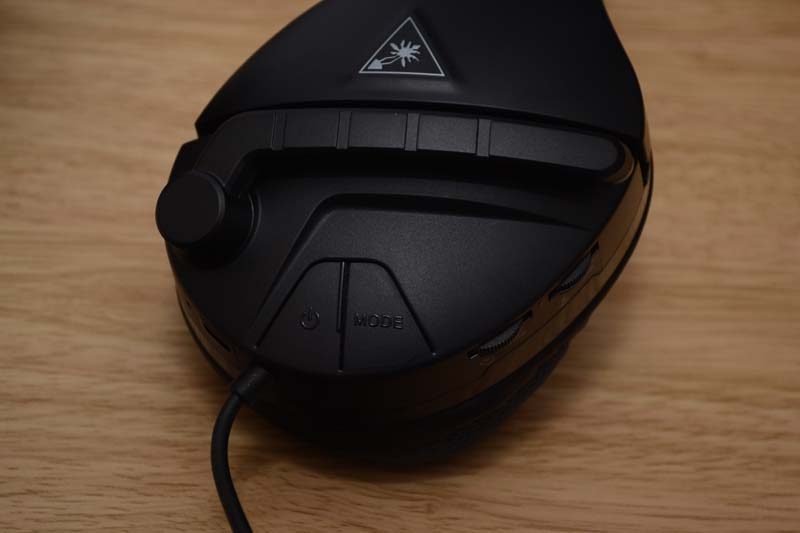 The headset features a hard-wired flip-up microphone too. When it’s folded up, it automatically mutes for privacy. It’s also nicely out of the way and unobtrusive. Even when folded down it’s hardly in the way, and sits to the side of your face, so you’re not shouting and spitting right into the thing; which your teammates will appreciate. 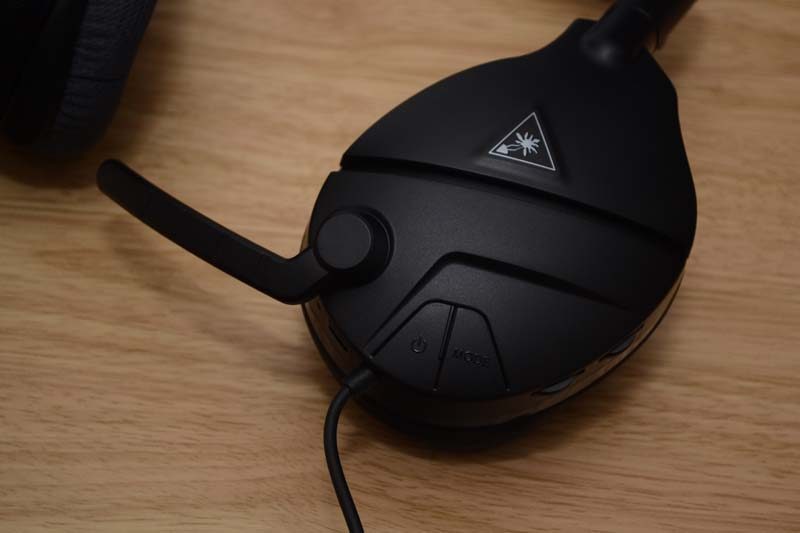 While the headset has a plastic exterior, it’s very nicely finished with mate blacks. No cheap glossy finishes to be found here, and it feels like a quality product. Furthermore, the headband has a metal interior, giving it added durability and rigidity. There’s a good range of adjustment here too, making it suitable for both younger gamers and adults. 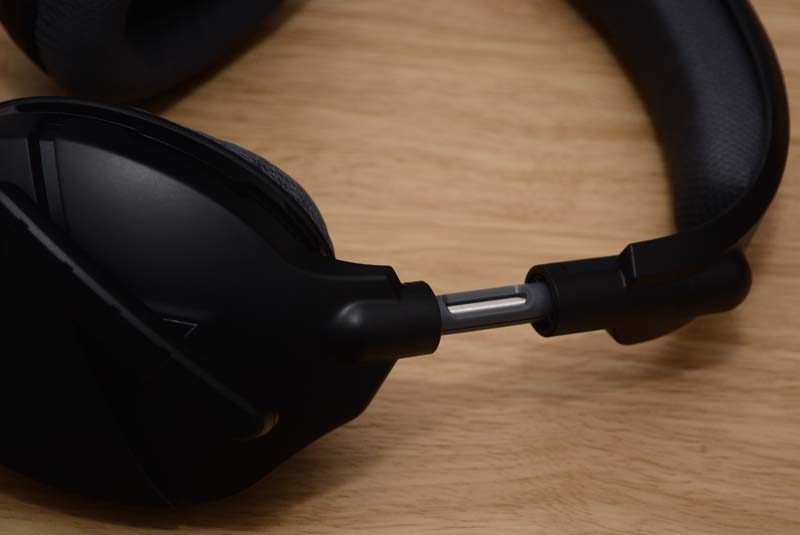 Both the ear cups, as well as the headband, come with thick memory foam padding. It’s cloth-wrapped too, so it’s breathable and very comfortable against your skin. 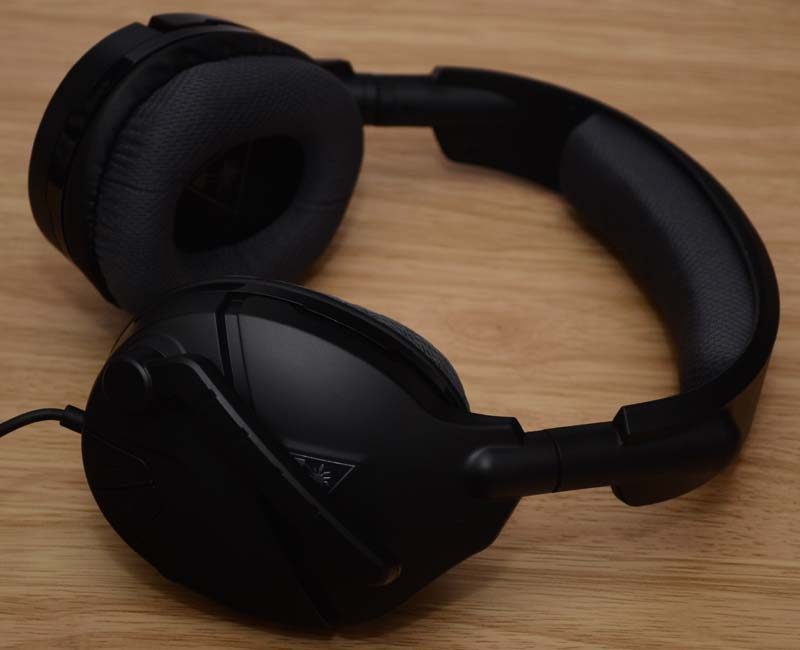 For those long gaming sessions, it’s sure to stay firmly but comfortably on your head. 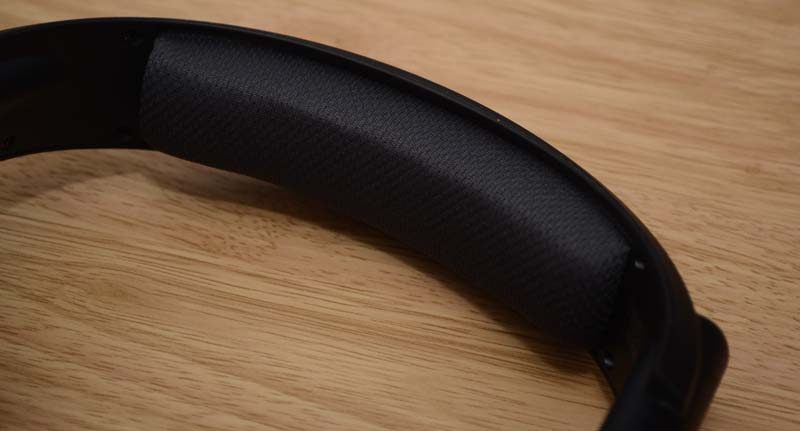 Those drivers are pretty punchy on their own, as Turtle Beach drivers often are. They’ve been using pretty much the same setup for years now, and it’s what gives them their “signature sound” quality. Fantastic clarity and detail in the mid and upper EQ, with zero distortion even at max volumes. What’s different here though is the bass response, which can be quite flat and accurate at the default setting. However, for movies, music, and gaming, it’s a clean and forgiving sound that’s easily on par with more expensive headsets. 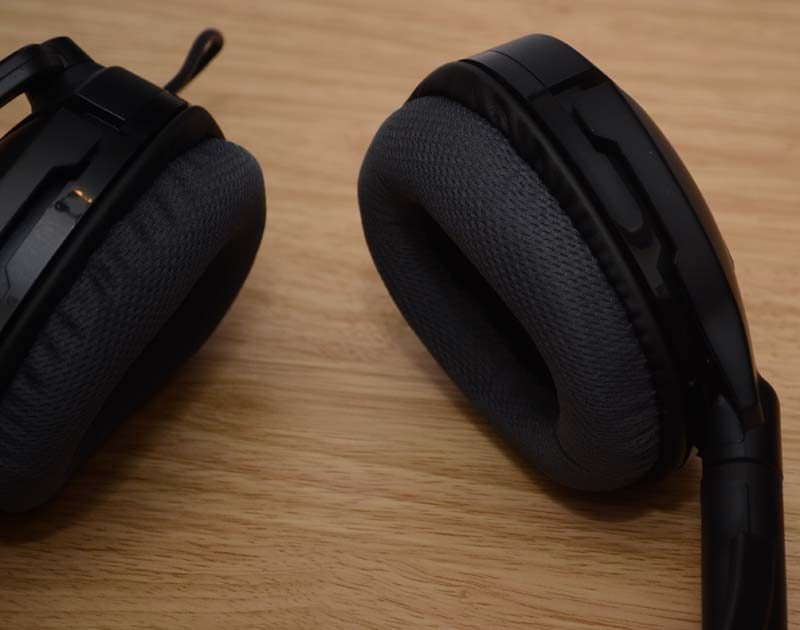 The secret sauce, however, is the built-in amplifier, the mode button, and the volume control. You can really crank this headset and drive it quite a bit harder than your usual Turtle Beach headset. Push the volume up and the drivers really sing, and the bass response ramps up too, giving you big volume and big bass to match. Not that I implore you to deafen yourself, but if you want that big cinema sound, it’ll get you there with brute force alone. 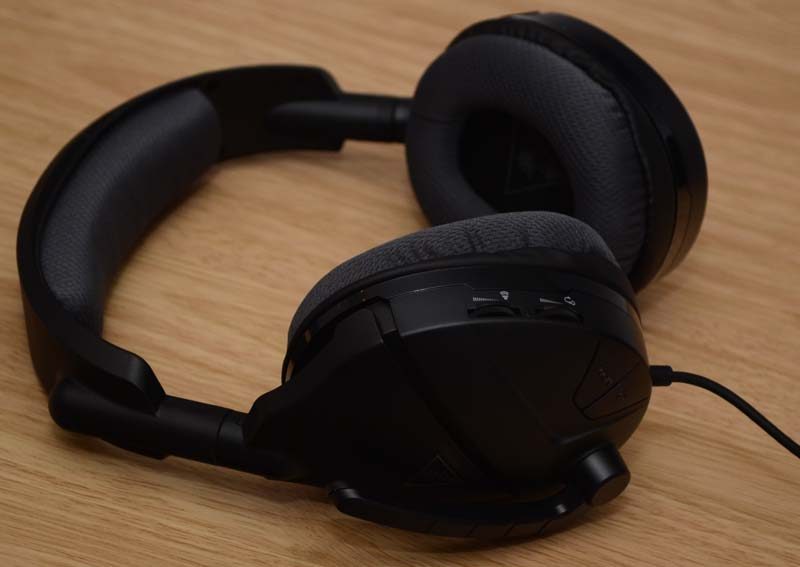 The mode button is the real star of the show though. You can dial in the treble boost, giving you very hollow sounding audio. This mode works superbly for competitive FPS but also makes listening to chatter or audiobooks less fatiguing. Personally, I like the bass boost mode, which really puts the thump into movies, music and gaming. Listening to some death metal, the drums have a serious impact, while the mid-range crunch of the guitars roars through. All this without sacrificing those high-end frequencies. The choice is yours, but one way or the other, the audio performance gets a huge grin and a big thumbs up from me! 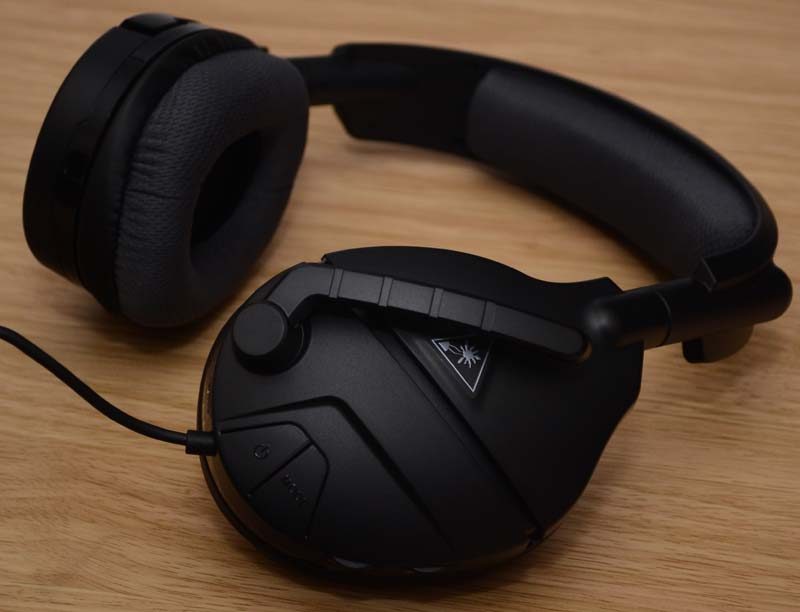