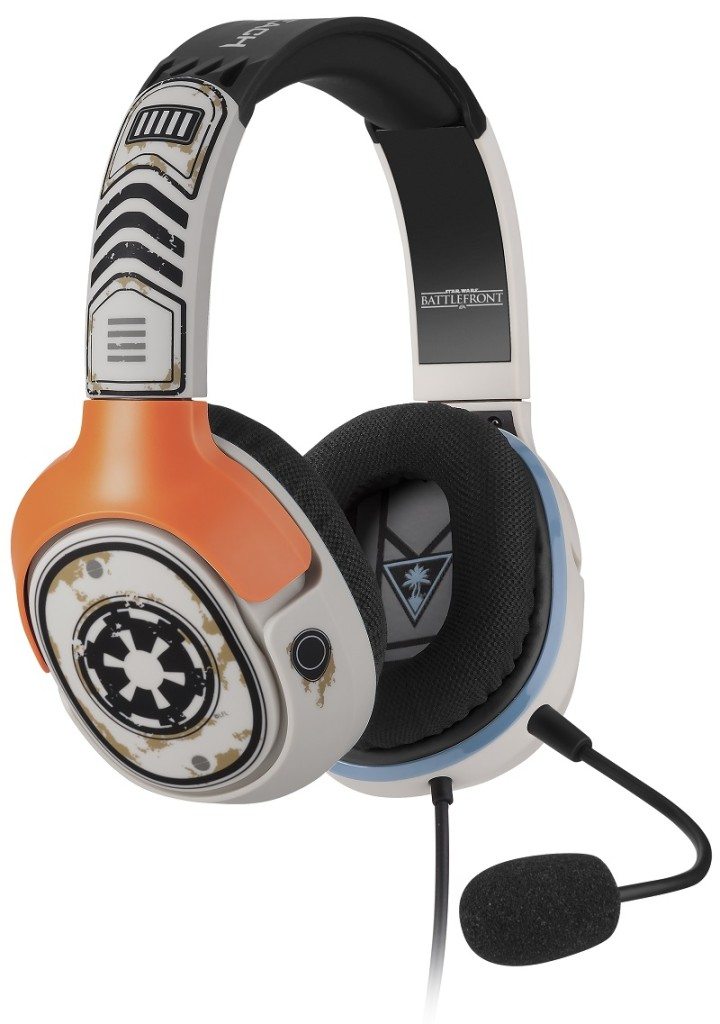 The Star Wars themed Sandtrooper and X-Wing Pilot gaming headsets are the perfect match for fans of Battlefront, although I personally think they look pretty cool in general, so perhaps you don’t have to be a hardcore Star Wars fan to enjoy them.

The Sandtrooper headset (above) is themed after the squad of Stormtroopers donning the signature orange shoulder pauldron and is available for a MSRP of £69.99.

The celebrate Star Wars: The Force Awakens, the X-Wing Pilot headset is themed after the signature orange jumpsuits worn by Rebel Alliance pilots and is based on Turtle Beach’s all-new lightweight and comfortable entry-level Recon series design and features a very reasonable MSRP of £34.99.

“Star Wars is one of the hottest, must-have consumer brands heading into the holiday season and we’ve got two truly unique, high-quality Star Wars-inspired headsets fans will definitely want to add to their collections,” said Juergen Stark, CEO, Turtle Beach Corporation. “Turtle Beach is filled with hardcore fans, so it’s been a real pleasure for us to design these two headsets that will let gamers further immerse themselves in theStar Wars universe.”