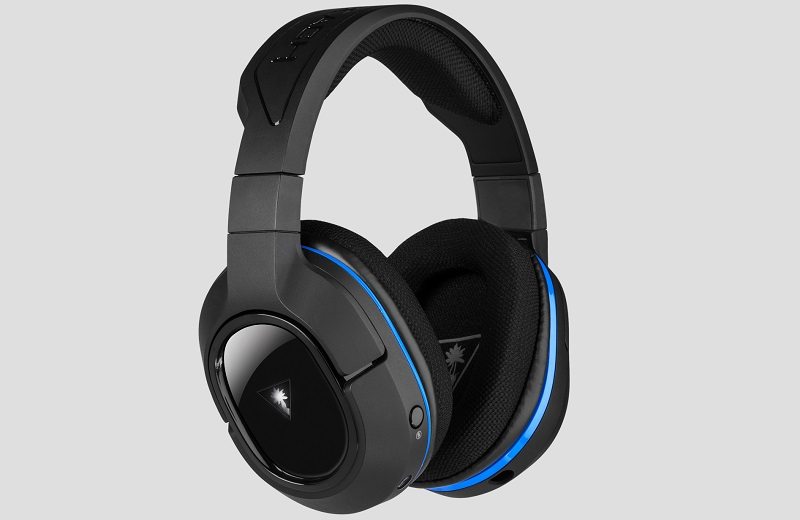 It’s fairly common for gamers to own more than one console, and when you’re ready to play online, the last thing you want to be doing is trying to find the right headset for the right console. The best way to reduce the need for multiple headsets is to purchase a multi-format headset; that’s where the new Turtle Beach Stealth 400 comes into play. The Stealth 400 is compatible with PlayStation 3, PlayStation 4 and mobile device. This means that quickly flicking between consoles should be relatively easy, with the added bonus that you can take the headset on the go with you for use with your mobile device.

The Turtle Beach Stealth 400 is a wireless headset, meaning you won’t have to suffer from trailing cables while gaming. Not all devices allow for wireless connectivity, so Turtle Beach have also included a 4-pole 3.5mm cable that will work great for hooking the headset up to your phone, tablet, mp3 player, or portable gaming device such as the PlayStation Vita.

The headset comes with a range of connectivity options, such as the USB transmitter, which has an optical input (TosLink cable included). The headset is equipped with powerful 50mm drivers and a removable omni-directional microphone.

The dongle is easy enough to use, it’s just a USB plug on one end that you can connect to your console and there’s a small optical cable port on the side. 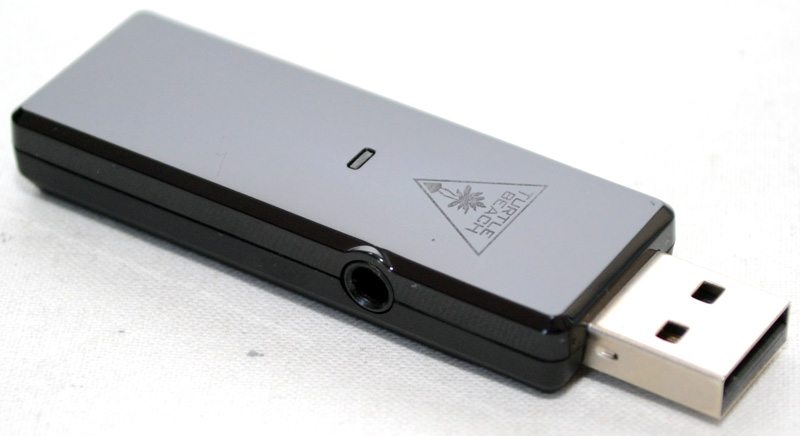 The detachable microphone has a flexible boom to better adjust your speaking position. Of course, you can completely remove it should you not need it.

The construction of the headset is mostly plastic, which helps keep the overall weight of the unit as low as possible. 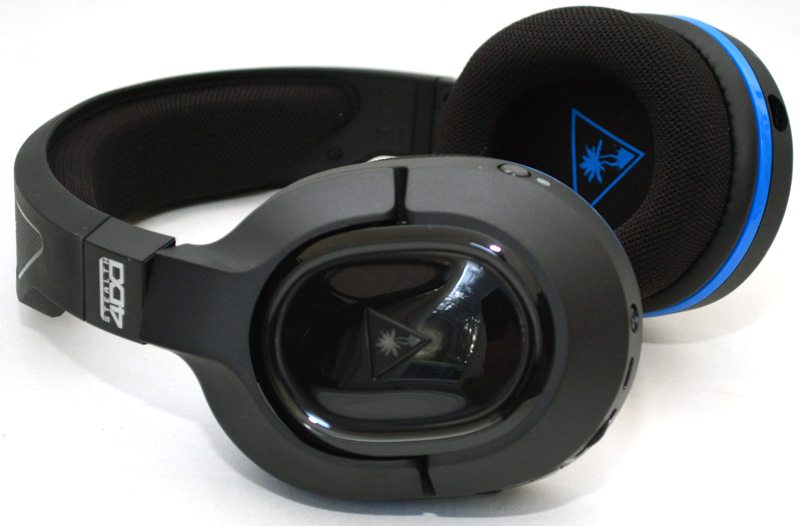 Because this is a wireless headset, all the major controls have been placed on the underside of the drivers. Here you will find chat and game volume dials, a preset toggle button, the USB recharging port and the 3.5mm jack for mobile use. 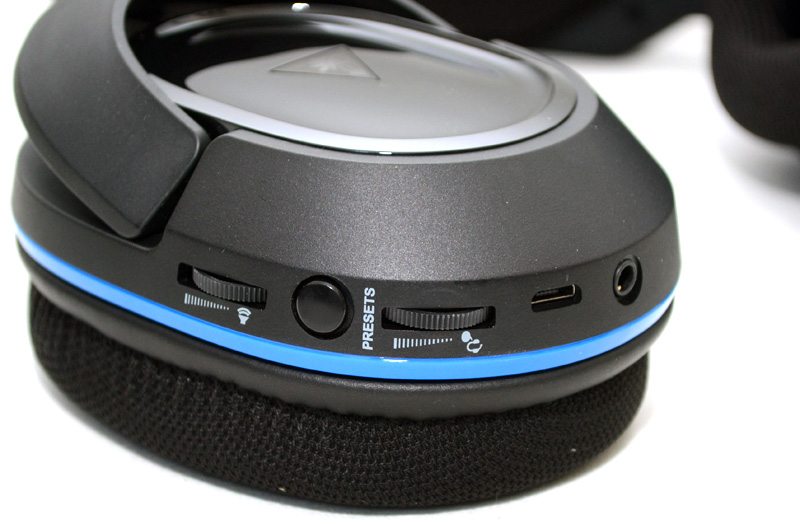 Separate from the other controls you’ll also find the microphone master mute button; this way you don’t knock the volume dials when you need a little privacy. 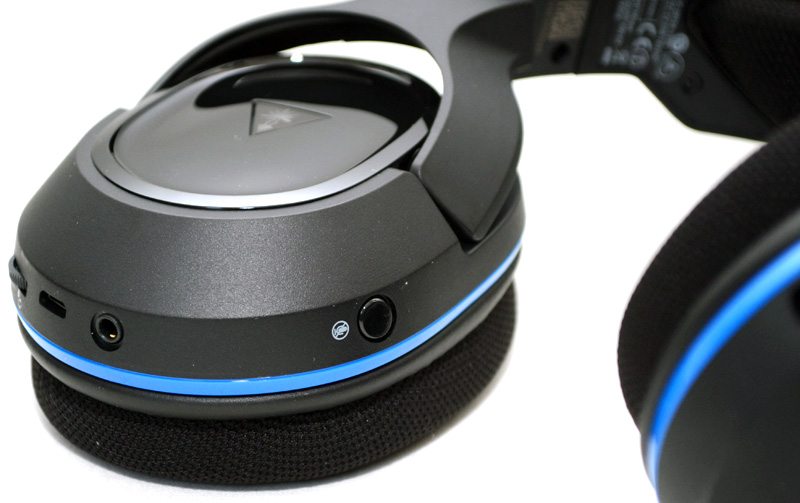 The left driver has a recessed jack socket for the microphone. 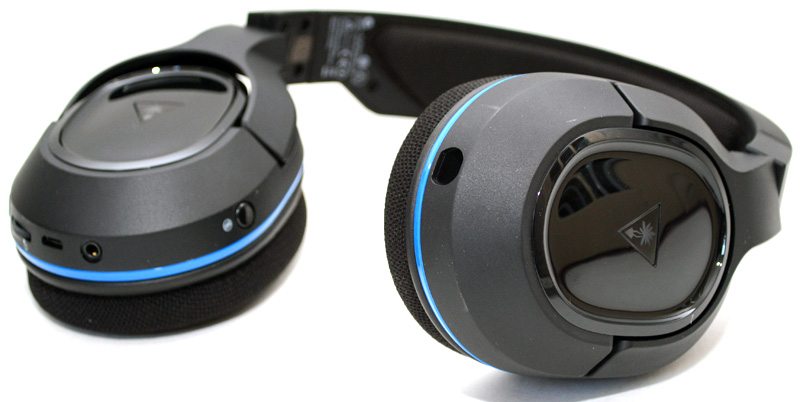 The plastics on the Stealth 400 have been given a lightly textured matte finish, with the exception of a small glossy panel on the back of each driver. Despite its plastic construction, the headset feels very tough and durable. 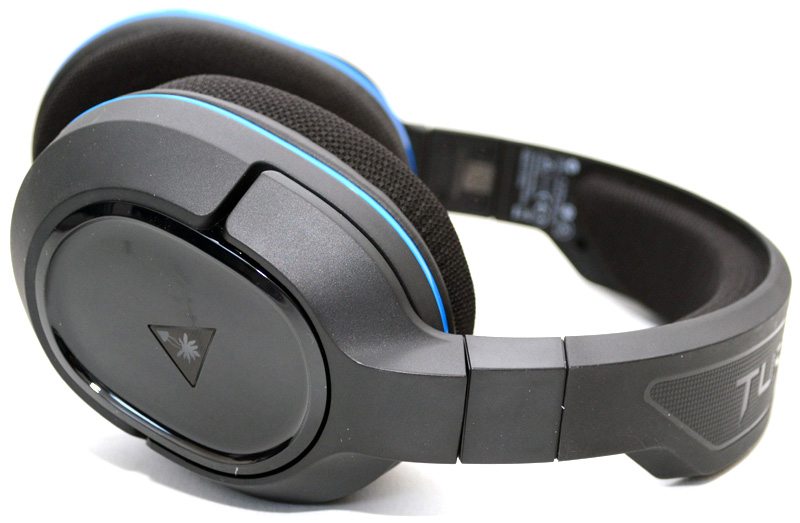 There’s a rough rubber texture to the top of the headband, where you’ll also notice the embossed Turtle Beach logo. 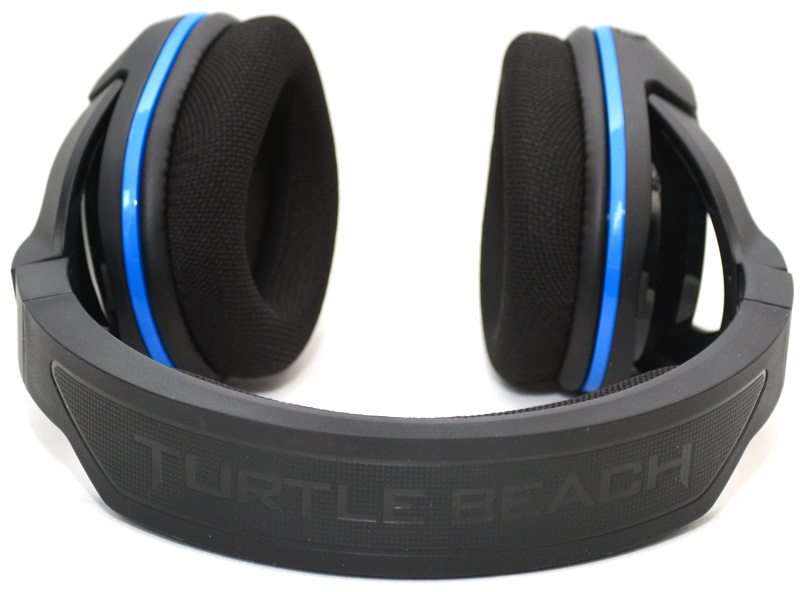 The headband comes with slide out extenders which lock firmly into place. The headset has a good range of extension that should make it suitable for younger gamers, as well as adults.

The ear cups can be rotated inwards, allowing for a better fit against your ears, while also meaning they’re more comfortable to wear around your neck between games. The padding on the drivers is quite hard, but it’s got a nice soft external cloth cover and they should break-in over time to become more comfortable. 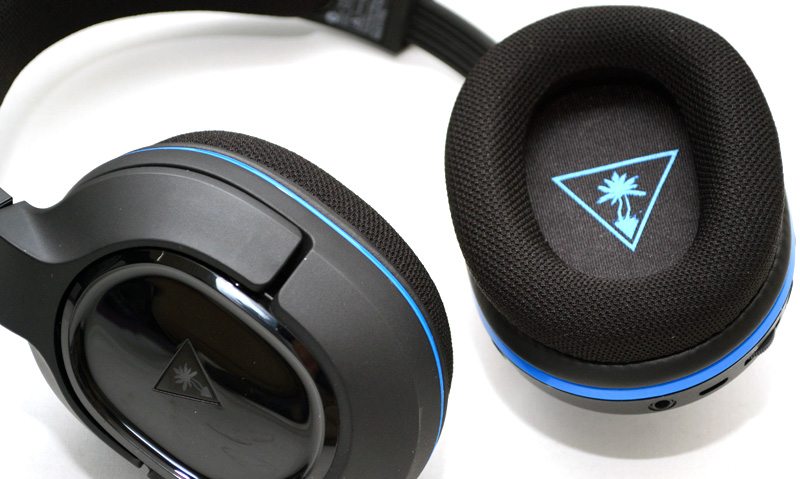 Overall a really nice looking headset with understated looks. I like the blue trim around the ear cups, but given the name “stealth”, perhaps all black would have been a little bit cooler. 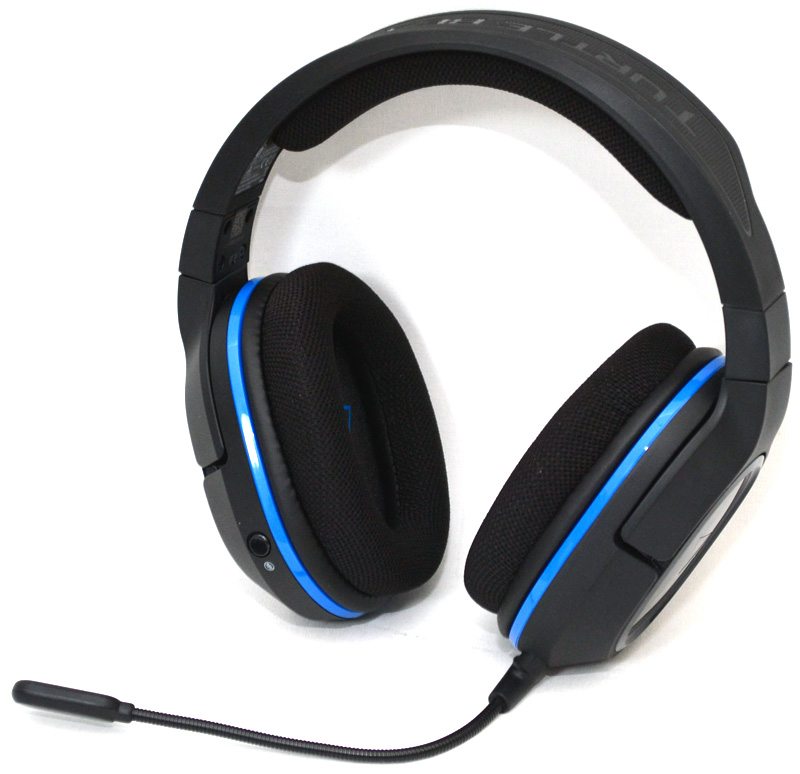