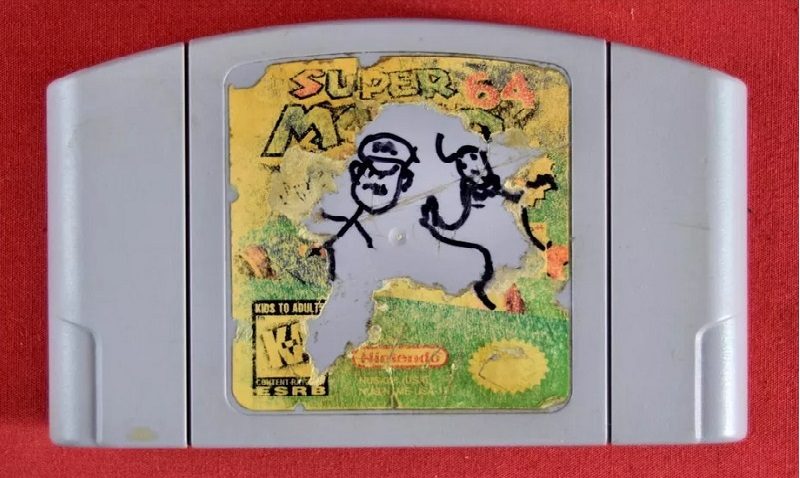 We all have a game that we probably spent too much time playing, but with that, probably game a lot of love. That use, however, can usually have some pretty heavy effects on the labelling of the game.

At a point where collectors should look away now, a Twitter feed is trending with people showcasing the best (or worst) examples of games that were played beyond recognition.

The best of the worst!

Animal Crossing games often require at least 100 hours to complete and this 3DS cartridge is certainly showing that level of use.

Super Mario What? Yes, anyone who had an N64 has Super Mario 64 and with good reason. It was an excellent game. Some creativity has been necessary, however, to restore this game to its former glory. Sort of.

Similarly, GoldenEye was a console classic. In this version, however, it seems that either James Bond has had an accident or someone wanted to pretend it was Boss from Metal Gear Solid instead.

Someone probably bought this copy of Pokemon Snap hoping it was a game about capturing, training and battling Pokemon. They were of course entirely wrong and instead wanted to suggest it was actually the Legend of Zelda, for the Sega Dreamcast, which was also “possibly one of the worst games ever made”. I personally don’t recall this port.

You can visit Abused Games Twitter feed by clicking the following link.As above though, probably best avoided if you are a collector of these. Some of the examples will likely bring a tear to your eye.

What do you think? Do you own any ‘well worn’ games? – Let us know in the comments!