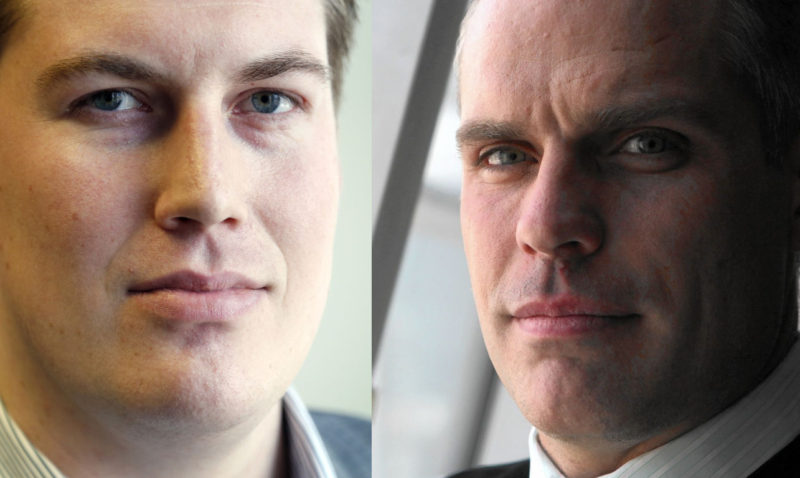 Two US lawyers have been indicted for engaging in an elaborate extortion scheme which involved deliberately seeding copyrighted materials they owned to torrent sites so that they could sue anyone who downloaded and shared them, according to the Washington Post. California attorneys Paul R. Hansmeier and John L. Steele, who ran the Prenda Law firm, used shell firms to buy the rights to pornographic films, with titles such as “Sexual Obsession” and “Busty Beauty in Red Lingerie,” upload them to torrent sites, and then send cease-and-desist letters, offering the downloaders an out-of-court settlement fee of $4,000, according to a Federal Court.

The case was first heard in 2013 by US District Judge Otis Wright, who accused Hansmeier and Steele of defrauding the court and accusing their law firm of being a “porno-trolling collective.”

“Copyright laws originally designed to compensate starving artists allow starving attorneys in this electronic-media era to plunder the citizenry,” Wright said while imposing sanctions on the pair in 2013. The matter has now escalated to a criminal case.

“Abusing one’s position as a licensed attorney and using the courts and legal process to file false and abusive copyright claims that threaten individuals and encourage fraudulent settlements is wrong and will not be tolerated,” Assistant U.S. Attorney General Caldwell said in the indictment. “We will act to protect the integrity of judicial proceedings against attorneys and others who would seek to use them as a mechanism for their own illegal gains.”

“When these individuals did fight back, the defendants dismissed the lawsuits rather than risk their scheme being unearthed the indictment added. “Many of the individuals who received the defendants’ letters and phone calls agreed to pay the settlement rather than incur the expense of defending the lawsuit — which would undoubtedly exceed the settlement amount — or risk being publicly shamed for allegedly downloading pornographic movies.”

The scams came to light after defendant who received threatening letters from Prenda Law decided against paying the out-of-court settlement fee and took the matter to court. Hansmeier and Steele ignored subpoenas and dismissed lawsuits, and the U.S. District Court for the Central District of California started to notice something was arwy.

“Plaintiffs do have a right to assert their intellectual-property rights, so long as they do it right,” Wright said back in 2013. “But Plaintiffs’ filing of cases using the same boilerplate complaint against dozens of defendants raised the Court’s alert. It was when the Court realized Plaintiffs engaged their cloak of shell companies and fraud that the Court went to battle stations.”

While Hansmeier and Steele were not alone in engaging in such a scheme – copyright trolling lawsuits made up one-third of copyright infringement cases back in 2013, according to Mitch Stoltz of the Electronic Frontier Foundation – the pair were one of the biggest offenders.

“For a time,” Stoltz said, “Mr. Steele and Mr. Hansmeier and their counterparts were the most prolific group that were abusing the judicial system with completely false or poorly justified suits to make a quick buck.”