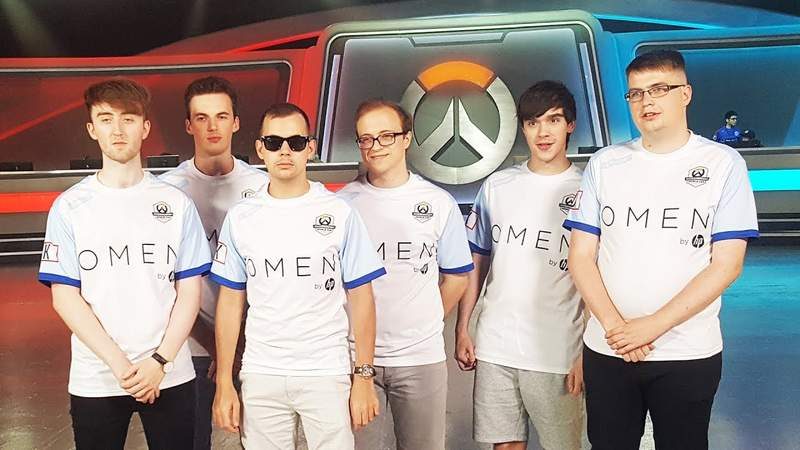 The US team was extremely confident coming into the Overwatch World Cup playoffs. However, their hopes of facing against the South Korean world champions have been dashed by the UK team. That is, despite UK having mostly players from the Contenders series, while the US team is full of OWL all-stars.

The in-game character quote “Overconfidence is a flimsy Shield” from Zenyatta applies perfectly in this case. As Team US’ top main tank Muma, regarded as the best tank player in the North American market, saw himself getting outplayed by the UK players. Take this particularly embarrassing 1-v-1 with Muma vs UK’s MikeyA for example on the only match which US won.

There is also plenty of blame to go around, including his teammates not providing sufficient support. It also does not help that Team US player Sinatraa was disrespecting UK players by teabagging with every kill on the first round. There is also the questionable coaching decisions such as swapping out veteran OWL player Hydration for OW Contender Zacharee to run a GOATS comp.

Team US has been bragging in interviews ahead of the match that they have plenty of counters to the infamous team composition. GOATS of course, refers to the sped-up tank heavy composition which absolutely mauls through most teams. This team composition has been the linchpin in securing many competitive victories this season. So knowing how to counter and use it is a necessity in winning.

However, the US was simply outplayed by UK in almost every encounter outside of the first map. UK support players were also obviously much more well-versed in running a GOATS composition than the US. Which made it baffling why American coach Aero did not put in Hydration. Especially since Hydration’s Pharah could really do damage against a GOATS team in the Route 66 map.

What are the UK Team’s Chances to Win the Overwatch World Cup? 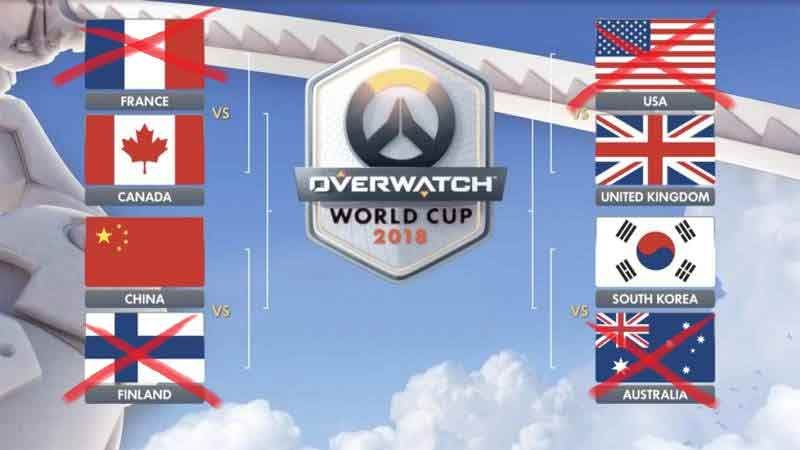 Since they are the underdogs, UK team has the hardest hill to climb to get the World Cup. Canada will be facing off against China, while the UK is left to face off against South Korea. The South Korean team of course, looking to secure their third win in a row as World Cup champions. The winners of those top 4 face offs will then battle for Gold and Silver, while the two losers will fight for Bronze.

Despite what analysts were saying prior to the South Korea vs Australia matchup, the championship team did not seem to lose their step. Even after last minute substitutions were made to the roster. Patience will be the key to Team UK’s victory, who might be able to steal the win if they fought as hard as they did yesterday. South Korea has experience on their side and they are not easily tilted or overwhelmed.

When is the Overwatch World Cup Finals?

The South Korea vs United Kingdom match will start at 9:30 AM PDT.

Where Can I Watch the Playoffs and Finals?

There are multiple ways to watch the event. For livestream, you have the following options:

If you prefer traditional cable/OTA broadcast, you would have to check your local listings for select broadcasts. In the US/Canada, it will be on ESPN 3 and Disney XD (English). Those in Finland and EU can watch it on on Yle Entertainment (Finnish). Lastly, Japanese viewers can watch it on Cyberz.

Of course, you can also watch via the new overhauled Overwatch viewer system which went live a few days ago. This gives viewers a comprehensive view of the match unlike anything before.