Twice as Fast as USB 3.2 via Intel’s Thunderbolt 3

News of USB 3.2‘s arrival just several days ago boasted speeds of up to 20Gbps. Now, according to Intel at a Taipei event this Monday morning, that speeds is about to double with the arrival of USB4. That is because they have officially offered up Thunderbolt 3 open licensing to manufacturers, and integrating this technology to the USB4 standard.

While USB 3.2 (officially USB 3.2 2×2) offers up to 20Gbps via two 10Gbps channels, USB4 offers dual-channel 20Gbps for 40Gbps. Minus the confusing name this time (fingers crossed). More importantly, it will be using the same USB-C connector so it is backwards compatible. 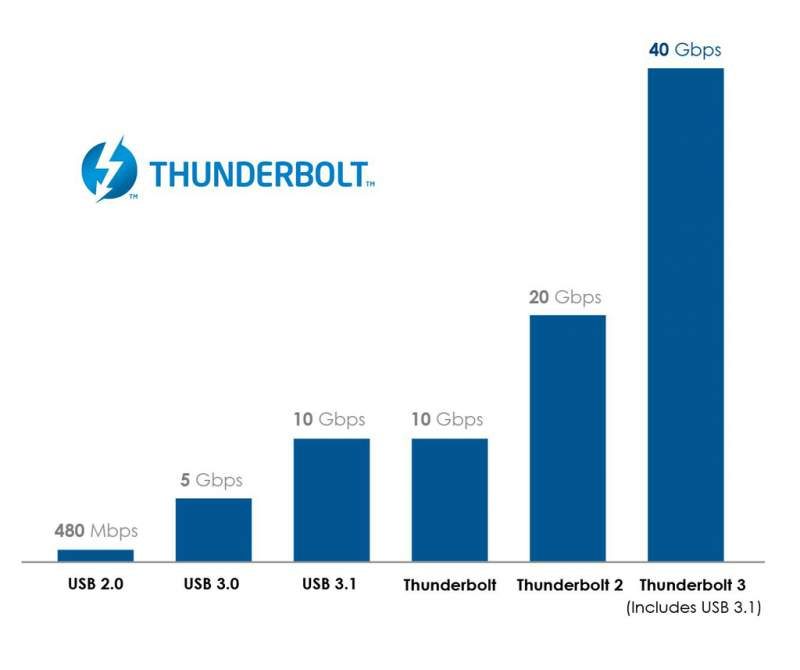 When Can We Expect USB4 Products to Arrive?

Obviously, with open licensing, the arrival of USB4 should come sooner than previous iterations. However, don’t expect any hardware yet until 2020. Even detailed specs will most likely not arrive until mid-2019.

For now, Intel did not clarify whether this is a one time deal. Obviously, it would be great news if there is cross-compatibility with future USB and Thunderbolt products as well.

One thing is for sure though. Intel is not abandoning the Thunderbolt connectivity brand yet. They just have not revealed what their plans for its future is. This would definitely make the upcoming Computex 2019 a very interesting one.