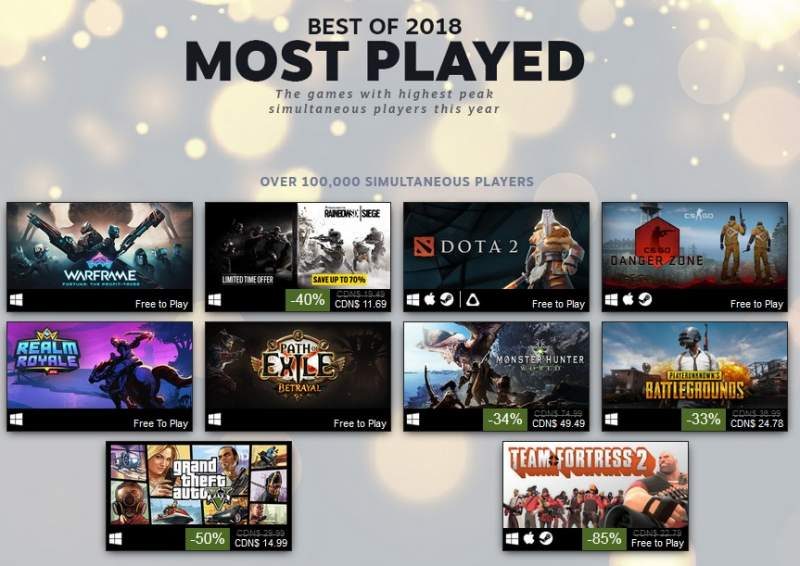 Valve has released their annual “Best Of” list for their Steam platform. Just like last year, they have partitioned the titles into several categories and tiers. The categories include: Top Sellers, Top New Releases, Top Selling VR games, and Most Played games.

Valve has multiple tiers for this category with Platinum at the top and Bronze at the bottom. All representing a certain (undisclosed) sales threshold. The list also includes all different kinds of Steam revenue; game sales, in-game transactions, and DLC.

Twelve titles made it to the Platinum tier, with Grand Theft Auto V and CS:Go showing no signs of slowing down despite their age. Assassin’s Creed Odyssey, Elder Scrolls Online, Far Cry 5, Monster Hunter World and Rainbow Six Siege are also on the Platinum list. 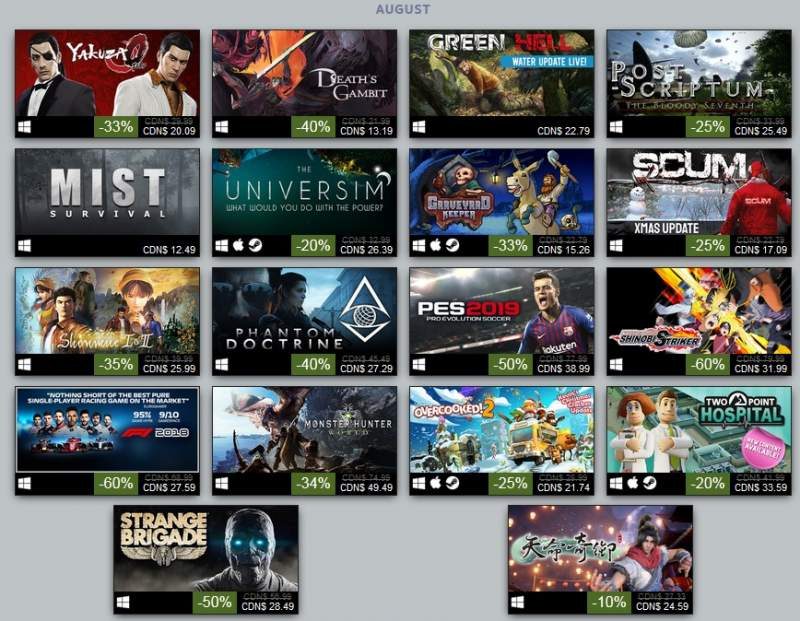 For new game releases, Valve categorized them depending on their release month. There are 11 titles which earned the most in January for example, with Dragon Ball FighterZ undoubtedly belonging there. February appears to be the most profitable month, with 22 titles earning big bucks. Some notable titles here include Hunt, Metal Gear Survive, Kingdom Come Deliverance and the Chrono Trigger PC port.

Which Games are the Most Played on Steam?

The Most Played Games list contains games that had more than 15,000 simultaneous players at some point during the year. To fully recognize the games that have built a significant community and player base, Valve excludes a number of games that only had short-term spikes in player count due to running giveaways.

Interestingly, fighting games are not particularly popular this year. With Dragon Ball FighterZ being the most popular reaching only over 25,000 concurrent players.

Read the full list of games in this category by following this link.