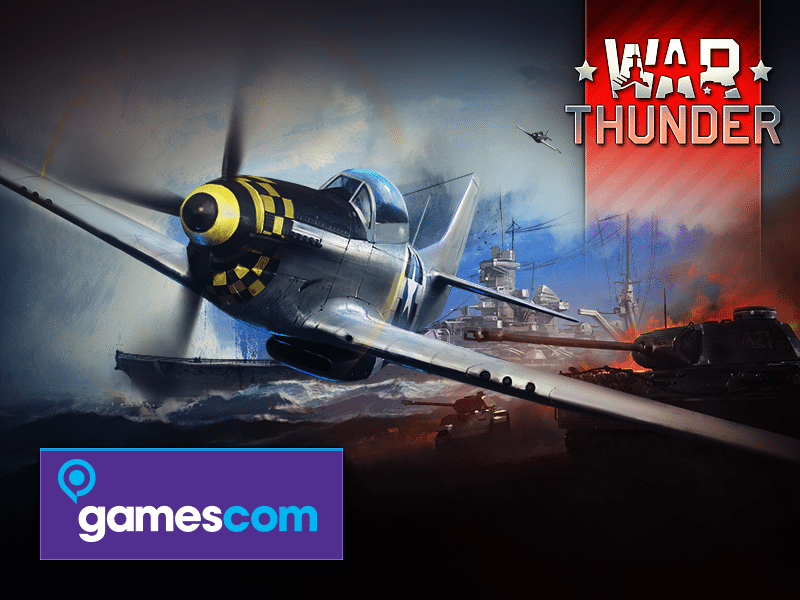 Developer and Publisher Gaijin Entertainment today announced that they are the first CIS-located company to win at the Gamescom awards. The company claimed the “Best Simulation” for their hit franchise and military MMO game War Thunder. As one of the most coveted awards in the European games calendar, the Gamescom 2013 awards are nominated by a jury leading games critics from US and Europe’s most respected games media outlets.

From August 21st – 25th, during Gamescom 2013 tens of thousands of visitors to the Entertainment area of the Koelnmesse in Cologne walked away impressed after trying out the demo version of War Thunder for PS4 for the first time and after experiencing the open beta for PC.

“We are blown away to be awarded “Best Simulation” for War Thunder at Gamescom 2013. The show has been one of the most important events in Gaijin Entertainment’s history. We unveiled the PS4 version to the public and demonstrated the ferocity of tank warfare and our support for Oculus Rift behind closed doors to the selected press. We would also like to thank the thousands of attendees who played through the demo in the Entertainment area and for their fantastic feedback in what is shaping up to be the biggest game in our history.” says Anton Yudintsev, CEO, Gaijin Entertainment.

War Thunder is currently in open beta on PC. Over 3,000,000 players already know the enjoyment of raining down aerial destruction via the PC-version of War Thunder and this fan base continues exponential growth with the recent release on Steam digital distribution platform. War Thunder is also going to be the PlayStation 4 launch title.

Download War Thunder for free from the official website and join in a heated battle to dominate the skies at warthunder.com.

Thank you Gaijinent for providing us with this information