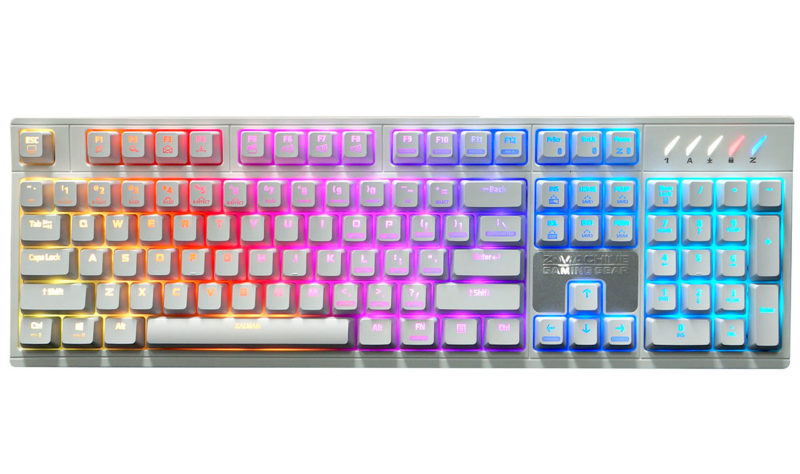 Zalman’s ZM-K900M RGB mechanical keyboard has been out for a while but it seems that an all-white version is finally going to be available in North America. This all-white model of the ZM-K900M RGB was actually announced since October (you can actually see the original launch video below) but did not seem to be widely available until now. This white edition Zalman ZM-K900M RGB is identical in specifications and features as the original black ZM-K900M, utilising Kailh brown switches for a tactile feedback but non-clicky input. It has LED backlighting that is fully RGB so users can change it to their desired colour or leave it transitioning across. Up to 13 RGB LED lighting presets are built into the ZM-K900M which illuminate through the laser etched keycaps.

As expected from any decent gaming peripheral, it has N-key roll over and Windows key lock function built-in. Users can also switch to a regular 6-key rollover for maximum compatibility (such as UEFI or older BIOS). It also has a macro recording option that can simulate and record mouse inputs, a unique feature for a gaming keyboard. 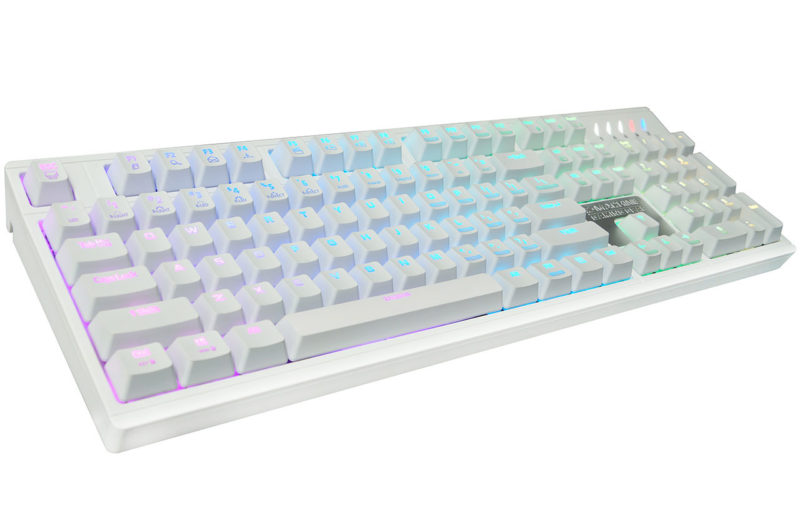 Since it uses Cherry MX clones, the key caps are compatible with any standard Cherry MX compatible key cap that has a 1.25x modifier at the bottom row. It has a standard 100% ANSI layout and a rather conservative frame styling compared to other gaming oriented peripherals. It is available in the United States for $99.99 at NewEgg.com.