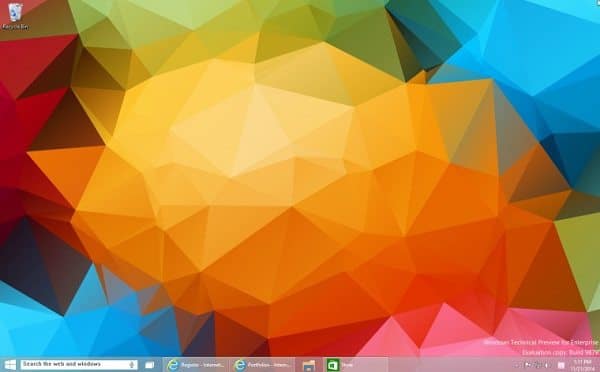 A few weeks ago, Microsoft released a newly compiled version of their upcoming Operating System – Windows 10. However, some tech savvy enthusiasts have cleaned it up a little and re-released it for illegal download.

Obviously we’re not going to link the download instructions here, as we said it’s illegal. But it’s interesting to point out that in this day and age, pirated copies for all kinds of software are generally expected to appear just mere hours or days after the original release. Recently we reported on Ubisoft’s gloat, claiming that all those who had pirated their latest Assassins Creed: Unity game, were met with the inability to change their FOV settings. Just a few hours later, well-known game cracking group Skidrow released an update to their version, allowing consumers to change their FOV as they like. Making their mark and claiming that they weren’t to be messed with.

Back to Windows – this download provides the user with the ability to skip all automatic updates, giving you the complete latest package in one download file.

What are your thoughts on Windows 10 so far? Since the release of Windows 7, we’ve seen many users claim that there is simply no need to upgrade their Operating System, saying that Windows 8, 8.1 and 10 offer no real advancements in software technology to entice them to take the plunge.