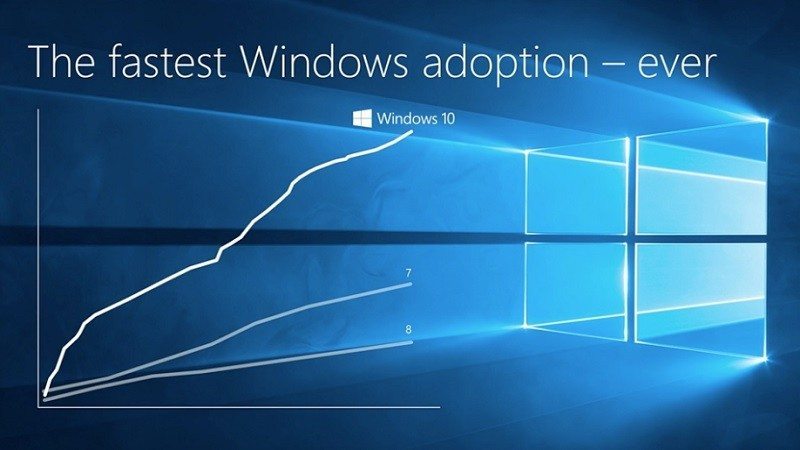 After nearly three years on the market, Microsoft is nearing one of its self-imposed deadlines. At the time Microsoft launched Windows 10, the goal was to hit 1 billion devices and users within three years. Unfortunately, as Microsoft itself has admitted, the target will not be met. With just under 2 years and 6 months under its belt, Windows 10 has managed to hit 600 million monthly active users.

The low target numbers are due to a number of different factors. Microsoft took a big blow with the death of Windows Mobile which was expected to add 50 million devices a year. As a result, that has meant at least 150 million fewer Windows 10 devices in the wild. Other problems have been the strength of Windows 10, slow enterprise adoption and slow PC sales in general. However, Microsoft has still done quite well, adding 100 million users since May. It’s important to note that not all of these devices are PCs either.

Windows 10 is particularly important to Microsoft as part of its long-term vision. The company wants to move Windows towards the Universal Windows Platform, or at least package Win32 applications using Desktop Bridge. This is an effort to help push the Store as the way to distribute software. If Windows 10 growth is sluggish, developers will have no incentive to use UWP or the Store and will stay with Win32. That would not bode well for the health of the Store.

For now, Windows 10 is still holding strong with new installs and upgrades. However, there is still a strong base of older Windows devices, especially in the developing world. Microsoft can console itself with the fact that the forced update model is working. The Fall Creators Update is seeing a faster install cycle compared to the Creators Update. The company appears to have learned its lesson well from the Anniversary Update debacle.