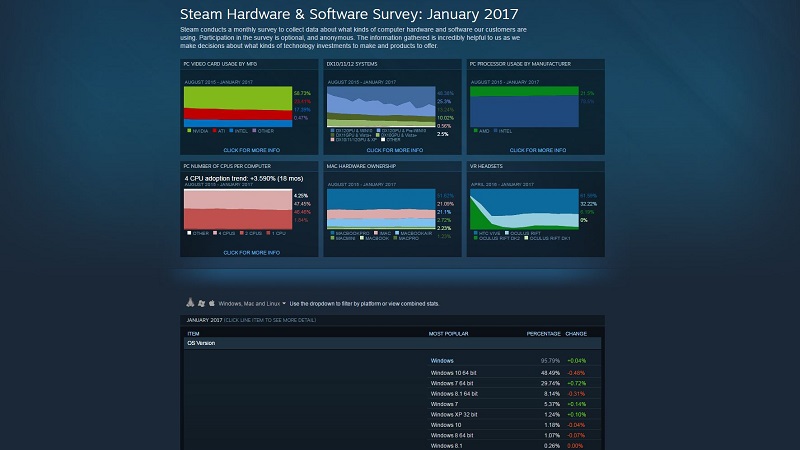 Since the release of Windows 10, the latest Microsoft OS has begun an inexorable rise in marketshare. Surprisingly enough, one group that was somewhat quick to pick up the new OS was gamers as measured in the Steam hardware survey. Since launch, marketshare has gone but consistently but it appears that there might be some speedbumps along the way.

What this is showing is that Windows 10 growth has somewhat plateaued among Steam users. More interesting is the fact that there are still users who are installing Windows 7 on new builds. While the new OS is largely an improvement, Windows 7 does have a few things going for it. After getting so close to the 50% mark, we’ll have to wait and see when Microsoft can claim more than half of users will be on their new OS.