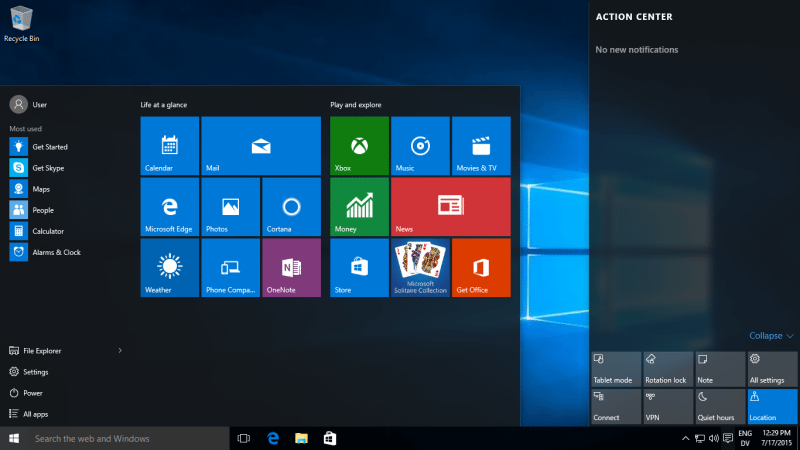 Microsoft was preparing a significant update to Windows 10 but this has suddenly vanished without reason. The 1511 build was originally available through the Media Creation Tool and even allowed users to create a fresh install of the latest version. However, the latest 1151 build has now been removed in favor of the July’s version and you cannot perform a clean install of Microsoft’s latest revision. To clarify, the 1511 build will be available very soon via Windows Update, but any users running an earlier operating system have to download the RTM version, and then apply the update. Microsoft released a statement to Ars Technica regarding this issue and said:

“Microsoft has not pulled the Windows 10 November 10 update. The company is rolling out the November update over time – if you don’t see it in Windows Update, you will see it soon.”

One theory is the .ISO files are encountering problems with Bitlocker encryption and the files themselves could be causing authentication problems. Brad Sams at Petri suggested Microsoft’s small QA team and streamlined approach is going to result in major bugs, and instability. This is certainly an interesting theory and makes sense given the recent problems with sleep mode, and random high CPU utilization on the Mail client.  I’ve personally experienced a host of problems with Windows 10 and honestly feel like it’s not a polished operating system. Obviously, this all depends on each user’s experience but the November update mess doesn’t evoke a sense of confidence in Microsoft’s ability to produce seamless updates.