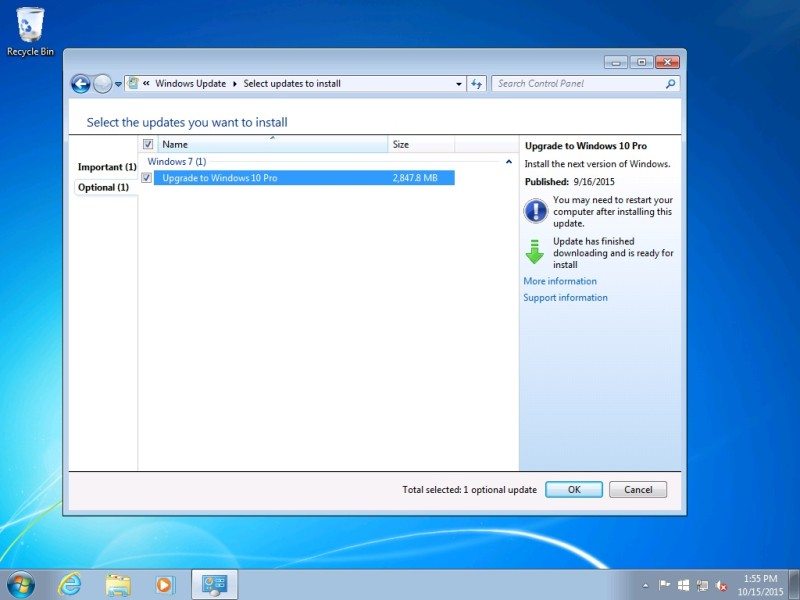 Microsoft has been pushing their new Windows 10 OS pretty heavily since launch a little over two months ago. Due to those efforts, the Windows 8.1 replacement managed to hit 75 million installs in just 1 month, with the 2nd month reporting in at over 110 million installed devices. We’re now getting word though that some of these installs may have been done by unsuspecting users who had the Windows 10 upgrade automatically install.

While Microsoft has claimed this issue was caused by a soon to be fixed error, this is the first time that an optional update has been checked off. Combined with other buggy issues, either Microsoft is playing with the truth or their quality control has slipped up. Either way, though, needs to ensure that they respect users choice, something Windows 10 has not been doing a good job about.

Thank you Ars Technica for providing us with this information