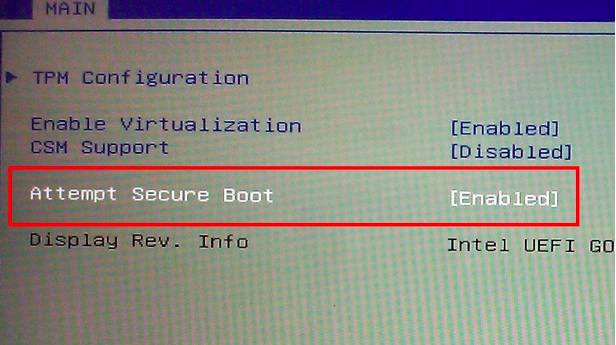 Microsoft launched the secure boot function together with Windows 8, a thing the open source software association and many users weren’t happy about. Manufacturers had to enable this mandatory in order to get the “Designed for Windows 8” certification and logo. This looks set to change now as the Windows 10 requirements were released during the WinHEC conference held in Shenzhen. It is now optional whether manufacturers want to enable it for Windows 10 desktops, changing from the previous mandatory state.

Secure boot in itself is a great feature, preventing rootkits and rogue boot loaders to get hold of your system. But the drawback is that you can’t dual-boot Windows 8 and Linux, the mechanism prevents this. 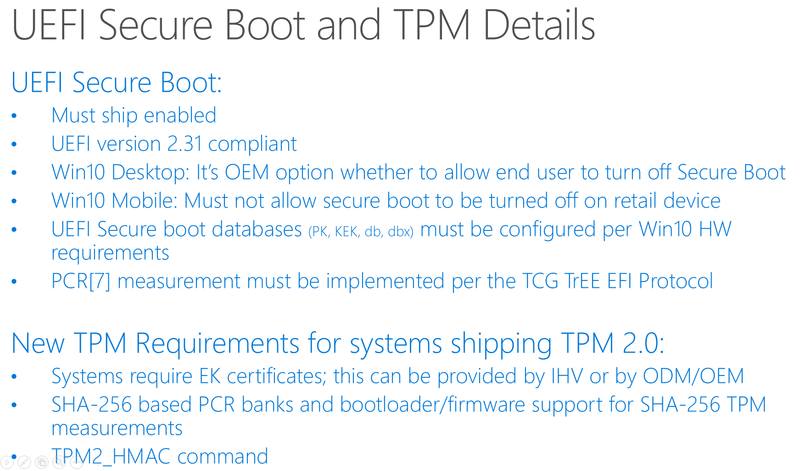 There is still some time until Windows 10 is launched, so this might change again. But if it sticks, it could mean a lot less hassle to get dual-booting systems to run and also fits with Microsofts current scheme for more openness and cross-platform functionality.

Thanks to CNbeta for providing us with this information