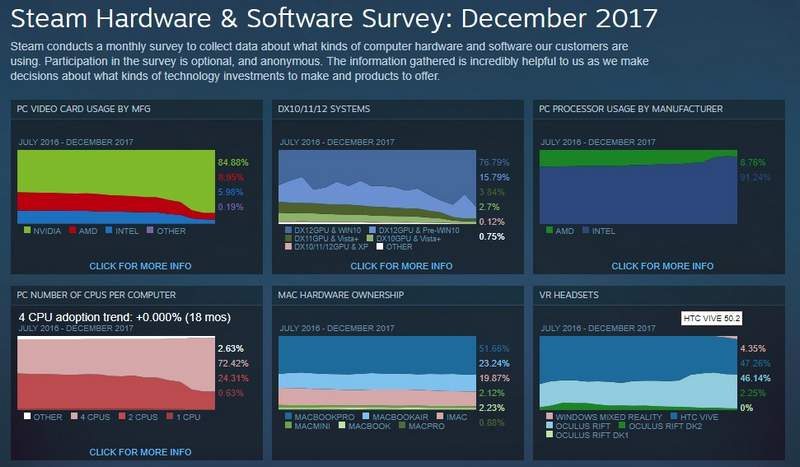 Valve has finally released the latest Steam Hardware Survey for December 2017. It has some surprising revelations, although not nearly as surprising as one would expect. For starters, Windows 7 64-bit still holds the majority share. This is after a massive bump from two months ago with a 22.45% bump, totaling a 64.90% share. Windows 10 64-bit has now gained 13.15% but still falls shy behind Windows 7 64-bit with its 54.59% share by the end of December. This is even with a 15.10% drop from November.

This is still due to the large influx of mainland Chinese gamers joining the platform. Although their number has now dropped by 15.31% from November, they are still the majority at 49.04%. English language users are at a distance second at 23.42%, although this is after a 6.40% bump from November.

For more details, check out the survey here: http://store.steampowered.com/hwsurvey/