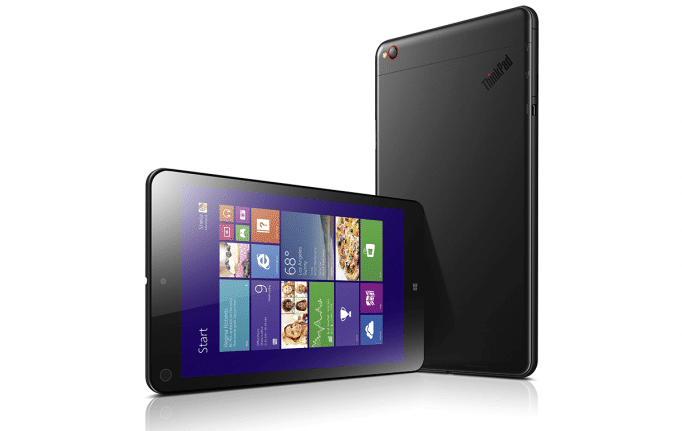 Lenovo has released their version of Windows tablet, the ThinkPad 8. It’s their new Windows 8.1 tablet, and it may just be the best 8 inch Windows tablet that you can buy today.

The highlight of the Lenovo ThinkPad 8 is its beautiful 8.3-inch screen. It is an IPS display with 1920 x 1080 resolution. This is a big step up from the 1280 x 720 displays we’ve been seeing thus far. Under the hood is a 2.4GHz quad-core Intel Atom processor. The tablet runs a full version of Windows 8.1 Pro, which means all your desktop apps will run just fine. Expansion ports include a micro USB 3.0 and micro HDMI. Internal storage can be maxed to 128GB with options of 32GB and 64GB as well.

Unfortunately there is no stylus support on the Lenovo ThinkPad 8. However Lenovo has included an optional Quickshot Cover which wakes up the device when removed from the screen. It also doubles as a stand. On the back of the tablet is an 8MP camera and also one on the front for video calls. There is also an option to choose a model with 3G/LTE. The Lenovo ThinkPad 8 will go on sale later this month for a starting price of $399.