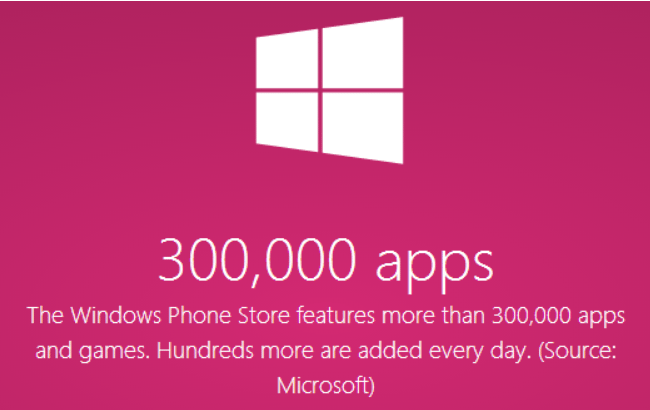 Wow that’s a big number, still not anywhere near ready to compete with Google and Apple but it shows that things are changing for Windows phones and Microsoft.

A spokesperson from Microsoft spoke with The Next Web and said:

In 2012 the Windows Phone Store has a mere 100,000 apps to its name, now two years later that figure has tripled, impressive for two years. The Windows app market is growing at a rapid rate, more developers are moving onto the platform and more and more apps are sprouting up all over the place. In the last 6 months alone, 100,000 new apps were made for the Windows Phone Store. So maybe Windows Phone isn’t a dead platform after all, with rapid growth in apps and users with more phones accepting it as an OS, things are looking up for Microsoft and their Windows phones.