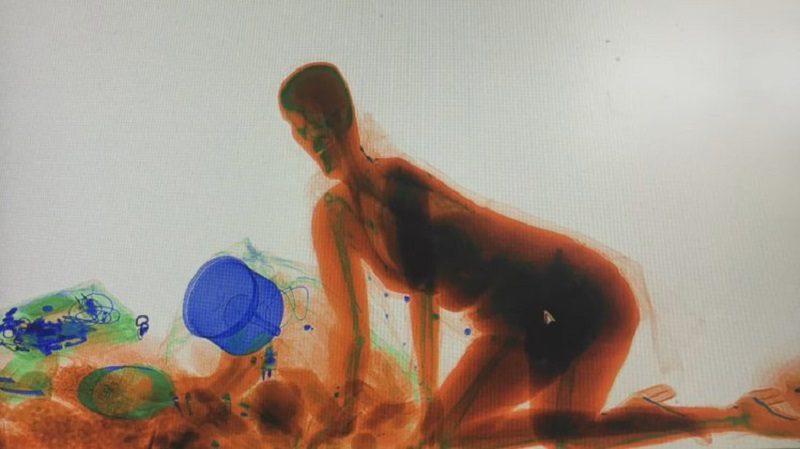 Given the way the modern world it, it isn’t unusual anymore for your possessions to be x-rayed before entering a public or government building. It’s quite a common thing and most of us don’t grumble about it.

One woman, however, got a free x-ray after an issue of mistrust with train station staff.

It’s not that I don’t trust you but…

Upon arrival at Dongguan Railway Station in China’s southern Guangdong Province, the lady quite happily handed over her luggage but refused to part with a smaller handbag. At the insistence of the security team, she was told that she would also have to let the smaller bag be scanned. Not willing to part with it, however, the lady decided that the only way that would be done was if they scanned her too. As you can see in these 100% genuine photographs, they obliged. 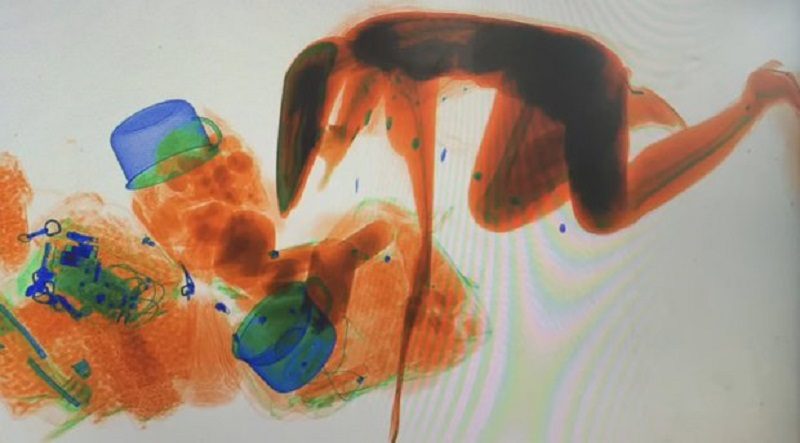 A good question which might have you wondering why. Well, I would refer again to the Chinese New Year celebrations. At this time of year, it is not uncommon for families in China to gather and give gifts. That gift is traditionally money in a red envelope.

I don’t think it’s, therefore, too much of a stab to suggest that she was carrying money in the bag.

Well, in a report via Metro, the staff were too shocked to see the woman climb on the belt that they failed to stop her. She has for her trouble got a free x-ray, but I doubt that this was particularly healthy for her either.

On the plus side, there have been many misadventures discovered with x-rays. At least she hasn’t been exposed for one of these. 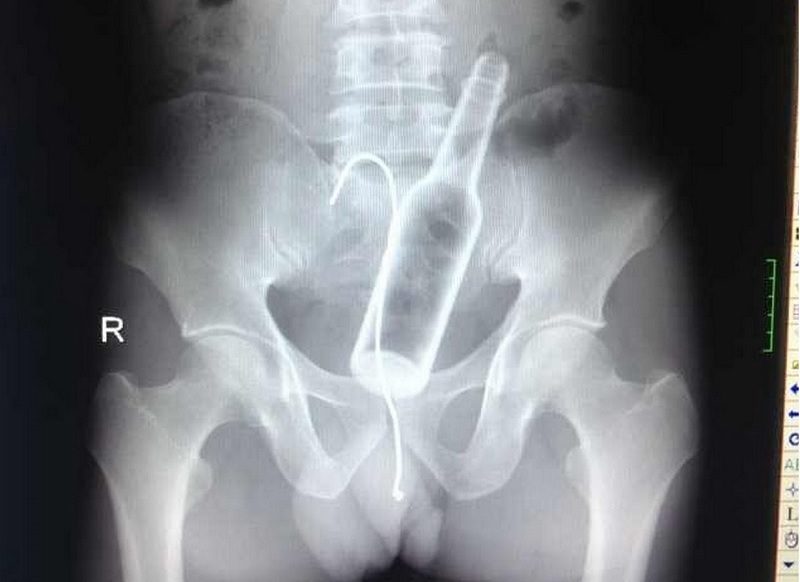